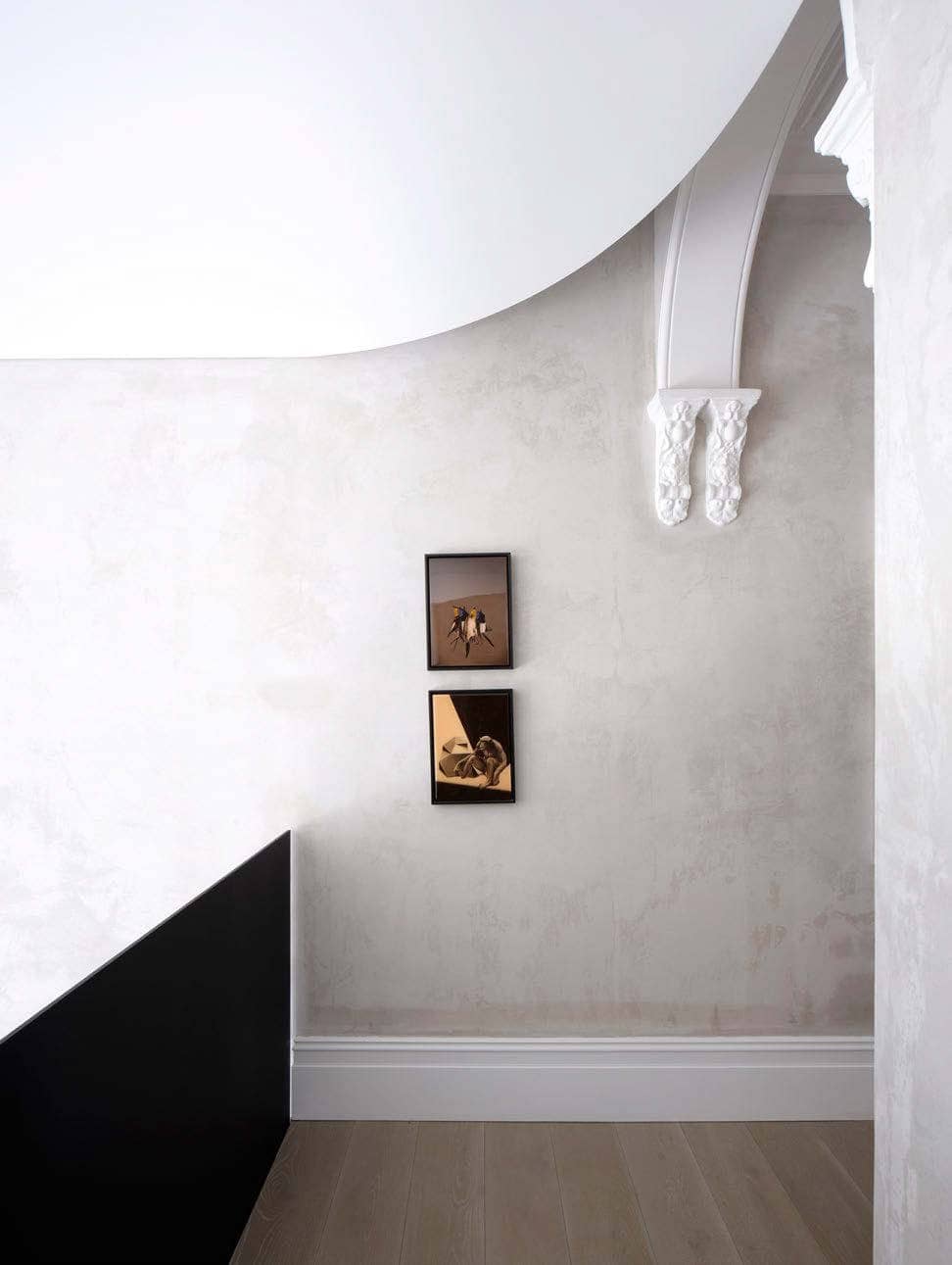 A contemporary tower and dramatic extension have brought a thrilling new dimension to a gracious historic terrace in Sydney’s eastern suburbs.

This reimagined 1883 terrace is the ultimate expression of the past and the future intersecting in the present. The gracious, five-storey house in a tree-lined street in Sydney’s eastern suburbs has welcomed an adjoining contemporary tower and an expansive new living space at the rear, to answer the owners’ wish for space, light and sun. Lena is the third house that William Smart of Smart Design

Studio has worked on for the couple, following Mandolong (Belle, April/May 2010) and Orama (Belle, August/September 2015). With four adult children and grandchildren visiting frequently, the owners had specific requirements for this renovation and, having lived in the house for a year before embarking on the revamp, were very cognisant of the home’s pluses and minuses. 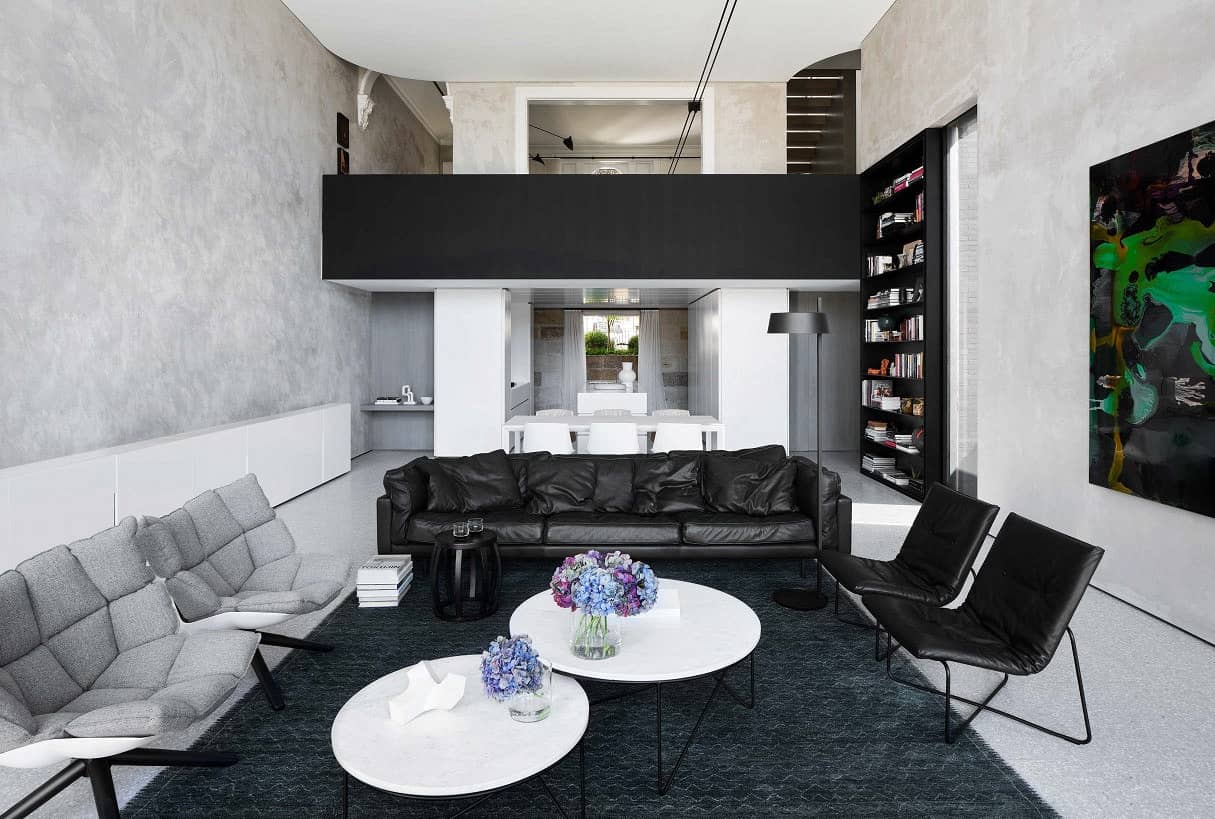 The property had been renovated previously but the new owners felt it was very “tight and cold”. William says, “There was no flow and it was dark even though the back is north facing.” He knew immediately how to introduce drama as well as light and space – remove a floor and create a void. “It was a big, bold move and the owners really appreciate the wow,” he says.

It is a thrilling moment to arrive at the end of the entrance hallway and look over from this mezzanine level to the vast living space below with its soaring 5.7-metre-high ceiling. 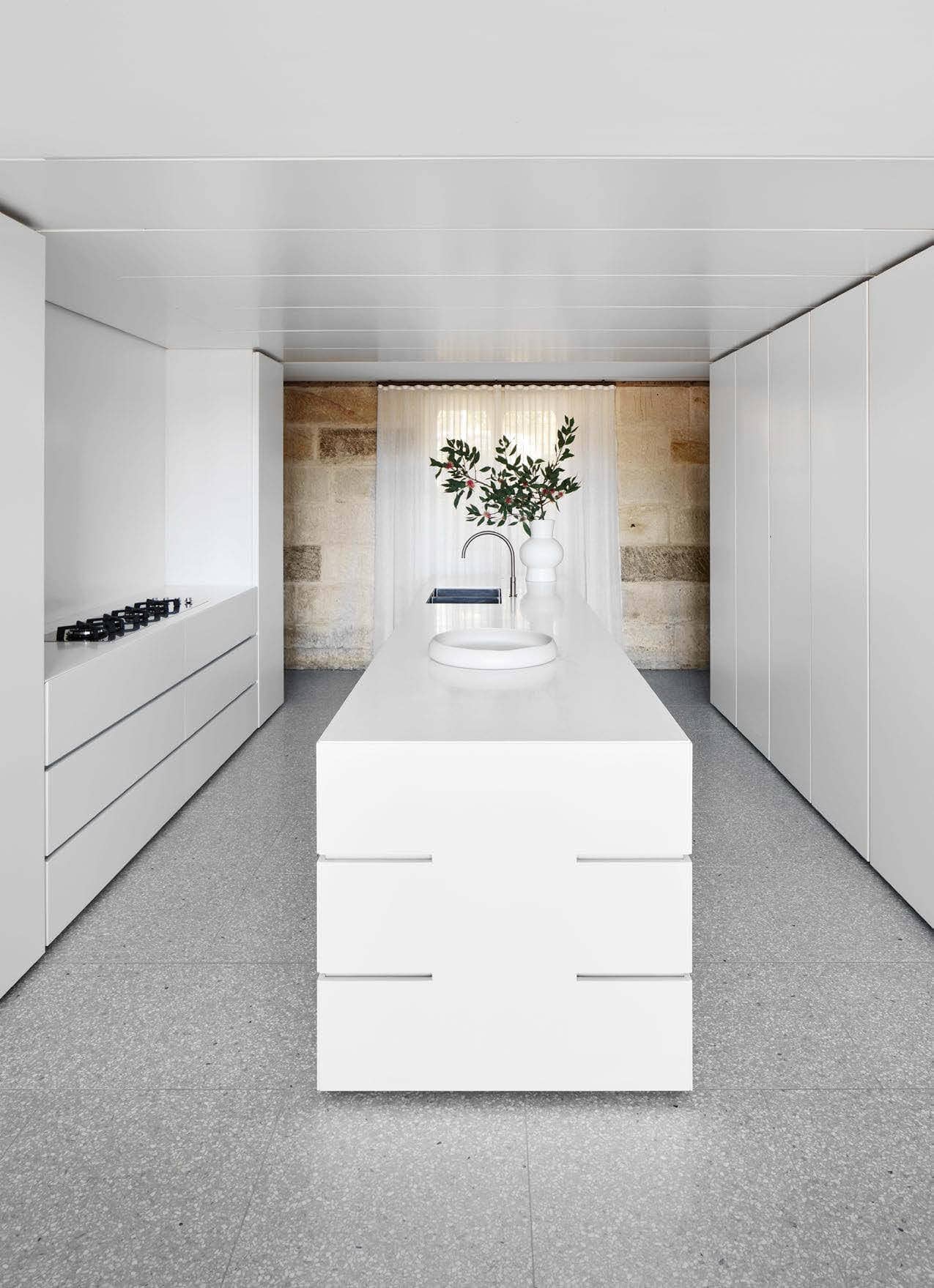 “When you provide a void it makes that area feel more than twice the size,” William says. “A void gives so much more than it takes – providing incredible drama and making the rooms below feel very alive, airy and bright. It’s something I really believe in – that the quality of space outweighs the quantity.”