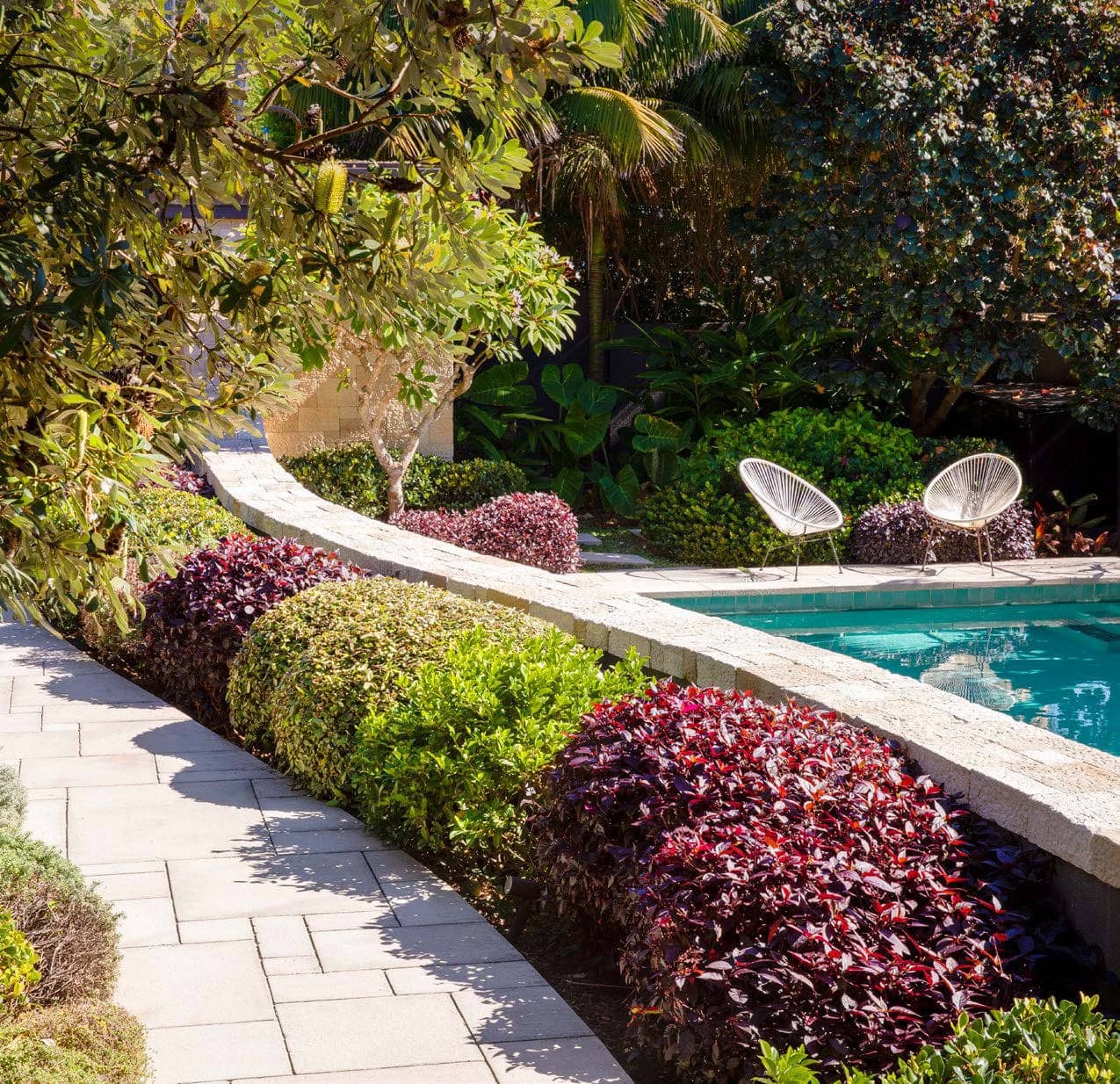 On one face, this is a gracious, shady garden that ushers visitors to the front door while on the cliff side a tougher side emerges with coastal plantings that can weather oceanic tempests.

This is a tale of two gardens, not just one. In 2010, Hugh Main of Spirit Level was invited to work on this house in Sydney’s eastern suburbs by architects Weir Phillips who had masterminded its renovation. The spectacular site on the edge of a cliff overlooking the Pacific Ocean would provide Hugh – with apologies to Charles Dickens – “the best of times and the worst of times”. 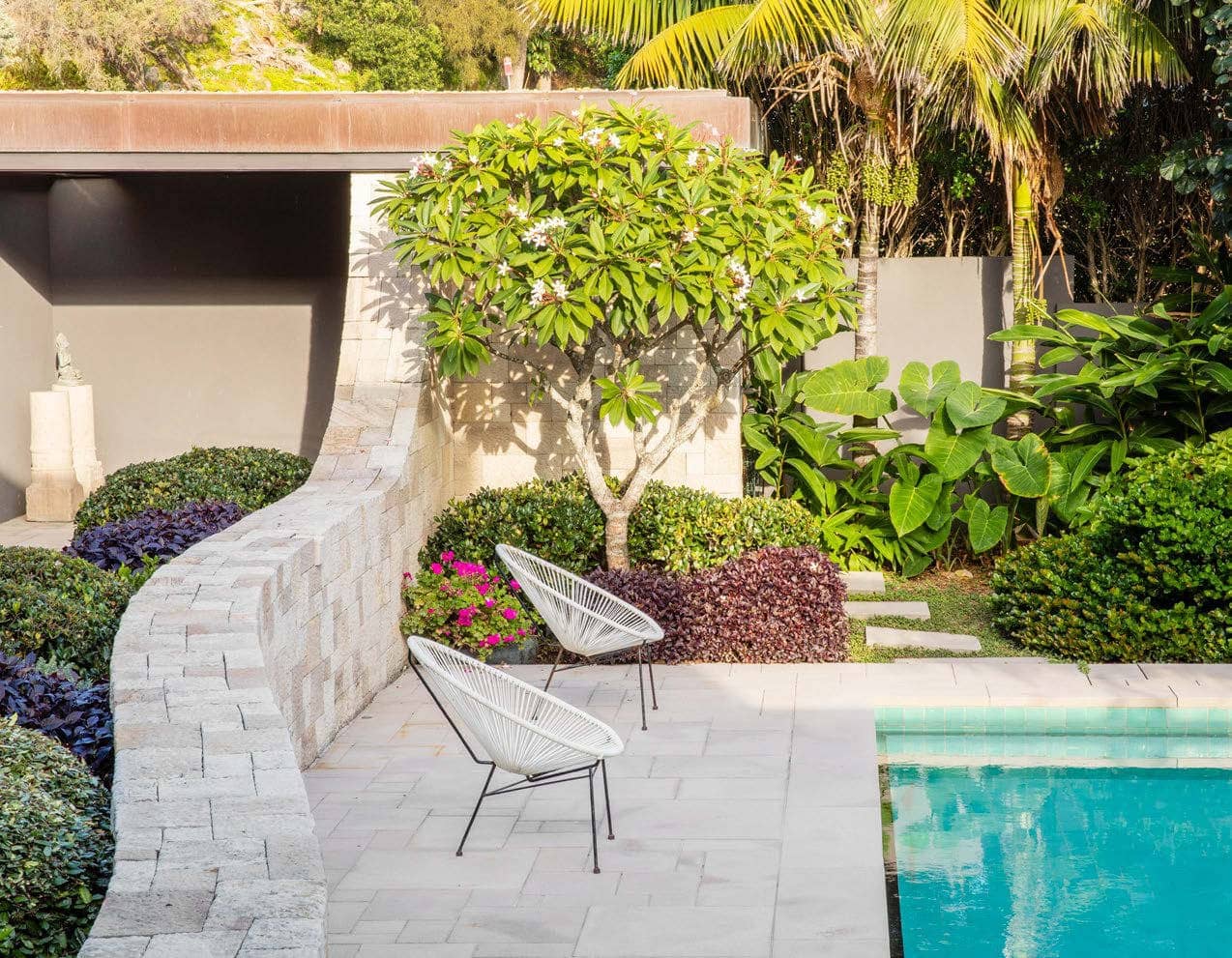 “Being on an exposed headland is its greatest asset, but also its greatest challenge,” he says. “All plants on the ocean side of the property had to be frontline coastal species.” But, where there was protection from the winds behind the house, the garden tells a vastly different story. Here he could plant “more sensitive species, which give the space a lush feel around the pool. There we retained a couple of kentia palms which set the tone.” 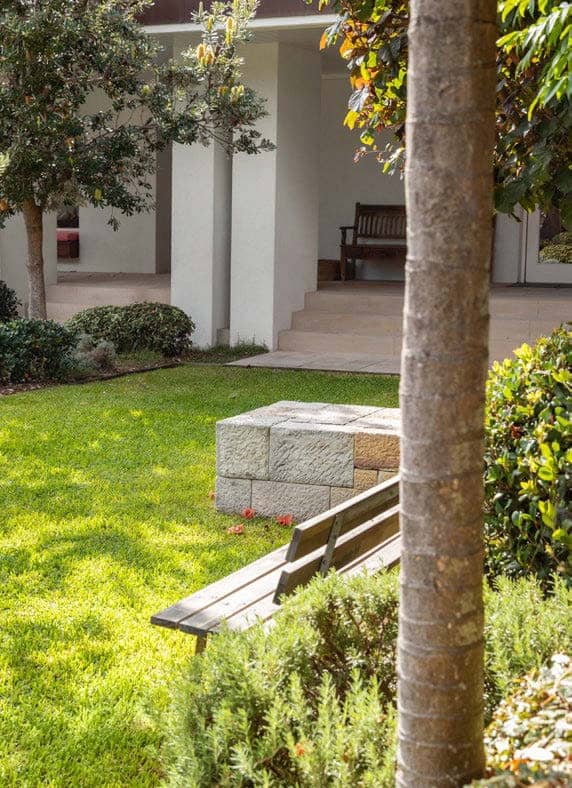