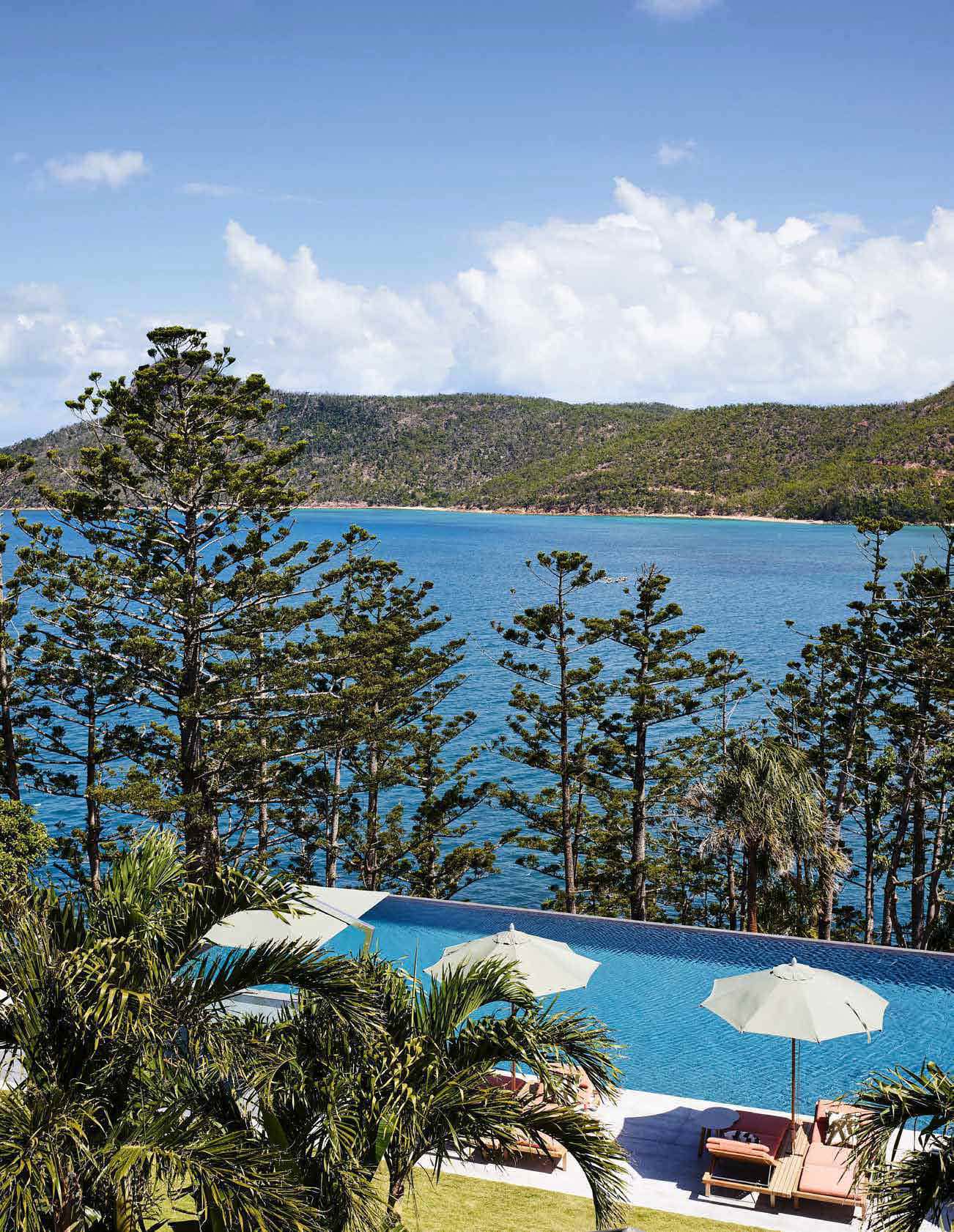 Despite designer Greg Natale’s unadulterated passion for metals (it’s practically a signature look) there’s hardly a slither of gold, brass or copper in this Hamilton Island home. It’s not a complete style-360 by Greg, it’s just that decorating houses in the tropics imposes a few material restrictions. And metal is out. Salt spray will corrode everything from doorknobs to toasters, so this beachy holiday home ended up being a 1970s-inspired study in rosewood and walnut.

The family who own the house holidayed on Hamilton Island at Qualia and fell under its spell. Qualia’s breathtaking pavilion-style suites were designed by local architect Chris Beckingham and the result is heavy on the native woods, and big on the glass frame windows that capture island passage views and the mature angophora trees that typify Hamilton Island’s Jurassic vibes. 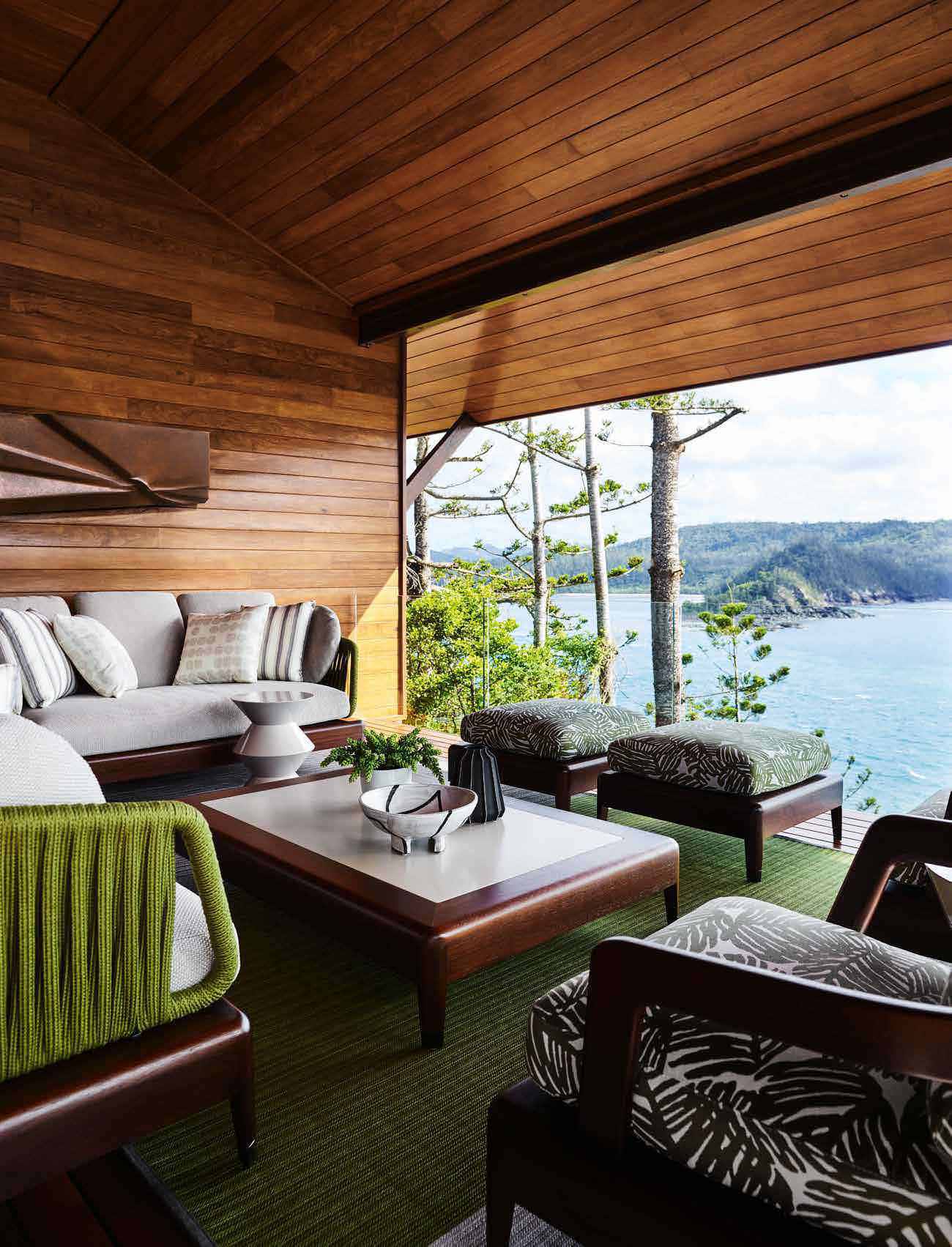 “Yes – they wanted a little bit of Qualia for themselves,” laughs Greg. When two blocks of land became available next door to Qualia it made a dream holiday home possible. All that was left to do was to coerce Chris Beckingham out of retirement for one last hurrah.