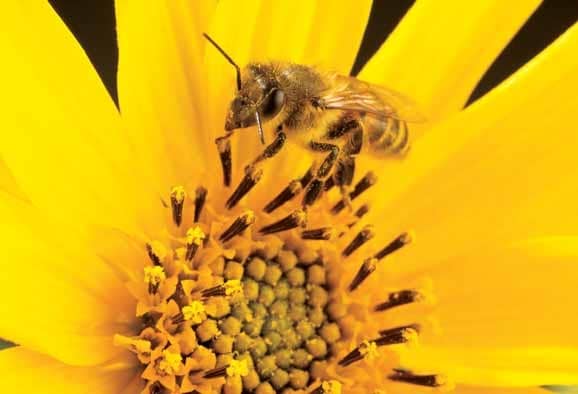 TUCSON, ARIZONA—Honey bee colonies foraging on land with a strong cover of clover species and alfalfa do more than three times as well than if they are put next to crop fields of sunflowers or canola, according to a study just published in Scientific Reports by an Agricultural Research Service (ARS) scientist and his colleagues.

Managed honey bee colonies placed from May until October next to land in the U.S. Department of Agriculture Conservation Reserve Program (CRP) in North Dakota were more robust with better colony health including higher numbers of bees and increased ability to turn nectar and pollen into vitellogenin—a compound that plays a number of roles including serving as the base for producing royal jelly, which bees use to nurture larvae and turn larvae into queens.

Vitellogenin also is a critical food storage reservoir for honey bee colonies, and a colony’s success in the spring depends on total vitellogenin reserves carried by specialized bees over the winter. Vitellogenin prolongs the lifespans of queens and forager bees as well as strongly influencing key behaviors that increase colony survival such as determining how old bees are before they begin foraging and whether they tend to gather nectar or pollen.

MORE STORIES FROM AGRICULTUREView All