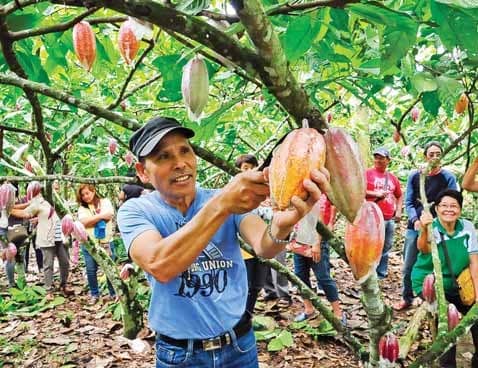 FERMIN ANOG, 61, has been a farmer all his life. Prior to the introduction of a Community-based Participatory Action Research (CPAR) project in Calinan District, Davao, Mang Fermin is already into cacao growing, but he was into planting native cacao.

CPAR is one of the banner programs of the Bureau of Agricultural Research (BAR) and is being implemented nationwide through the various Regional Field Offices (RFOs) of the Department of Agriculture (DA).

The CPAR on Cacao Production, which started in 2016, aimed to increase the production of cacao in Calinan District, particularly in two baranggays (Sirib and Subasta), by introducing various research interventions including the integration of cacao recommended varieties, as well as capacitating the farmers on cacao production management.

“I become a CPAR farmer-cooperator with the help of the agricultural technician here in Calinan District. She invited us in a meeting wherein CPAR was introduced to us. We saw the goodness and advantage of having been involved in CPAR so we decided to be involved,” recalled Mang Fermin.

According to Grace Gutierrez, CPAR coordinator of DA-RFO 11, they chose cacao because it is one of the major crops being grown in the Calinan District. “One problem that we observed during the site validation was that their old cacao trees (more than 20 yrs old) have been producing less, and yet the farmers wanted to sustain them as they were good varieties and high yielding, too. But the problem is the technology to apply to return it to high yielding tree and to preserve it as well,” she said.

She further mentioned that due to the limited knowledge in the current technology, problems such as unmanageable pest and disease occurrences, and soil exhaustion also resulted in low yield. “And this has something to do with the farmers’ lack of interest in participating in seminars and trainings, inefficient information dissemination, and lack of adoption in technical recommendations,” said Gutierrez. 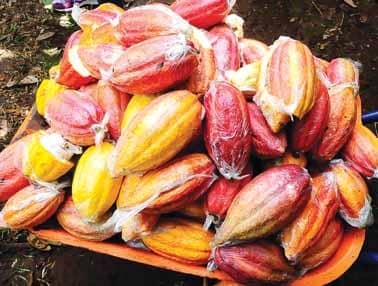 MORE STORIES FROM AGRICULTUREView All