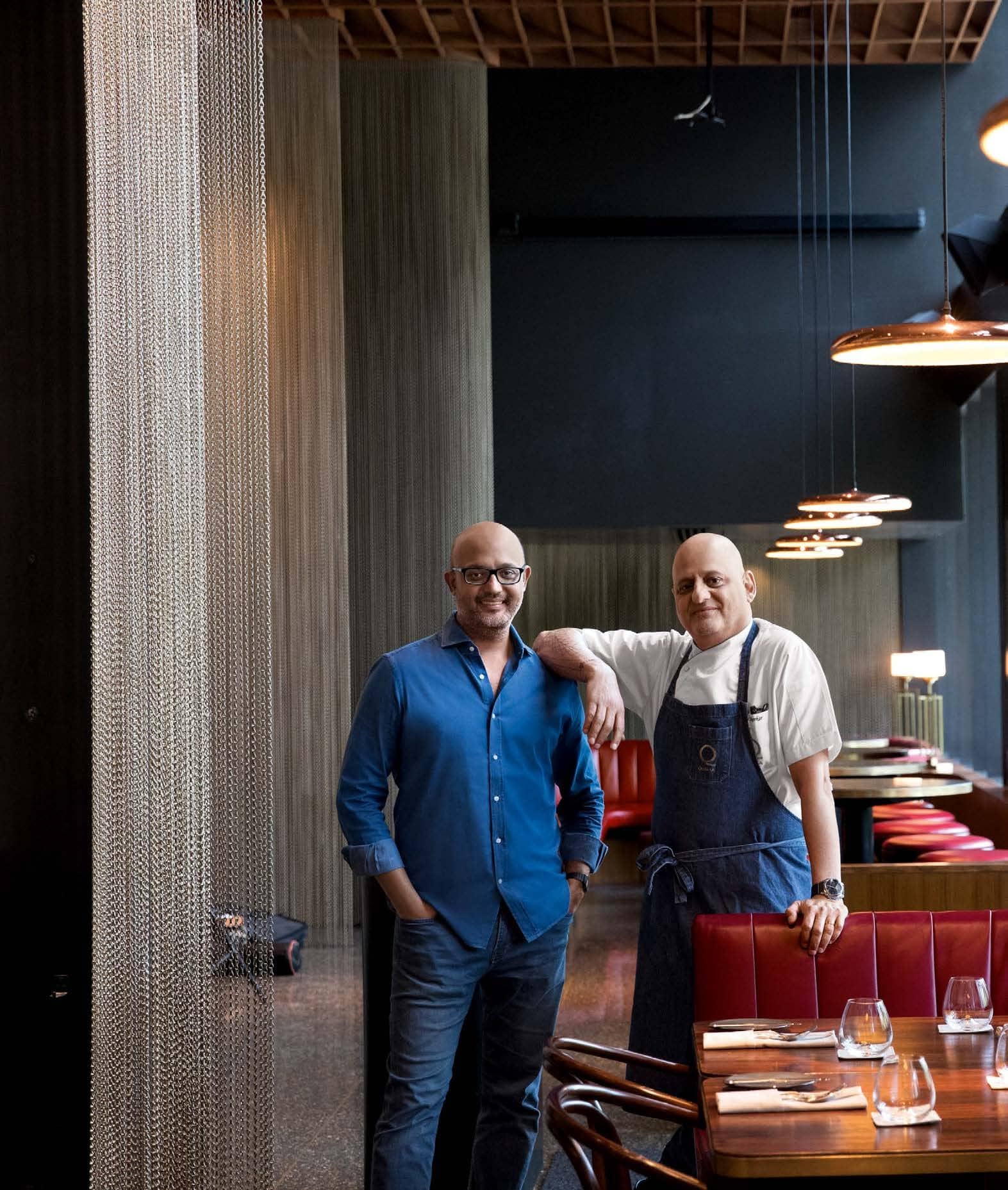 Halfway through May this year, and not even a month into Qualia’s opening, Rahul Akerkar wore an octopus. In a photograph he posted online, the chef wore, on top of his whites, a denim apron with the restaurant’s logo embroidered in gold, and a cephalopod on his head. The sea animal’s mantle stretched to form a glossy hairline and its tentacles were Akerkar’s dreadlocks, beaded with suckers, trailing onto his shoulders. Akerkar had one of the marine mollusc’s arms raised with a pair of black tweezers, and he was slightly cross-eyed from trying hard to look up at the creature on his head.

Just one season in and Qualia has already established itself as a place of surprising, fun juxtapositions. In a high-ceilinged room sectioned with gently billowing curtains of glimmering chainmail, it o ers diners familiar fl avours in wildly unfamiliar combinations. The sophistication, scale and glamour of the room, and the astonishments on the menu—tuna tartare with kokum saar (thin, light soup), burnt lemon risotto with sa ronbraised fennel, duck-neck sausage with pickled plums, steak and runny egg on a pu y pizza from the wood-fi red oven, to name a few—are made approachable with the Akerkars’ well-established spirit of generosity and hospitality, and the friendliness of its team. One diner said she loved her meal at Qualia because “it is cuisine agnostic”. 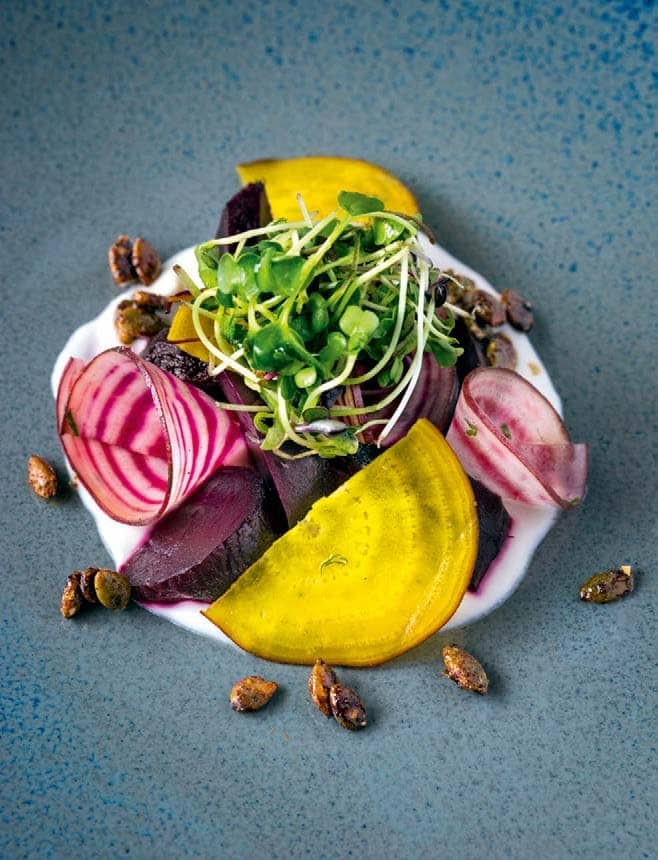