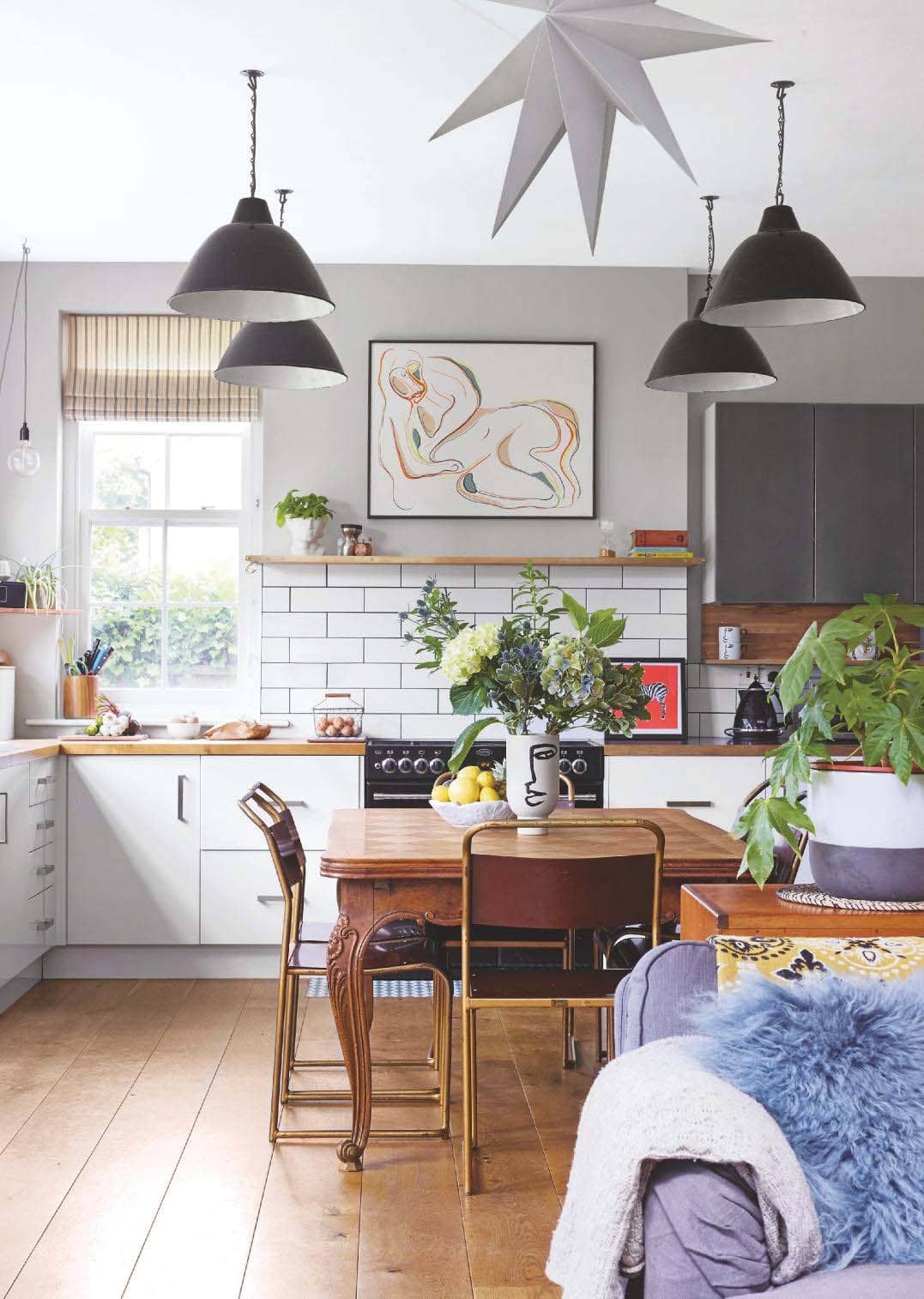 For someone whose home is filled with artwork, interesting end-of-line fabrics and upcycled furniture, printmaker Ruthie Hudson has an unexpected confession. ‘Secretly, I like the idea of living in a sleek minimalist box,’ she says, ‘but in reality, I’m too sentimental. I enjoy collecting “stuff”, especially things that feel as if they have a back story.’ Her 1930s Lincolnshire house might be short on echoey white spaces but it has plenty of personality. 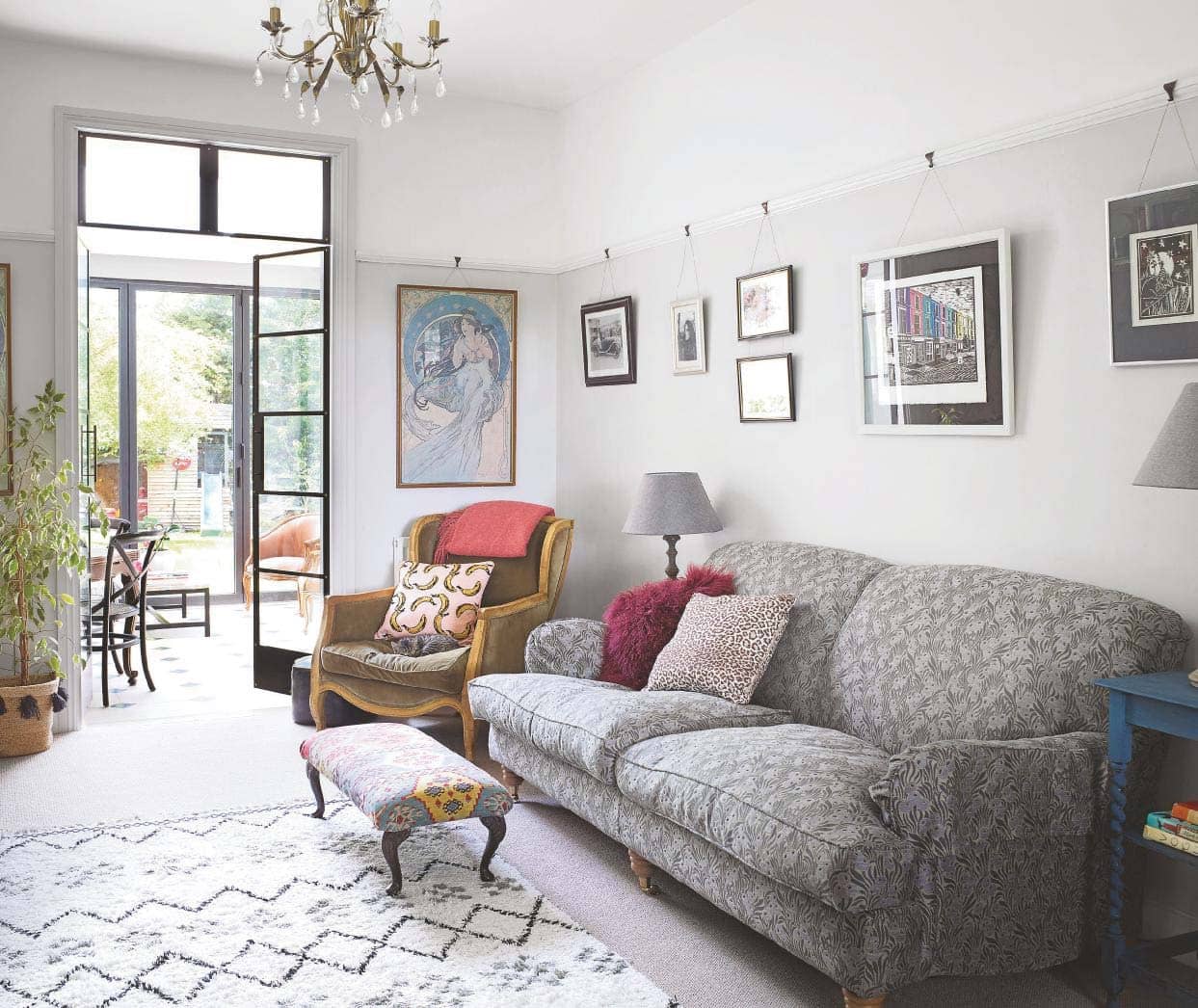 Ruthie, her husband Michael, who runs a vintage and pre-war car restoration business, and their sons Jasper, eight, and Felix, five, live in the house, which was originally built as accommodation for a police officer, but had been used as storage for many years by the time they viewed it. Weeds and plants had taken root in the window frames and the garden was so overgrown that they couldn’t see where it ended. This abundance of space at the back of the property was to become a bonus, though, as it meant that over the next few years the couple could extend the original two-up, two-down building, adding a larger kitchen-diner, a garden room and two bedrooms.