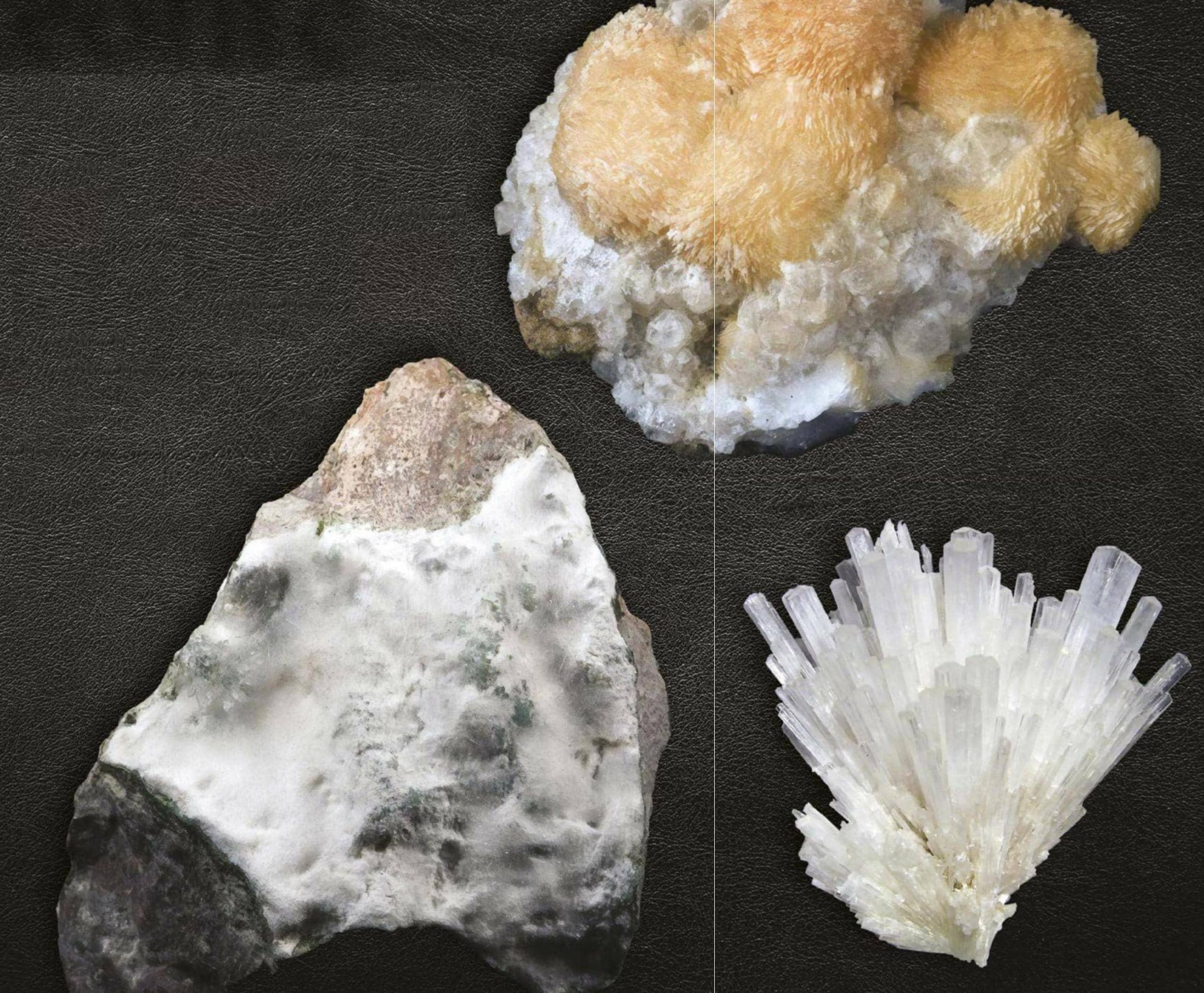 Scientists have identified about 5,000 different mineral species. With so many minerals, it’s not surprising for several to have closely matching physical and chemical similarities. Scientists have established a grouping system for species with closely matching properties to provide for ease of study. Some groups only have three species, the minimum required. Other groups like the mica and autunite groups have more than 40 members.

The zeolite group is unusual, as it is considered to be two separate groups. Zeolites in the main group have all the required properties to be in that group. Other zeolites have the same properties, save for one or two that are different enough to be treated separately. Combined, the two groups include more than 75 members. Zeolites form when hot volcanic rocks react with groundwaters. The more prolific sources of zeolite minerals are in areas of vast volcanism. They also occur in ore veins and sedimentary rocks.

There is also some confusion about zeolite minerals. Collectors often assume any mineral found in a zeolite environment is a zeolite, but it’s not so. Such beauties as cavansite and apophyllite are two species mistakenly thought to be zeolites. Because of this, the second group of non-zeolites is often treated with the zeolites. To help distinguish between them, we’ll offer two companion articles, “Zeolites” and “Non-Zeolite” in future issues of Rock & Gem.

In a brief article like this, it would be a physical impossibility to describe every one of the 75 or so known zeolites. Some are rare and seldom seen. Others are known only to the micro-mounter using special equipment. In this article, we’ll treat zeolites most often seen at shows and are enjoyed by the average collector.

The first obvious question is, “What’s a zeolite?” The name comes from zein which is Greek for “to boil,” because they often do just that when heated in a closed container. Several other criteria define a zeolite, the most important being its molecular structure. Each has to have a three-dimensional network that presents either in sheets, cage-like, or chain-like. In each case, the molecular structure must be an open network. Chemically a zeolite must contain AlO4 and SiO4 in tetrahedron form, and these must share their oxygen atoms, which makes the three-dimensional cage-like structure possible. Water must also be present, as well as ions of alkali or alkali earth metals that have replaced to some degree the aluminum or silicon oxides. It is this structure that gives zeolite its filtering action to capture impurities in the water as it passes through.

This is a simplified explanation of why a zeolite works, but it also helps us understand why zeolites can act as filters and be sieve-like.

This open structure and the presence of chemically active alkali or alkaline earth elements make the zeolite become negatively charged as water runs through it, and this attracts the water’s impurities turning hard water into more useful soft water.

When a zeolite is heated it dehydrates, water is lost as it appears to boil hence the name. This loss does not change the molecular structure of the mineral’s open network.