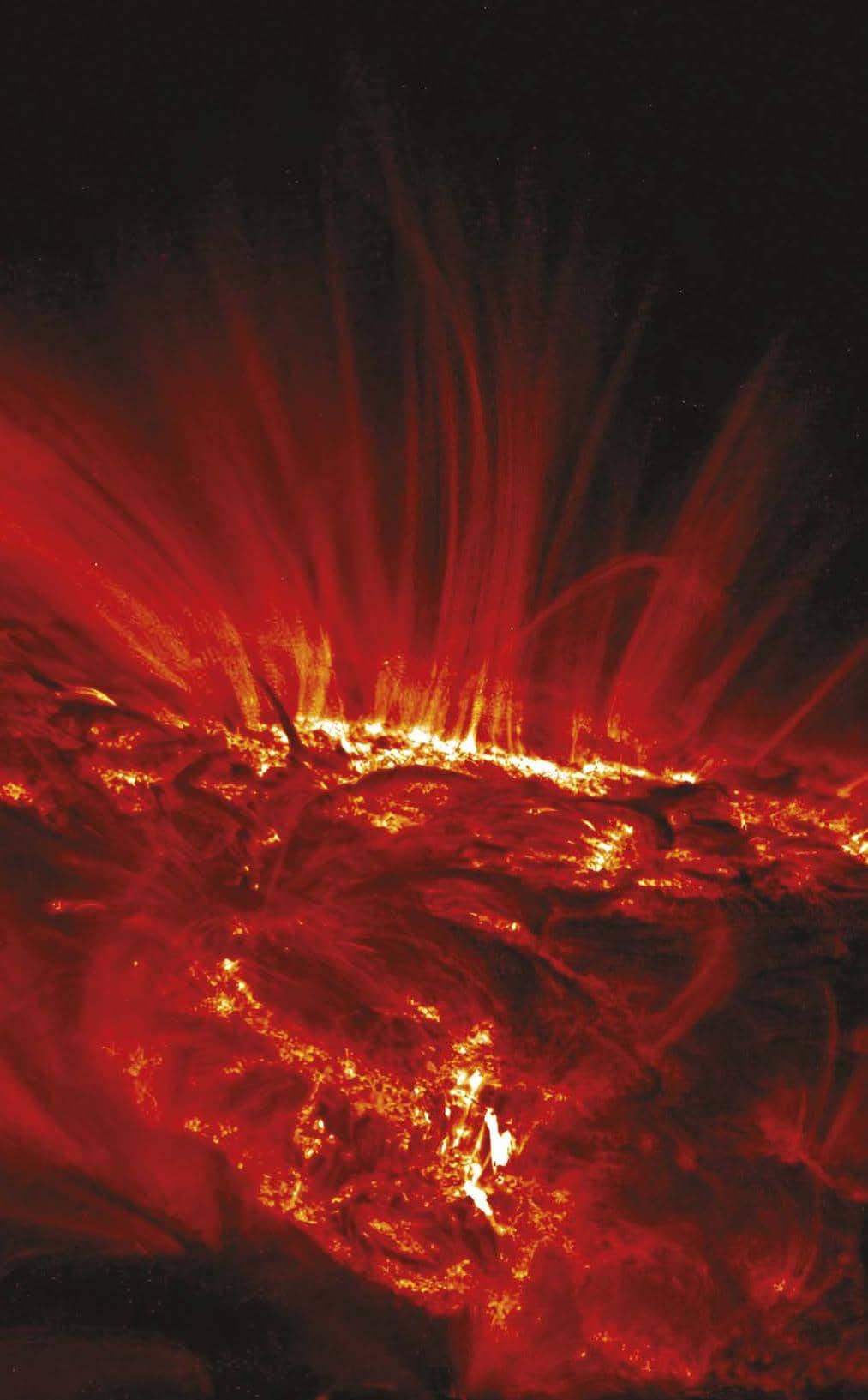 The sun at the center of our solar system goes through an 11-year solar cycle during which magnetic fields emerge, forming sunspots. At maximum points in the solar cycle, hundreds of such sunspots emerge. At a minimum, sunspots are almost altogether absent.

What difference does it make? At solar-cycle maximums, those sunspots are indicative of solar flares that release storms of magnetized solar plasma. These, in turn, produce not only beautiful northern and southern lights (the Aurora Borealis and Aurora Australis) here on Earth, they also can wreak havoc on satellites, power lines, and Earth’s climate. In fact, at the extreme end of the scale, high stellar activity can sweep away an orbiting planet’s atmosphere!

Scientists had thought our sun was stemming its magnetic activity cycle and heading toward a less active state, but, per a recent report in the journal Science, studies of other stars indicate that our sun may be just warming up. Our sun’s magnetic activity level would seem to be lower than comparable stars out there in the universe. Could this mean our sun might reach higher activity levels? And if so, what would be the consequences to our power grids, astronauts circling in space, and the atmosphere enveloping and protecting us all?

Scientists are turning ever more eyes on both our own sun and other stars, striving to resolve such questions for those of us down here on Earth.