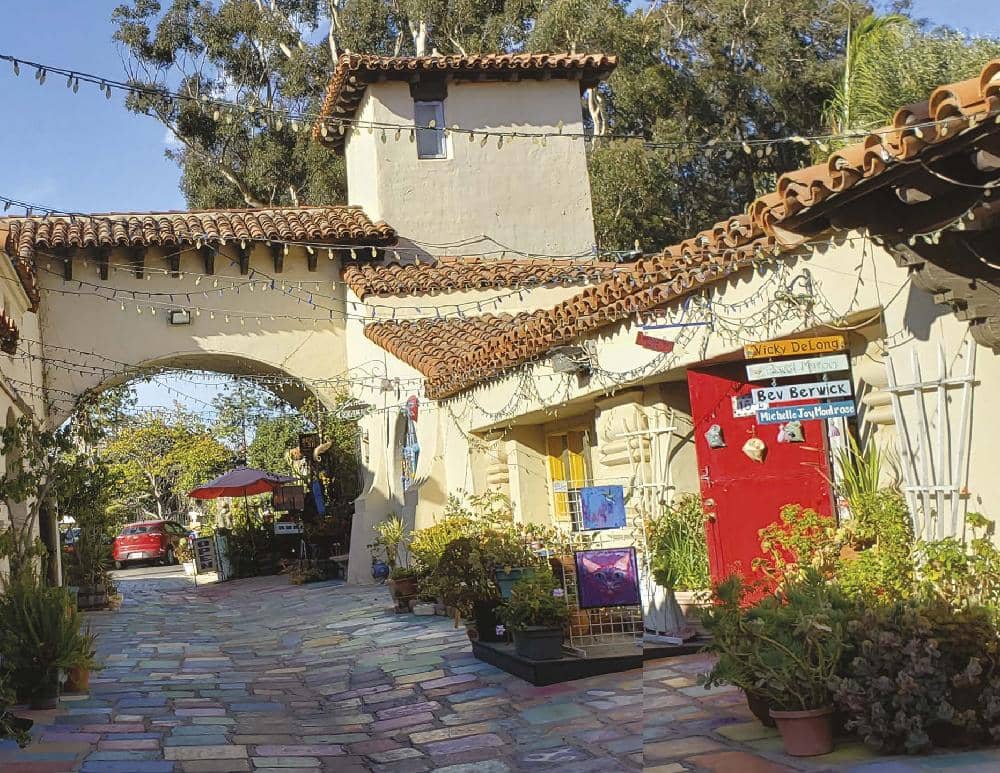 The San Diego Mineral & Gem Society (SDMG) is fortunate to occupy a building for their society, workshop and museum collections within the famous Balboa Park, adjacent to the picturesque Spanish Village, in downtown San Diego.

My husband, Andrew, and I visited San Diego in November 2019, following an invitation from SDMG President, Jim Parrish, to give a presentation during the society’s monthly meeting, and see the workshop and museum. 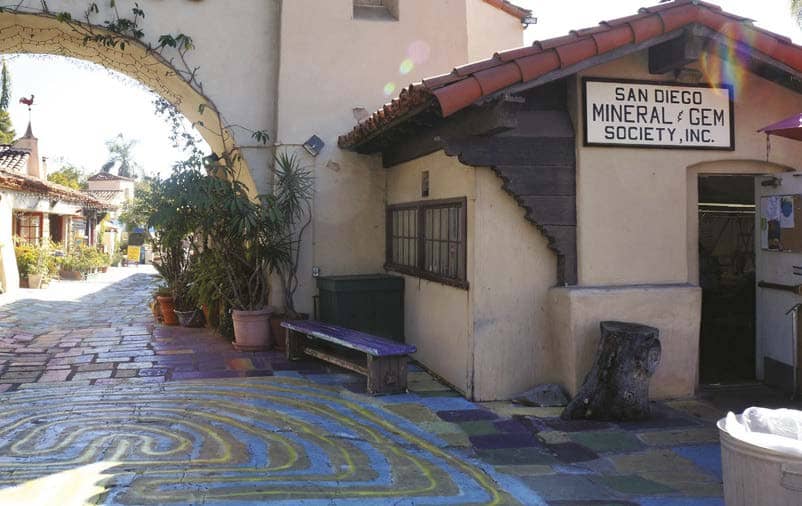 The SDMG Society & Museum occupies a historic landmark building built in 1935 for the California Pacific International Exposition. The 1935-36 Expo was the second such event that took place in San Diego, resulting in the park’s expansion. The park was created for the first Fair twenty years earlier. The Expo of 1915-16 was called the Panama-California Exposition and commemorated the opening of the Panama Canal.

The initial development of Balboa Park took place in 1868 when 1,400 acres were set aside for a “City Park,” as it was then known. The turn of the 20th century brought a master plan with improvements and beautification of the park; in 1910, in preparation for the prestigious 1915 Panama-California Exposition, the park was renamed, Balboa Park. The name honors Spanish-born Vasco Núñez de Balboa, the first European to cross the Isthmus of Panama in 1513 and see the Pacific Ocean while exploring Panama.

Balboa Park is home to 17 other museums with an incredible diversity of collections, nine performing art venues, 19 thematic gardens, restaurants, recreational facilities, riding and bike trails, and the world-famous San Diego Zoo. Many of the 1935 buildings represent the architectural history of the Southwest, from earlier Aztec influences through Mexican pueblo style to art deco and art moderne. The Spanish-Renaissance style of buildings that today house most arts organizations along the El Prado pedestrian walkway are a highly ornamental, flamboyant architectural style, reminiscent of the Southwest’s Spanish missions. When I first visited San Diego in 2000, I spent two entire days visiting the museums. I was captivated by the collections and especially by the distinctive architecture.

To the south of the SDMG Society & Museum is the San Diego Natural History Museum. Founded in 1874, the museum opened in 1933. In 2001, it reopened its doors after a major renovation that added 90,000 square feet, more than doubling the museum’s size. It is a significant museum with permanent and special exhibits. 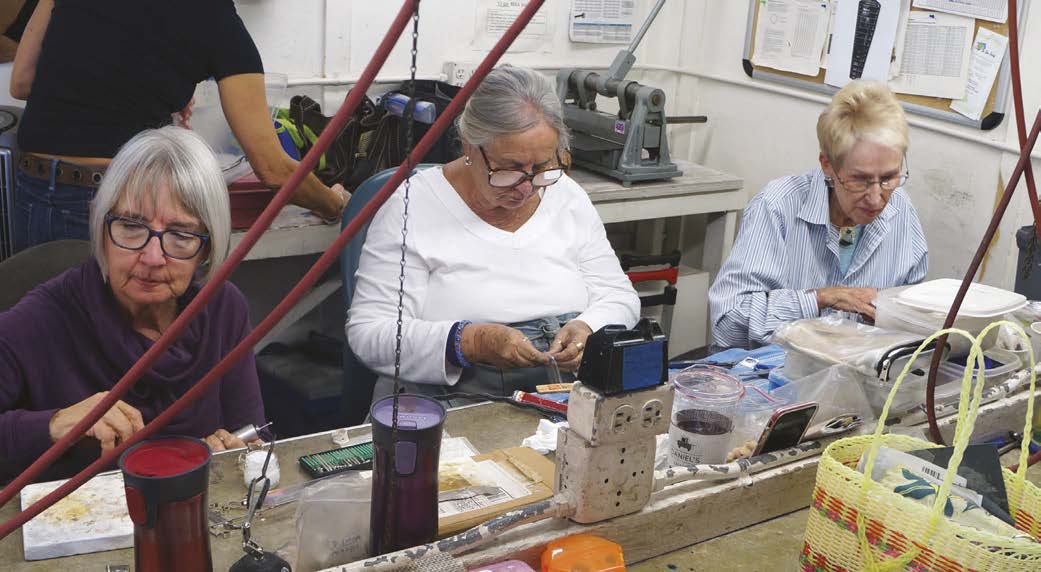 There is no question the SDMG Society is one of the most active societies in the nation, with approximately 700 members. In 2019, the SDMG Society celebrated 85 years, a huge milestone. Past members included renowned gemologist John Sinkankas, and mineralogists Josie Scripps and Peter Bancroft.

The SDMG Society workshop and museum is located along the pedestrian walkway just south of the Zoo and adjacent to the Spanish Village Art Center. During the second Fair of 1935, the Spanish Village Art Center was created, in a charming setting reminiscent of a town square in Spain. Shops with brick tile roofs, arches, and pots with agave and cholla cacti, along paths with colorful pavers and open spaces to sit and enjoy the atmosphere, all contributed to creating a delightful place to visit. Today the center houses 36 working art studios, representing 236 artists.

The SDMG workshop fits perfectly in this studio artists’ environment. As of this issue’s publication, the SDMG building is closed in response to the COVID-19 pandemic. Check the Society website (www.sdmg. org) to learn more about membership and reopening plans in the future. In the meantime, please enjoy this virtual tour, if you will, of the SDMG and its facility. 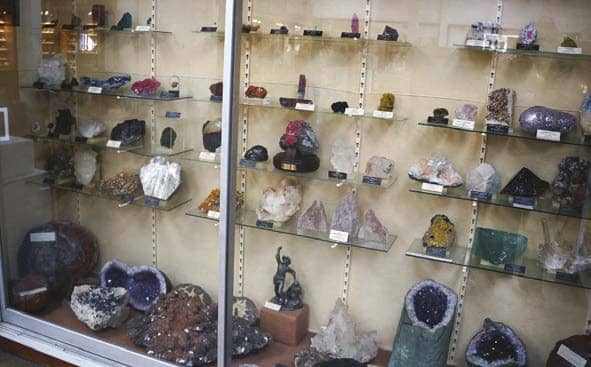 The group has an incredible workshop schedule, teaching 27 classes per week, with Saturday focused on the club’s Junior Division, which has more than 50 members. All workshop instructors are unpaid volunteers, sharing their knowledge and expertise with all students.