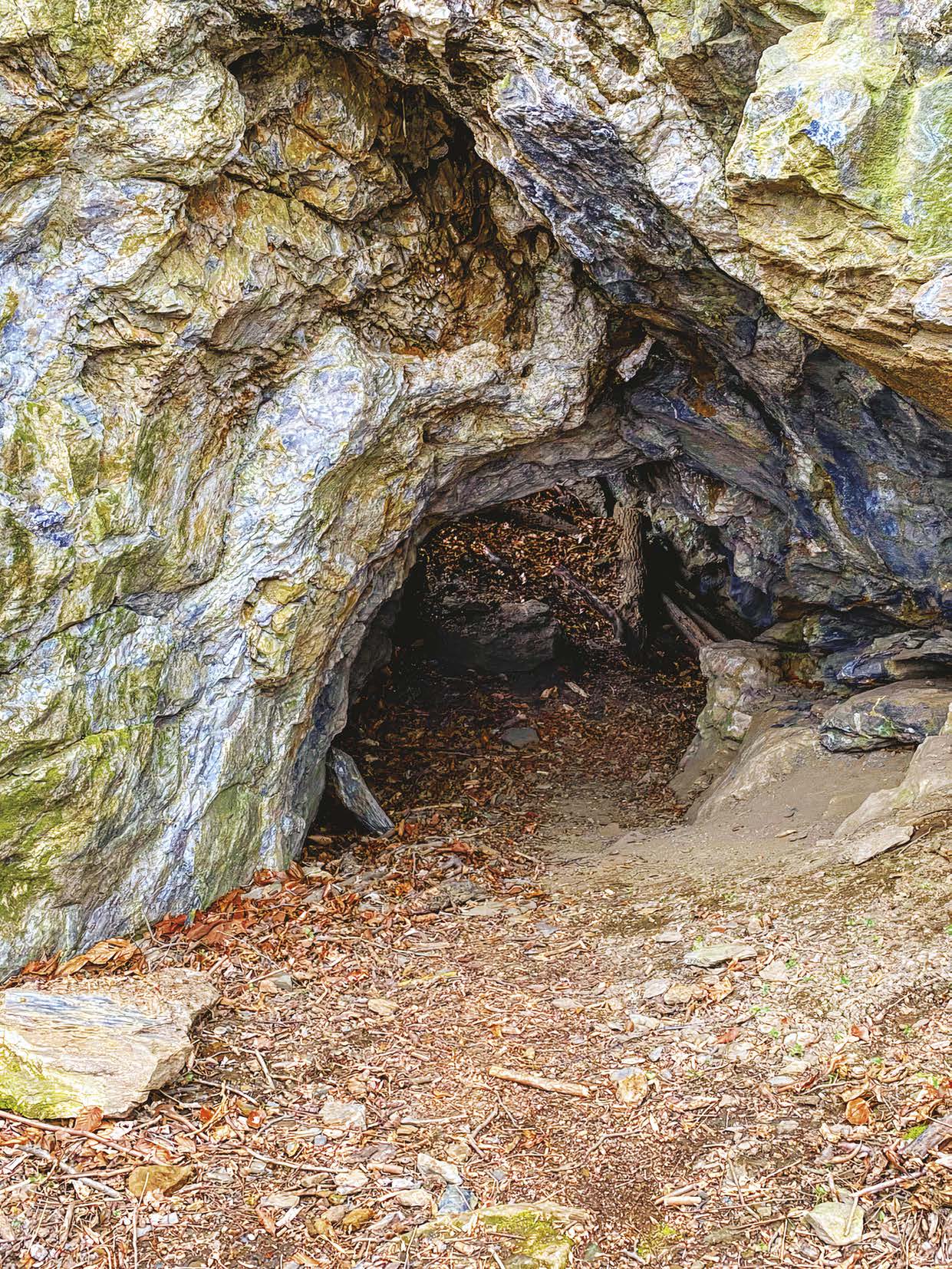 Roughly a century and a half ago, Lancaster County, Pennsylvania operated some of the most important metal-producing mines in the eastern U.S. Ore deposits containing nickel, chromium, and silver-enriched lead (argentiferous galena or lead sulfide) were extracted from three widely dispersed sites: the Gap Nickel Mine (on the eastern side of the county); Wood’s Chrome Mine (along the southern border of the county and state); and the Pequea Silver Mines (located about seven miles south of downtown Lancaster), respectively. Documentary evidence supports the occurrence of mining activity at Pequea by at least 1709, making it perhaps the nation’s oldest mining site that dates from Colonial times. But early colonists had learned of the presence of lead ore from Native Americans, who might have worked the site during the previous century.

Today, however, little remains in place at these formerly extensive mining sites. While rather detailed histories have been published concerning the first two mines mentioned above, the same cannot be said regarding the third. Nonetheless, the former site of the Pequea (pronounced “peck-way”) Silver Mines was turned into a public (i.e., township) park in the late 20th century. Also, a self-guided, geological walking tour was established that enables visitors to view the mines’ principal entrance portal and also study the surrounding geology. The public can discover for themselves what dramatic changes this landscape experienced in the distant past.

The silver-bearing lead deposits were concentrated along the upper folds or hinge lines of a pair of plunging anticlines whose cores were gradually exposed by later erosion. Even more dramatic, however, is recognition of the overlying thrust sheet (a portion of the so-called Martic Thrust) that was emplaced during the late Paleozoic assemblage of the supercontinent Pangea.

Repeated collisions of mini-continents and, ultimately, Africa itself, with the eastern portion of North America, drove these rock masses into their present configurations, causing the buckling of these rock units into the observed anticlines. Perhaps no other geological location offers so much evidence of the region’s complex geohistory, all while displayed on such a small scale. Even if no ore deposits, or subsequent mining activities, had ever occurred at Pequea, the exposed geology alone offers sufficient reason to visit this remarkable site.

The Pequea Silver Mines are located about one-and-one-half miles east of Conestoga, and roughly the same distance north-north-east of Marticville, in Pequea Township. Three separate mines were operated at various times, though only the principal mine is described herein. It is situated on the north side of Silver Mine Road, just west of a small creek known as Silver Mine Run, emptying to the south into the larger Pequea Creek. In 1998, some 67 wooded acres containing the mines were acquired by the township and opened for public visitation as Silver Mine Park. A few years earlier, a larger tract of land, some 84 acres in extent (on the south side of the road), was also acquired and repurposed, chiefly for outdoor recreation.

The north unit at Silver Mine Park likewise contains a large, two-story lime kiln constructed for the burning of limestone to make quicklime (calcium oxide). Previously, two kilns stood at the site, but only the one remains. Quicklime was formerly employed in multiple ways, as a disinfectant, a source of fertilizer, for the making of mortar, and as a whitening agent for paints. Ironically, as the largest standing structure in Silver Mine Park, the lime kiln, which dates from the late 19th or early 20th century, seemingly had nothing to do with extraction or processing of the mine’s lead ores. Mineral collecting at Silver Mine Park is prohibited by law and almost certain to be unproductive, anyway. 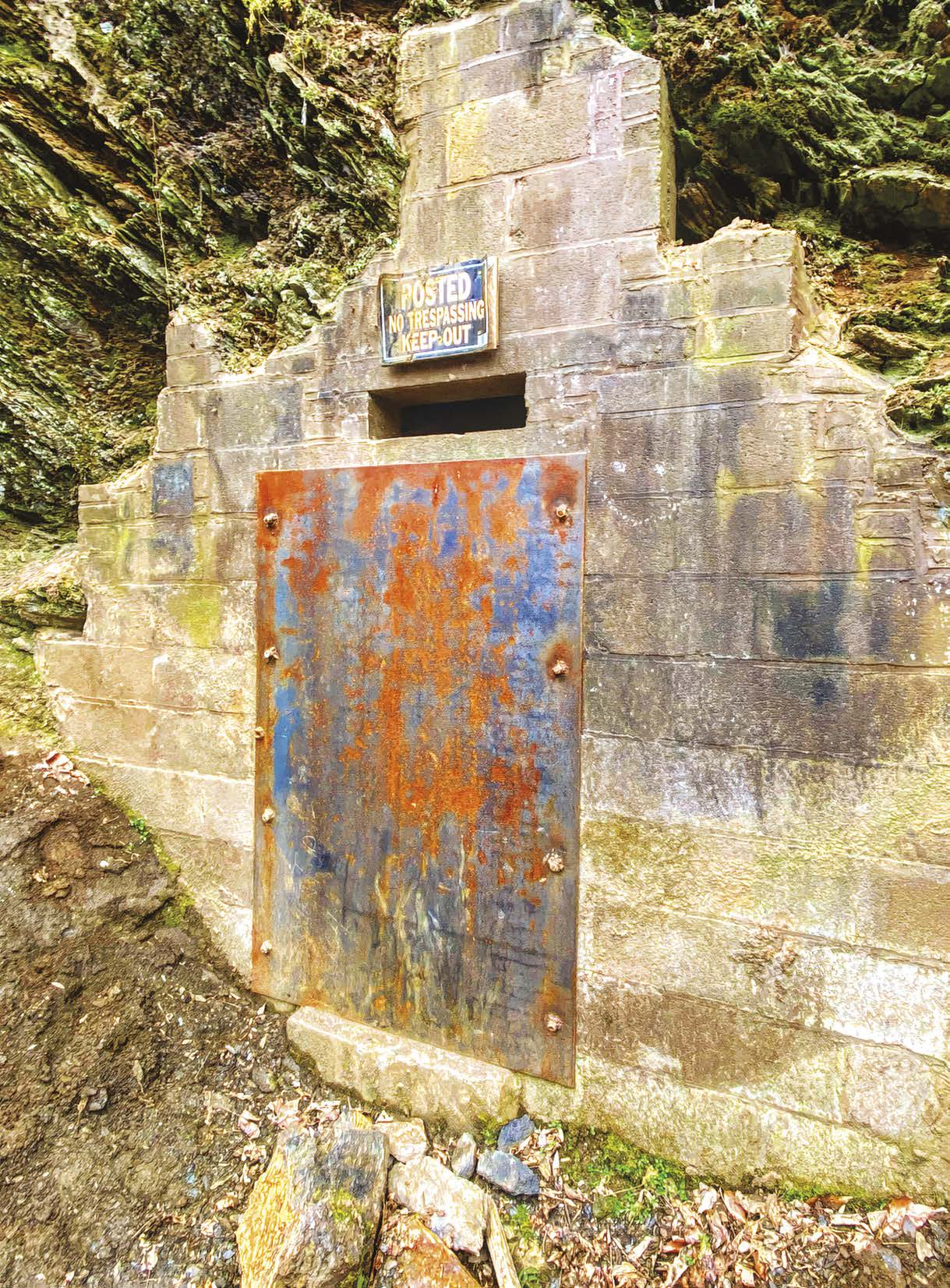 In 1709, William Penn, founder and proprietor of the colony that bears his name, learned that area settlers had begun to take advantage of the Conestoga-area Indians by forcing them into service in the mines. This was done under the pretense that the province’s former vice-governor, John Evans (b. ca. 1678), had permitted them to do so. On March 9, 1709, Penn wrote from Reading, England to his colonial secretary, James Logan, to clarify the situation. Penn’s advisors had “assure[d] me he and company may, and they believe do, make £100, if not twice told, weekly.” He also reported that “the Indians chiefly discovered the mine and worked it on the spot,” while it was the chief of the Shawnee Indians and some of his subjects who had “perform[ed] this business” for Evans. Penn asked for Logan’s assistance in this matter because as proprietor, it was Penn, and not Evans, who was entitled to royalties from the mine. Logan replied, however, that the rumor was apparently false. Evans denied ever having made such amounts of money from the mine. Logan concluded of the story, “I believe [it] to be a very fiction.”