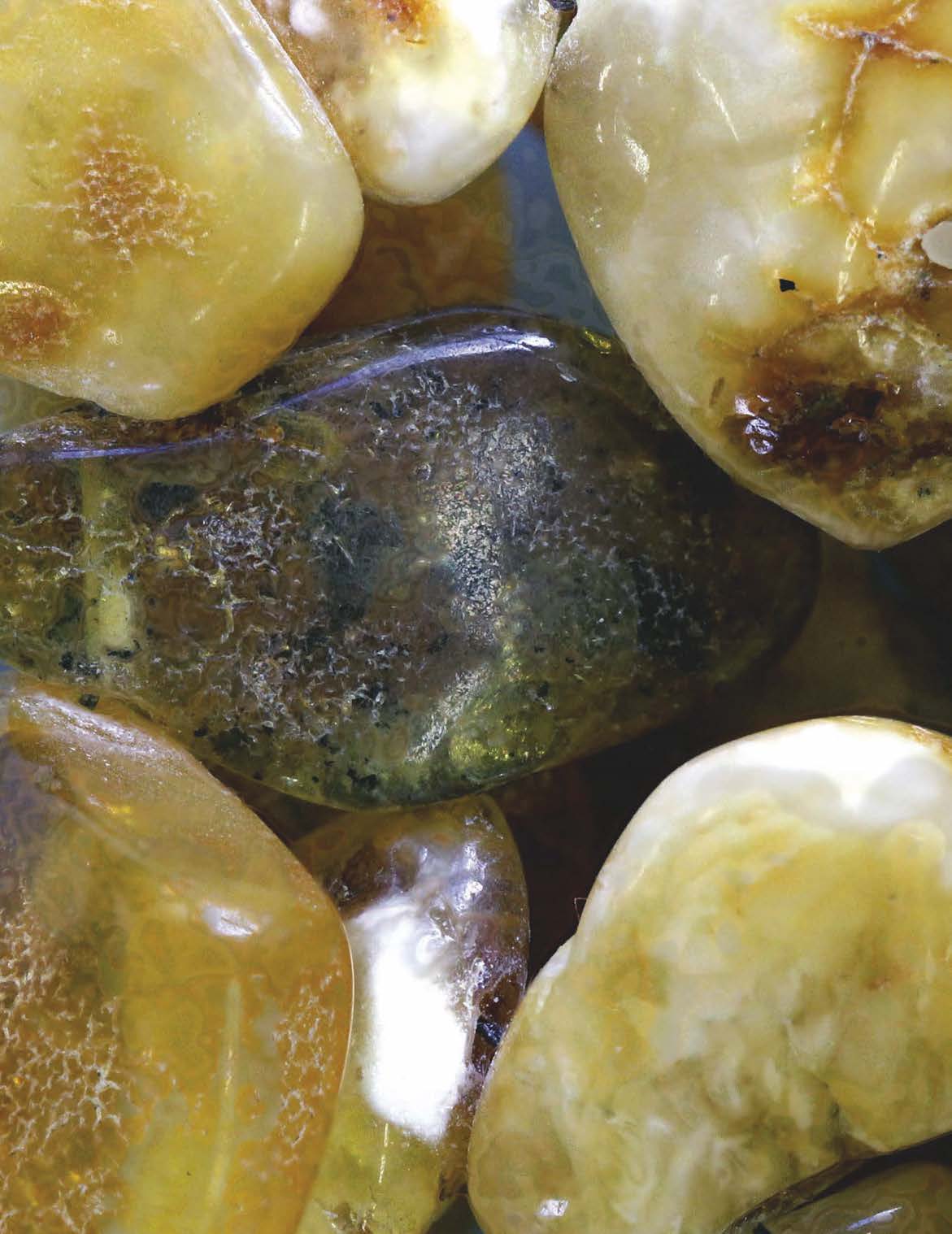 SOARING PRICES AMIDST A MINING BOOM

In northern Europe, amber is known as “sunstone” and “solar stone” for its golden, sun-like glow. It is also known as “Baltic gold” for its huge economic impact. The latter term is especially fitting, since northern Europe, notably the Baltic Sea coast at Kaliningrad, Russia, and adjoining Poland and Lithuania, has produced most of the world’s amber.

Today, tens of thousands of people work in the regional amber industry. Amber is the area’s iconic souvenir, and museums that showcase amber are significant tourist attractions. With the recent emergence of Ukraine as a major source of amber, northern Europe’s amber output is soaring. Average grades of amber now sell for several hundred dollars per pound, and regional production is estimated at 1,000 tons per year—a historic high.

But there are two sides to amber mining in northern Europe. With few alternative employment opportunities and lured by record amber prices, some 20,000 Kaliningrad Russians and Ukrainians now work as independent amber miners. And virtually all are unlicensed and unregulated. While amber mining provides a living for thousands and has boosted production to record levels, it has also brought environmental devastation, economic chaos, corruption, violence, protection racketeering, black-marketeering, and rampant smuggling.

The complex origin of northern Europe’s amber rush is rooted in the geology, occurrence, and history of amber and the centuries-old reverence for amber. In recent years, regional economics and politics are among the drivers of the amber rush. 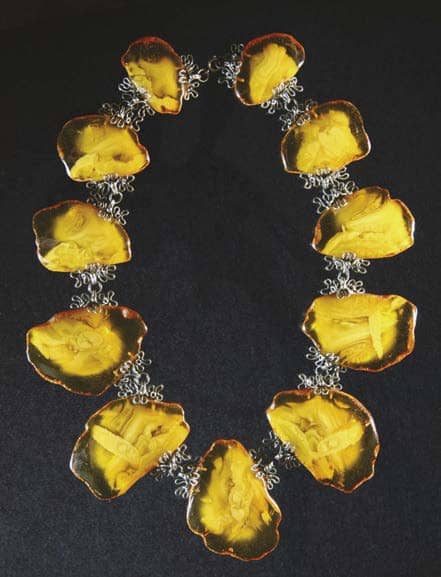 Amber is a fossilized tree resin — a valid definition — if the meaning of the word “fossilized” is expanded. While most fossils are created through such physical processes as mineral replacement and sedimentary impression, amber formation is an entirely different molecular polymerization process.

Due to the lack of a crystal structure and definite composition, amber is classified as an organic nonmineral, a natural substance of origin that is neither a mineral nor a mineraloid (a noncrystalline, mineral-like material). Chemically, amber is an oxygenated hydrocarbon with a variable composition that consists roughly of 80 percent carbon, 10 percent oxygen, 9 percent hydrogen, and traces of sulfur and phosphorus.

Amber originates as the resin that various tree species exude as a defense mechanism against fungal or insect attacks. Resins are complex hydrocarbons consisting of organic acids, sugars, esters, and terpenes, the latter being the key to the formation of amber.

Newly exuded, soft, sticky tree resin begins the long process of fossilization almost immediately when its most volatile terpenes begin to evaporate. Then the less-volatile terpenes slowly polymerize, linking together into long molecular chains to homogenize and harden the resin. Atmospheric oxygen prevents further fossilization, however, as the surface of the resin oxidizes, it cracks, and sloughs off as fine particles and the resin mass begin to disintegrate.

But to become amber, further change must occur within an anaerobic environment. In long-term burial conditions devoid of free oxygen, resin first turns into copal, a partially polymerized resin with an amber-like color and general appearance. Although sometimes sold as amber, copal is soft and chemically unstable. Chemically stable amber only develops when copal remains anaerobically buried for millions of years, resulting in the remaining terpenes eventually polymerizing completely.

Amber is opaque to transparent with a resinous luster. Its colors are usually in the brown-gold-yellow-orange range; less common are white, red, green, blue, and black. Its Mohs hardness of only 2.0-2.5 makes it eminently workable. Amber’s relatively low refractive index of 1.539-1.545 roughly equals that of quartz. But unlike transparent gemstones, amber does not depend upon refraction (bending) of light for its eye-catching appearance, but rather upon the transmission and reflection of light. 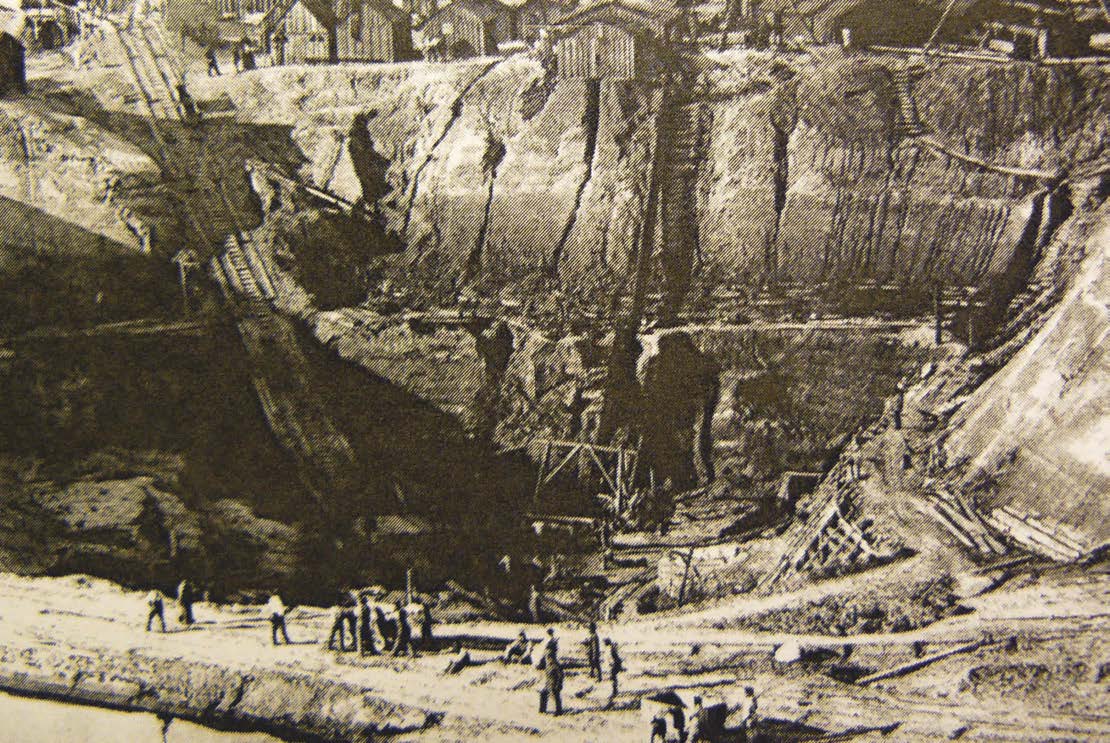 Lack of density is one of amber’s most distinctive physical properties. With a specific gravity of 1.051.10, it is only a bit denser than freshwater (specific gravity 1.0). Amber, therefore, sinks in freshwater but floats in salty water. One cubic inch of amber weighs only about a half-ounce (14 grams). Amber’s low density explains both its occurrence on Baltic beaches and the methods used to mine it.

Amber is known for its inclusions of small plant and animal life forms. When exuded tree resin traps and covers these life forms, its hygroscopic sugars draw away water to desiccate and preserve these life forms in remarkable detail.