Events of the past few decades have rewritten the history of American gold mining. California billed as the “Golden State,” no longer leads all states in cumulative gold production. Taking its place is Nevada, which, ironically, is known as the “Silver State.”

Since 1983, Nevada has hosted America’s greatest gold mining boom ever. During those 35 years, the state has produced 200 million troy ounces (6,250 metric tons) of gold with a cumulative, year-mined value of roughly $140 billion. To put these figures into perspective, recall that in 1852, the California gold rush’s peak year, miners recovered 2.5 million troy ounces of gold. This year, Nevada will produce more than five million troy ounces—and has done so for the past 28 consecutive years. 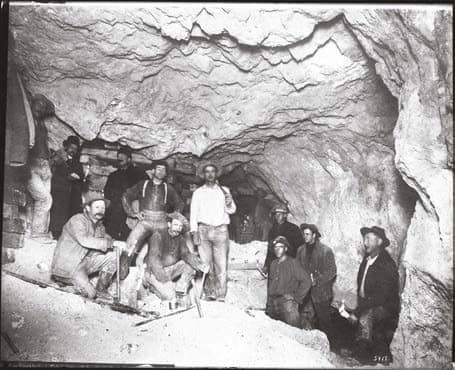 Nevada, which accounts for 80 percent of the United States’ current annual gold output, has produced nearly half of all the gold ever mined in the nation. If Nevada were a country, it would now rank fourth in annual world gold production. And most of Nevada’s gold has come—and is still coming—from a five-mile-wide, 40-mile-long strip of land called the Carlin Trend that is the world’s third-richest gold-mining district of all time.

Nevada’s gold mining adventure began in 1849, with a series of minor placer strikes that went unnoticed in the shadow of the California gold rush. But in 1859, small-scale placer-gold mining led to the discovery of the Com- stock Lode, when sluice boxes became clogged with heavy, black sands that were identified as oxidized silver minerals. As the nation’s first major source of silver, the Comstock Lode gave Nevada both statehood and its “Silver State” nickname. 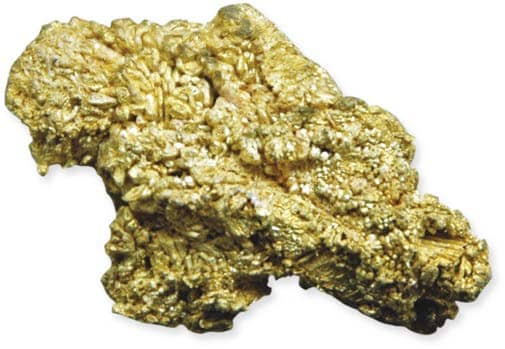 Nevada’s entry into the big leagues of gold mining began in spring 1961, near the little town of Carlin 23 miles west of Elko. For months, two geologists had left their motel at daybreak, heading out in their pickup into the sage-covered hills of the Tuscarora Mountains. Folks in Carlin all knew the geologists were searching for gold, and that made the old-timers smile because they had futilely searched those same hills for gold themselves.

The geologists, John Livermore and J. Alan Coope were looking for a specific type of gold—invisible, micron-sized particles. Along with that goal, most importantly, an unproven theory that concentrations of microscopic gold could occur in sedimentary formations. Livermore and Coope studied rock formations and collected thousands of samples. But all the assays only reported grades far too low to be mined.

In June, the old-timers in Carlin were surprised when the two geologists staked 17 claims for the Carlin Gold Mining Company, a “paper” corporation consisting only of the two geologists, their prospecting equipment, and a pickup truck. The geologists then bulldozed three trenches es and collected more samples. Assay reports from the first two trenches were disappointing, but those from the third trench showed an encouraging 0.22 troy ounces of gold per ton. That was much higher than all previous samples, but still very low-grade when measured against traditional mining standards.

In their next step, Livermore and Coope ordered in a three-month-long core-drilling program. By December, the cores had revealed exactly what they had found—a very low-grade, but massive, ore body. They estimated the size of the ore body at 11 million tonnes, and its average grade at nearly 0.3 troy ounces of gold per ton. The microscopic gold particles, which were included or dissolved in pyrite, were disseminated throughout a massive, 80-foot thick, shallow formation of sedimentary rock. 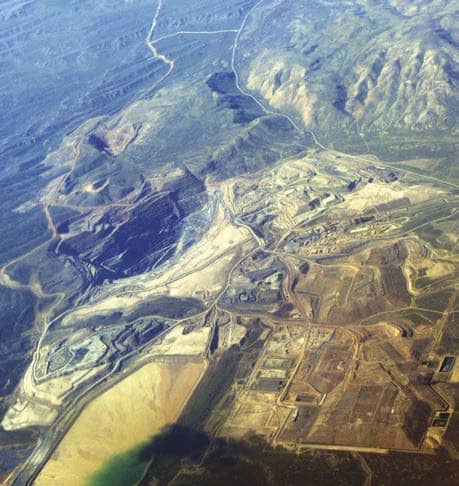 The deposit contained about three million troy ounces of gold or nearly 100 tonnes (one tonne = one metric ton = 31,103 troy ounces) worth, at the prevailing gold price of $35 per troy ounce, roughly $100 million. This discovery was merely the tip of a golden iceberg. In just the next few years, other geologists would make a dozen strikes, all within a strip of land now known as the Carlin Trend. These strikes were the payoff of decades of research. Assayers had first recognized the existence of microscopic gold particles in the 1890s when fire assays revealed invisible gold values.