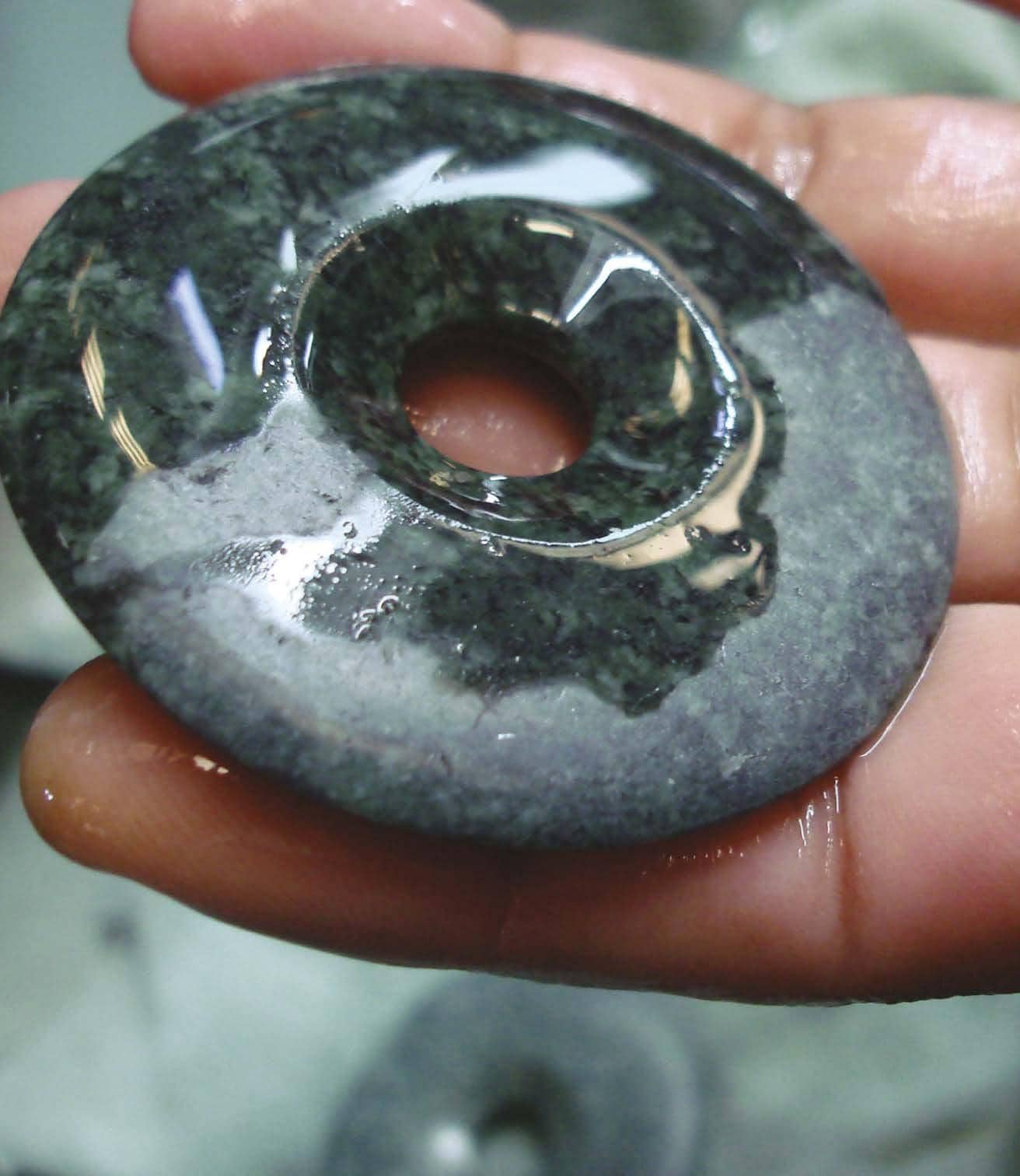 Jade from Guatemala is a rare gem material that comes in many different colors. Jade was prevalent in the ancient Mesoamerican cultures, and the currently mined material was re-discovered less than 50 years ago. Tourists visiting Guatemala today have the opportunity to visit museums and admire the ancient treasures, and then go to shops that sell contemporary artwork made from Guatemala jade. Here in the United States, the market is more familiar with nephrite jade from China, jadeite from Burma, or nephrite jade from Wyoming, California, and Canada. We rarely encounter jade from Guatemala as rough, slabs and jewelry, and thus it is difficult to understand and appreciate its value.

Jade was revered in the Maya world, an ancient culture that flourished in the first millennium AD in Mexico and Central America. The Maya civilization stretched geographically over what is known today as Guatemala, Belize, southern Mexico, and the western regions of Honduras and El Salvador. Great Maya city-states rose in the highlands and the jungle-covered lowlands. Metropolises, such as Tikal, Copan and Palenque, and the late-period cities of Uxmal and Chitzén Itzá in the upper Yucatán Peninsula, had royal courts, temple-pyramids, and enormous populations. The Mayas were passionate about architecture, astronomy, mathematics, and the arts. 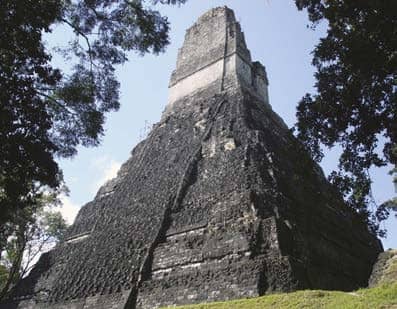 The Maya, just as their predecessors the Olmecs, held jade in the highest esteem, as it was rare and hence valuable, and represented eternity. They buried their kings adorned with jade masks and pectorals, considering jade the ultimate passport to the afterlife. For the Maya, green was the most precious color. Green represented the life-giving water of the Sacred Cenotes (natural underground cave systems and wells), and green also symbolized crops and fertility. The extremely rare and valued feathers of the quetzal bird are also bright green. Besides the burial masks, jade was carved into rings, ear flares, pendants, beads, and ceremonial objects. In addition to the colors, jade was valued for its durability and its ability to take a high polish.

My husband Andrew and I had the opportunity to visit several archaeological sites and museums in Mexico, Guatemala, and Copan in Honduras, and see some fantastic jade carvings up close, as well as shops in Guatemala that sell contemporary jade artworks, and get a better understanding of this gem material. 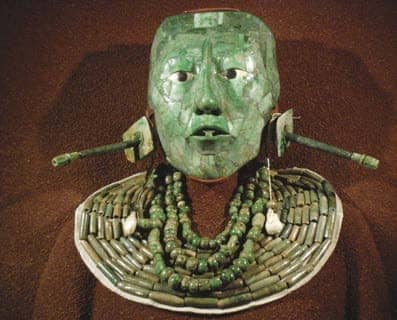 Jade is a generic term that describes several gem materials:

Nephrite, Ca2(Mg, Fe)5Si8O22(OH)2, is a massive rock consisting of felted, intergrown, fiber-like crystals of the minerals tremolite and actinolite, members of the amphibole family of minerals (Harlow, 1993). Nephrite is found in many places in the world, including China, British Columbia, Siberia, New Zealand, and Wyoming, USA, and occurs in many colors ranging from pure white to green to black.

Jadeite, NaAlSi2O6, the jade used by the ancient Maya, is a rock composed mostly of the pyroxene mineral jadeite, known mineralogically as jadeite rock or jadeitite (Harlow, 1993). The only other major source of jadeite in the world is Myanmar (Burma), where the famous translucent green “imperial jade” comes from. There are also new sources found in Cuba and the Dominican Republic.

Omphasite jade, CaMgSi206, is a pyroxene that is roughly half jadeite and half diopside, and it is the latest jade variety to be included in the international approved jade nomenclature in Hong Kong (Ogden, Gems & Jewellery Magazine, March 2013).

The English term jade is derived from the Spanish piedra de ijada or yjada (=flank, side, hence loin stone or colic stone) as it was supposed to cure kidney ailments. Latin scholars in 16th- century Europe coined the term Lapis nephriticus, which later became nephrite. Jadeite was identified as a separate mineral from nephrite, by French professor, A. Damour in 1864, whose chemical analysis in 1881 proved that the Mexican stone was also jadeite. So, ironically, after all those years, the Spaniards’ “piedra de yjada” came to be known as jadeite.

The sources for Mesoamerican jade were lost for the past five centuries, primarily because the Spanish conquistadores did not value jade. They were only interested in gold and emeralds. Reports in diaries kept by early Spanish explorers document the special status of a gemstone unknown to them, one that would later be called jade. At the beginning of the Spanish conquest, the Maya people kept the location of their jade mines a secret to protect them from the invaders, but over time the location of the ancient mines and quarries became forgotten and lost.