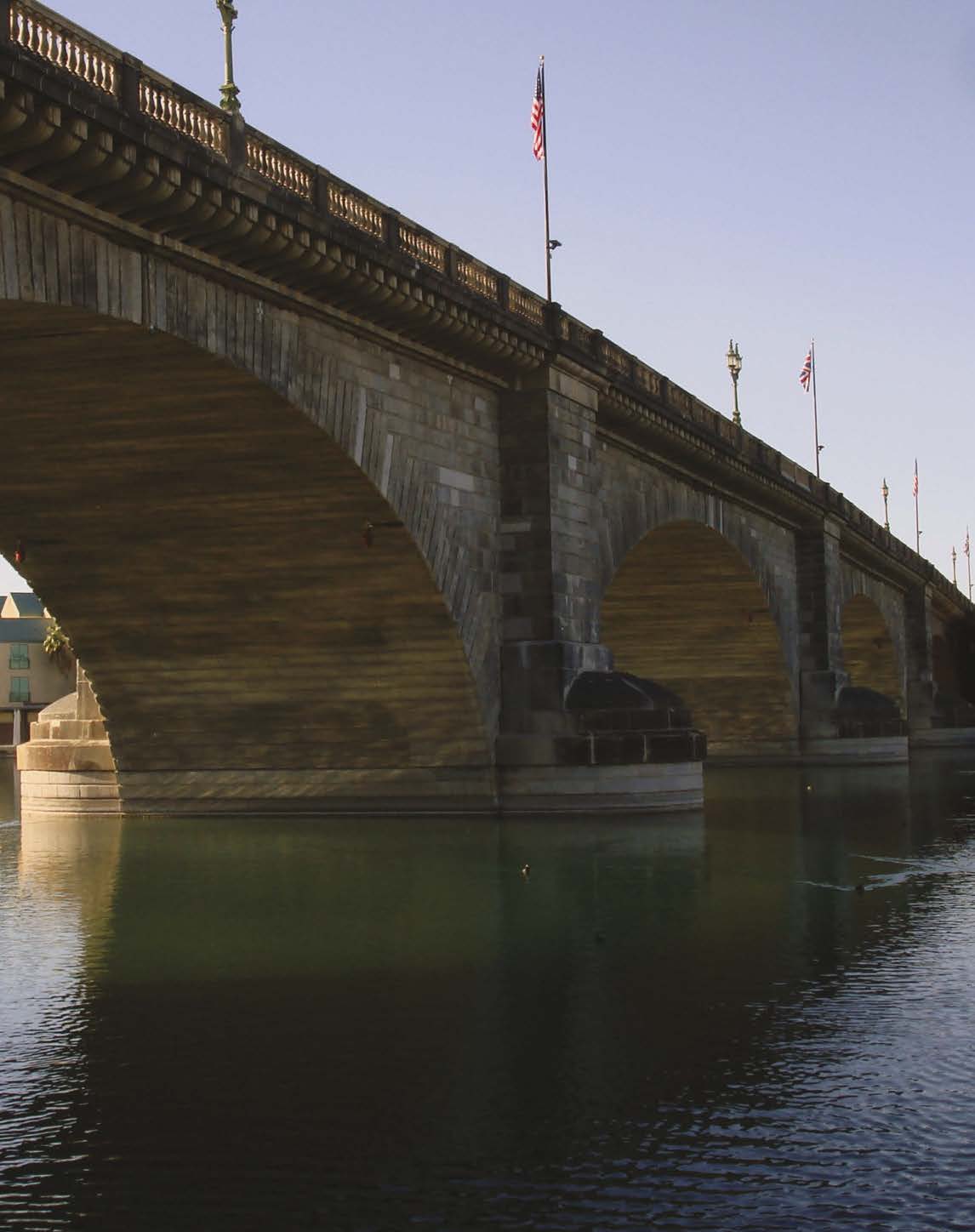 The Lake Havasu Gem & Mineral Society (LHGMS) is one of those fortunate clubs across the country that recently passed the 50-year threshold of servicing its local rockhounding, lapidary, gem and jewelry-loving community. It takes a lot of dedication and commitment by a lot of members and energetic and visionary leadership over many years, to ensure the continuing success of a gem and mineral society.

This special anniversary was acknowledged during the LHGMS’ annual show in November of 2019. Joining show attendees, dealers, and society members to celebrate, were dignitaries of Lake Havasu City who presented the society’s leaders with a certificate of appreciation for the valuable role their group serves in the community.

My husband Andrew, and I, were glad to be part of the special event, as we have participated as vendors at the annual Lake Havasu Gem & Mineral Show since 2008. The very first show took place on Nov. 21, 1970, and has occurred continuously since. Also, as part of our attendance at the 2019 show, I was honored to be invited by the society’s current President Barry Bandaruk, to give a lecture during the group’s monthly meeting, which coincided with the set-up of the 2019 show. My presentation was titled “Passion for Opals.” You can read an article based on that presentation in the second issue of Illustrious Opals, available Aug. 31, which is Rock & Gem’s new limited-edition print/digital hybrid series.

Lake Havasu is a large reservoir formed on the Colorado River by the Parker Dam to the south. The lake took its name in 1939 from the Native American Mojave word for blue, “havasuu.” Lake Havasu City sits on the lake’s eastern shore in Mohave County and is home to about 50,000 residents. The city was established in 1963 after the Missouri-native businessman Robert P. McCulloch (1911-1977) acquired 13,000 acres of federal land.

The most famous attraction in Lake Havasu City is the stone-arched London Bridge, which crosses a human-made narrow channel at Lake Havasu. McCulloch bought the bridge for about $2.5 million from the City of London in 1968 soon after the city decided to replace the 136-year-old “New” London Bridge spanning the River Thames with a modern concrete and steel model. The 19th-century bridge that McCullough purchased had previously replaced a 600-year old medieval bridge. The bridge was disassembled, shipped to California via the Panama Canal, truck-carried to Lake Havasu City and reassembled, a construction process that took three years to complete.

The bridge, which is considered the secondlargest tourist attraction in Arizona, after the Grand Canyon, is built with a hollow core of steel-reinforced concrete. The structure is covered by 10,000 tons of original 19th-century granite blocks, and the cladding stones used each measured six to eight inches in depth. 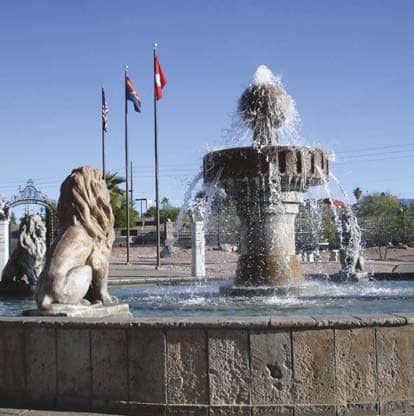 When the London Bridge was dedicated in 1971, McCulloch donated a one-acre parcel to the City of London. An ornate gate – the Olde English Gate, which was originally part of Whitley Court estate in Worcester, England, greets visitors as the entrance of the English Village. In addition, a stone fountain with lion sculptures, and two original Heraldic Dragons from the boundaries of the city of London are present. The Visitor Information Center (www.golakehavasu.com/visitors-center ) is located in the English Village near the London Bridge. It offers much information about the area’s attractions, events and recreation, and is an art gallery and gift shop. The center also serves as the starting point of a guided walking tour of the London Bridge. We loved the very attractive and educational mineral display at the center. It showcases local minerals, such as agate, quartz, chalcedony, and jasper, among others.