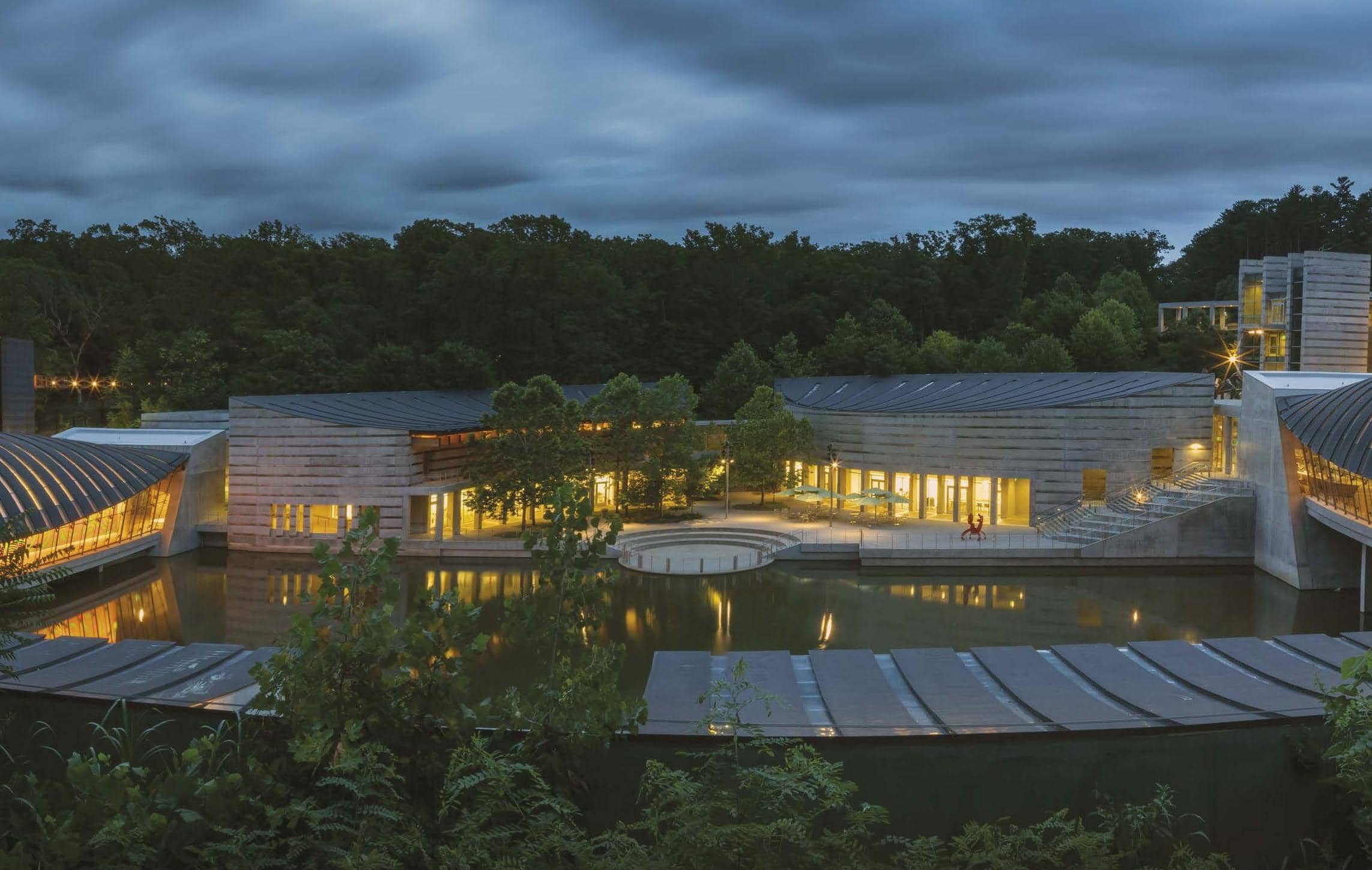 BILL REYNOLDS
Quartz crystals have inspired creativity in people from the dawn of human history. Crystals have been a fascinating element of not only art but also religion, ancient medicine, science, and social standing.

The ancient Sumerians utilized crystals in their religious practices as early as 4000 BC. The Chinese were incorporating crystals in traditional medicine as early as 3000 BC. The classical Greeks gave us the name for crystal (krustallos), which means ice. They saw crystals as a type of petrified ice. The geometric shape and beauty still fascinate people today. Crystal Bridges Museum of American

Art is a premier collection of art that spans five centuries of masterpieces. The collection is world-renowned for some of the most treasured pieces of American art from a wide selection of well-known artists. The museum is located on a large 120-acre wooded area on the Ozark highlands in Bentonville, Arkansas. There are trails and outdoor sculptures that take the visitor through the gentle hills of the beautiful Ozark landscape. One trail leads pass a rock wall made up of massive quartz crystals from Arkansas. A priceless home designed by architect Frank Lloyd Wright has been moved and reconstructed on the site.

Lauren Haynes, with guest curator Joachim Pissarro, has organized the collection of 75 exhibits that include crystals from Ancient Egypt, Rome, and China. One of the sponsors, Avant Mining, provided amazing specimens of Quartz crystals from the quartz mine in Arkansas. The large clusters and massive single points comprise a collection that rivals museum collections and are of special interest to collectors and rock hounds.

The building that houses the collection is more than 200,000 square feet and includes galleries, a restaurant, a hall that seats 300, meeting and classrooms, a gift shop, and a library featuring more than 50,000 volumes of art references. There is no cost to view the permanent collection. General admission is always free.

Alice Walton, the founder of the museum, led the Walton Family Foundation’s participation in bringing the Crystal Bridges dream to reality. The Walton family is most notably the founders of Walmart. The museum had been a dream of Ms. Walton’s for many years. The museum officially opened on November 11, 2011.