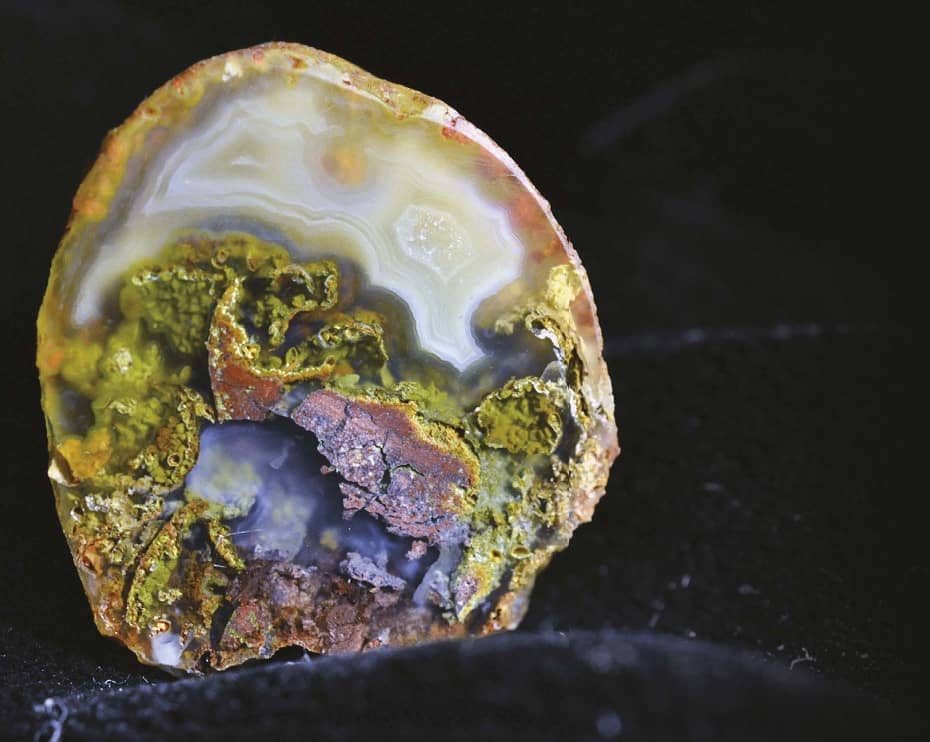 A new and fascinating geologic mystery is under review at The Carver Agate Field,-in Alpine, Texas.

In 2019, while excavating a large caliche pit on his property, John L. Carver, exposed an unexpected smaller pocket. The space, measuring approximately 30 x 50 feet, contained more than a thousand agate nodules. The site, named “deep pit” by Carver, is on property not incredibly far from the Paisano volcano (peak and caldera). The larger pit area is sufficiently lower than the surrounding area and serves as a frequent repository of incoming debris. 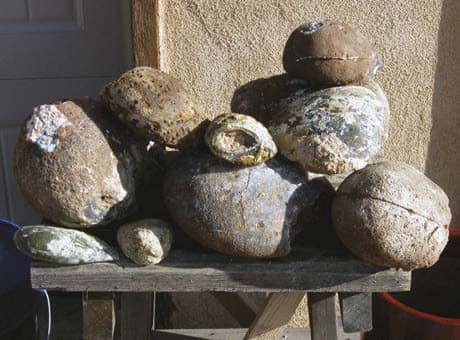 Many of the nodules are geodes (hollow inside) and, when exposed, were surrounded by an ashy greenish/ white material, believed to be volcanic tuff. There is no sorting of material by size or layering typical of water deposited material. Among the geodes discovered, several contain gorgeous amethyst, smoky quartz, and citrine crystal filled cavities. Others contain beautiful calcite crystalline specimens mixed in with the smoky quartz crystalline geode interiors. Additionally, there are nodules with stunning deep blue banded agate, including a few with extremely fine blue banding and very petite sparkling crystal centers. Interestingly, the “deep pit” nodules lack the color and sagenitic variability that has been the hallmark of agates from The Carver agate field. 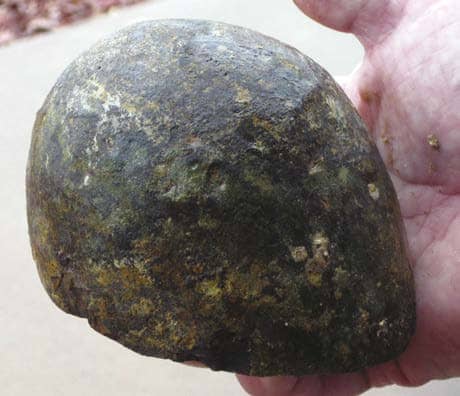 During his study of the north wall of the pit, Bill notes a clear indication of multiple lava flows. These materials consisted of fine-grained ash/mud debris containing little or no larger objects. Some of these finer materials seemed to consist mostly of carbonates from eroding limestone. One instance of mudflow carried very large pieces of rhyolite. The Paisano volcano reportedly produced a shield-like area of lava with the volume of approximately 150 cubic kilometers, which, as Bill explained, is a gigantic volume. 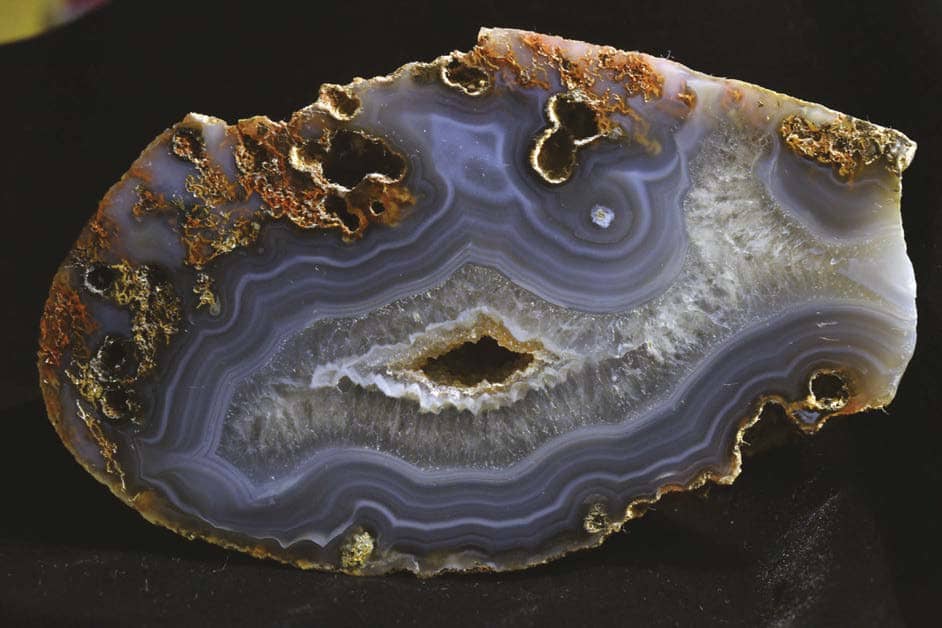 The Carver agate field has typically produced multi-colored nodules, geodes, and agates, boasting the colors green, pink, red, yellow, blue, purple, and orange. Whereas, the “deep pit” geodes and agates have primarily been either blue, gray, or colorless, and often with smoky quartz, amethyst, or citrine hollow centers. While the blue agates’ with amethyst, smoky, and citrine crystal-filled geodes are spectacular in their own right, the lack of diverse coloration and varied inclusions that have characterized The Carver raises some important and interesting questions. Examples of the more typical color variable, inclusion laden agates and geodes can be viewed at John’s website, texasamethystagate.com. Plus, examples of the more common specimens from The Carver appeared in the August 2017 and August 2018 issues of Rock & Gem.

Only two types of agates are present in the “deep pit” of the property, banded and fortification agates. Except for the “deep pit,” The Carver has historically produced the following agates (in various colors): plume agates, fortification agates, fragmented filament agates, brecciated agates and jaspers, eye agates (orbicular), dendritic agates, picture agates, scenic agates, sagenitic agates, jasp-agates, layer agates, moss agates, and tubular agates. Before agate purists get too excited, I know some of what I have listed are not considered by purists to be true agate types. The list demonstrates the diverse type of material historically found on The Carver except for the “deep pit”. This degree of diversity is exceptional even for West Texas agate fields.