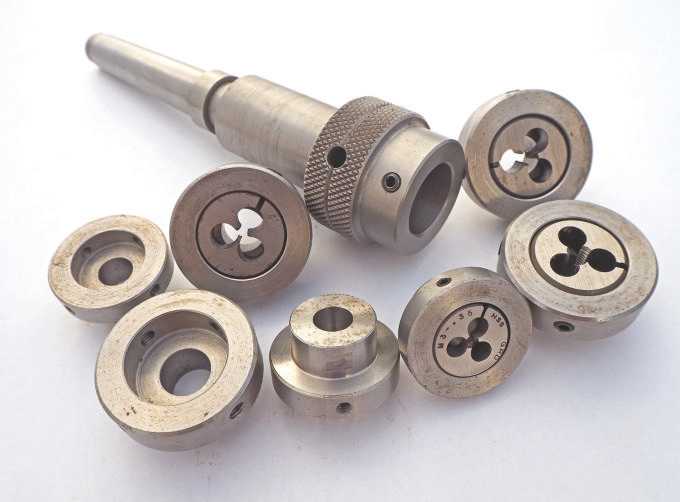 A number of years ago after reading George H Thomas book “The Model Engineers Workshop Manual” I decided to make his tailstock tapping tools.

The idea of having the individual button dies mounted in a holder and set to give the correct size thread seemed to have value, reducing wasted time and possibly material, trying to get the thread size right.

Material was cut and a large number of die holders in both 1” and 13/16” sizes made. The sliding die holder was made and the ease and convenience of having preset dies proved well worth the time and effort, photo 1.

At the same time, I made the arbor for the tap holder, but interest dwindled as happens on occasions. I continued to use the time-honoured method of holding the tap in the tailstock and sliding it along the bed, winding the chuck with a mandrel handle. This works well with larger taps, but you lose some feel with small ones.

The original drawings showed the taps being held in a series of adaptors drilled to match the shanks of different size taps. The taps were then secured with grub screws.

A recent project renewed interest in the sliding tap holder with thoughts of bringing the design into the new millennium, not that GHT’s classic designs really need it. 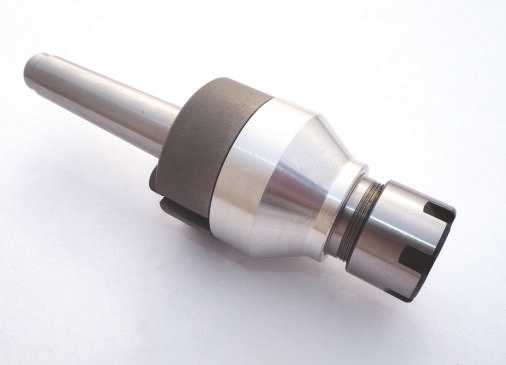 That project was a floating reamer holder photo 2 and the Manson Reamers design originally used a similar bush and grub screw arrangement to hold the shanks of the reamers. This is excellent for great accuracy as required for its original use. Having used ER collets in the lathe headstock and on other tooling, I thought they would be a better proposition for holding the larger variety of reamer shank sizes I had on hand.

ER collets are becoming more popular with many available sizes and chuck designs also the characteristics are better able to cope with variations in shank sizes.

The floating reamer used aluminium for the main body of the holder to reduce weight and I knew this would not hold up to use as a collet seat and closing thread. I did consider using the same method as I had previously on an ER32 cast iron collet chuck for the lathe and shrink fit a steel sleeve onto the nose of the chuck, then machine the closing thread. The other option was to machine a collet holder in steel from scratch to insert into the aluminium body.

While looking at tooling catalogues and the internet I noticed something called a motor shaftER collet chuck. It looked just the thing for the job. 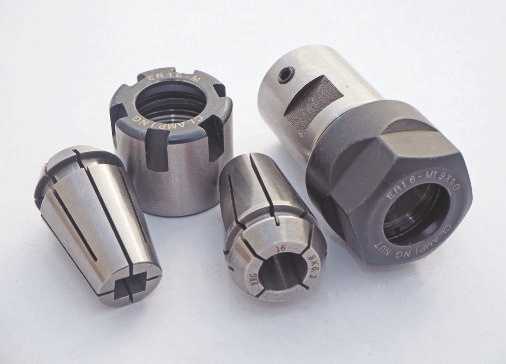 All that was needed was to turn the shank to be a nice shrink fit into the aluminium body. The steel turned nicely to a beautiful finish. Subsequently the two parts were married together, and the floating reamer holder completed.

Returning to the tailstock tap holder I started thinking the same collet arrangement might be good to hold the variety of different sized tap shanks. I was considering using ER11 size as I was only looking at using the tool for the smaller size taps.