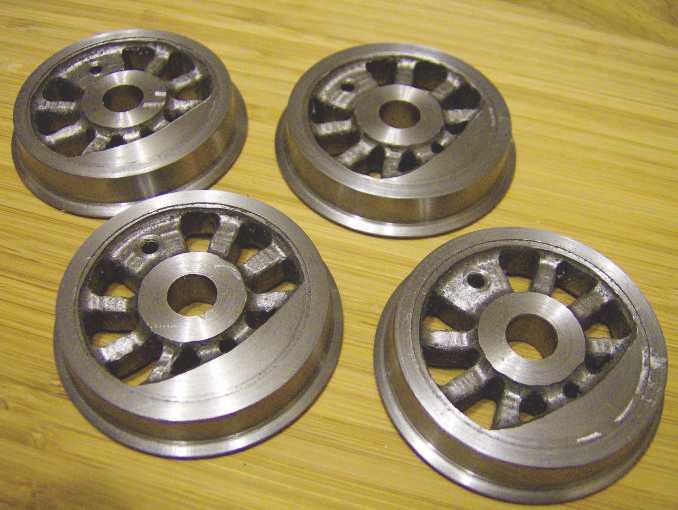 One of the first challenges for anyone taking up engineering as a hobby is making the right choices of materials. Often the easy way out is to simply choose materials that other people have used successfully for similar applications, but sooner or later you will find yourself wanting to make better informed decisions. A particularly confusing area is choosing between different steels. You will often see descriptions like ‘bright mild steel’, ‘black bar’ or ‘case hardening steel’. While this may help you get something more or less right, it helps to understand the more formal designations used by steel stockholders and which you may come across in articles from time to time.

There are two systems you will probably come across in the UK. The longest standing are the ‘Emergency Numbers’. These were established during the Second World War to promote consistency in the products of different steel manufacturers. Clearly if you wanted steel for making guns or armour in wartime, you wanted to be able to specify the composition whatever the source, rather than having to work out which of each manufacturer’s range of products would suit. These numbers all take the form of the letters EN followed by a number for the composition of the steel and sometimes a letter to show how it has been heat treated. In very rough terms the higher the number the higher the carbon content of the steel.

Although the EN numbers should have disappeared by now, in practice they are still widely used, but you may also come across more modern British Standard designations which take the form of nnnMnn, where the letter ‘n’ stands for a number. There are also European Steel numbers and names, as well as designations used in Germany, USA and Japan and elsewhere; if you need to convert to these, I suggest you take a look at the article ‘Steel Grades’ on Wikipedia.

Let’s just take a look at the commonest carbon steels you are likely to come across, and which will meet most of your hobby needs.

Mild steel is not a specific material, but rather a catch-all for steels (iron alloys) that have relatively low-levels of carbon. This means that generally they can’t easily be hardened (unlike highcarbon steels) and they are relatively ductile (easy to bend). While this limits their applications, it does make them relatively easy to produce and they are especially suited to ‘drawing’ or ‘cold rolling’ into sized bars and flats. They are also generally easy to machine.

Though mild steels have a low carbon content, they are still classed as ‘carbon steels’. The ‘mild steels’ most commonly encountered in the UK are designated EN1a, EN3 and EN8.