A Combined Scroll Saw And File Attachment For Your Lathe 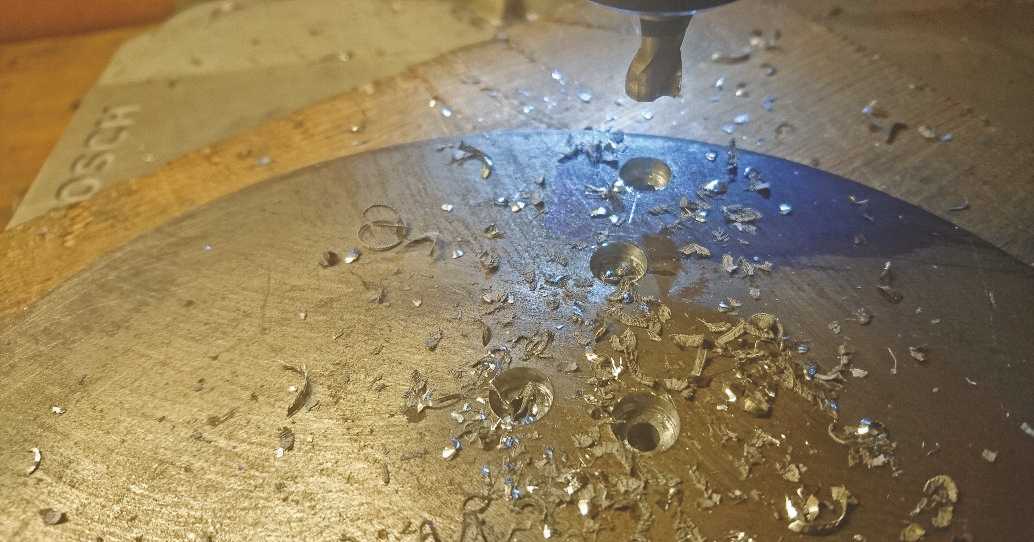 Mogens Kilde gives a step by step guide to aid beginners and the more experienced in making this useful attachment. - Part 3.

To finish the plates, they were drilled, again on the bench mill, photo 62Next part I made was the plate that fixes the saw cutting blade, this I call “scroll saw arm”, fig. 12.

This part was made from 3.0mm mild steel sheet and the first job was to mark out the outer shape according to the figure, photo 64.

Next, the part was roughly cut out using my band saw, photo 65. Finally, the edge was filed smooth, photo 66 to finish the arm. 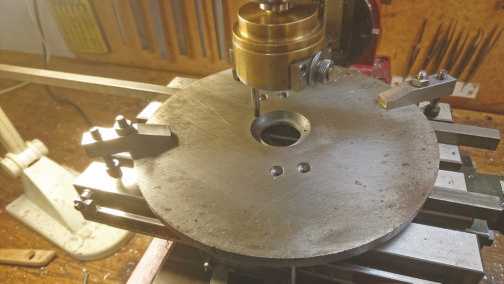 Next part I made was the bracket that should hold the saw cutting blade at the upper end, fig 13.

This part was made from a piece of 14 x 14mm hot rolled steel, and after cutting a blank a little over size according to the figure, all sides was milled to final dimension as per the figure, photo 68.

Next the M4 holes were drilled and tapped, photo 69.

As the idea with this tool is that it can be used as a scroll saw and a filing machine, I’ve designed it with interchangeable support for the work pieces that are to be worked on. Therefore, the next part I made was a support button for the scroll saw application, fig 14. 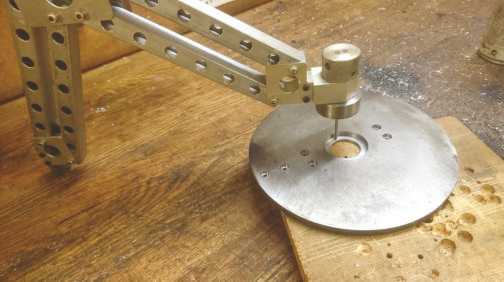 In fact, I made a set of buttons so these later could be adapted to appropriate jobs.