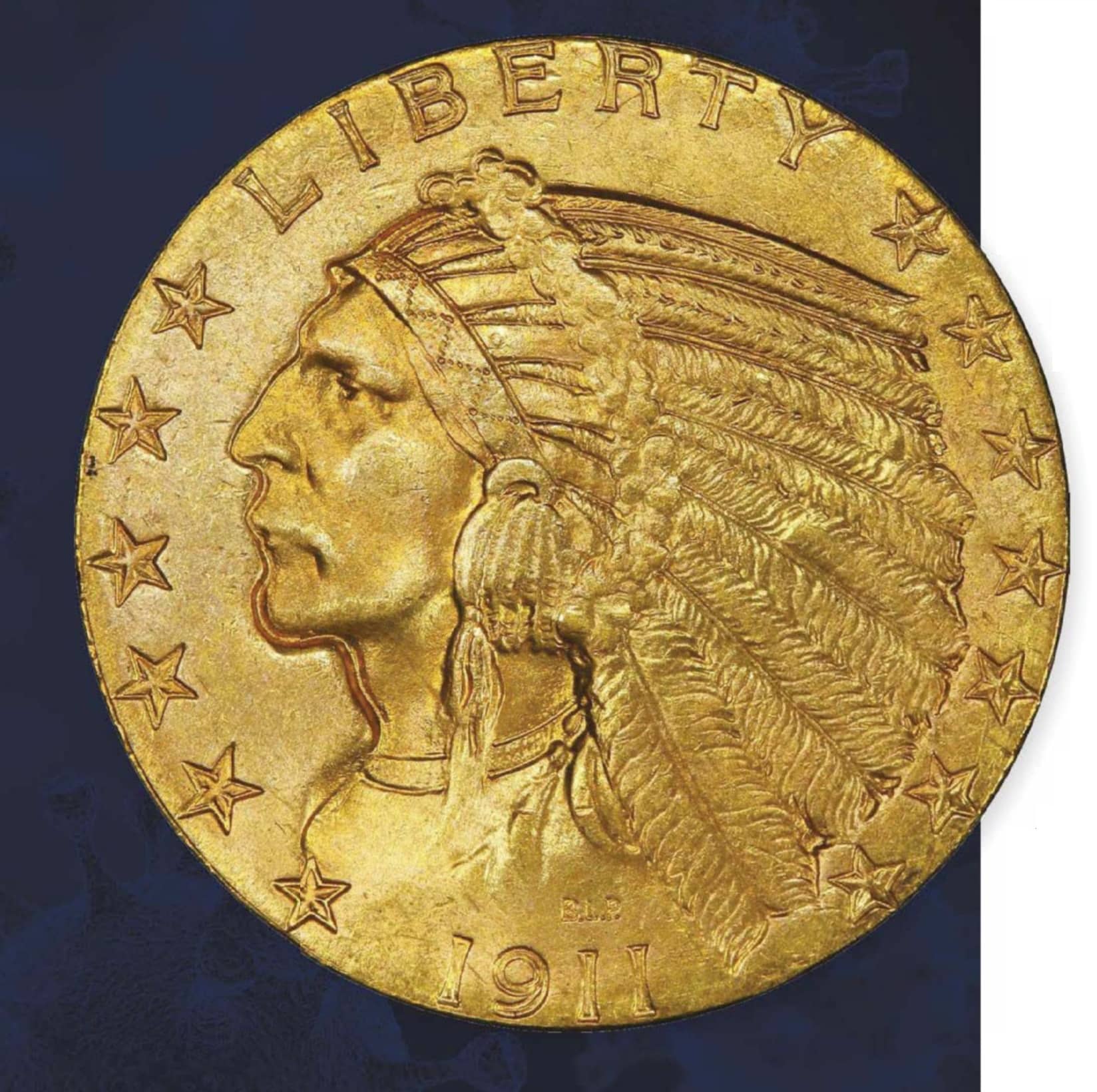 So far, in this century, the greatest U.S. coin collection to have been publicly auctioned is that of the Pogue family. The seventh installment of the collection was auctioned by Stack’s Bowers Galleries in Santa Ana, California, on March 20, 2020, shortly after the coronavirus (COVID-19) was reported to be infecting U.S. citizens at an alarming rate, resulting in an unprecedented crisis and widespread lockdown.

Regarding the coronavirus and the Pogue VII event, two points are extremely important.

First, the results of the Pogue VII auction provide crucial circumstantial evidence that prices for gem-quality 19th century U.S. coins had not fallen since the outbreak and reports of COVID-19 in the U.S. Second, the Pogue VII sale itself was very successful as retail-level or even beyond retail prices were realized for a substantial percentage of the coins. To a large extent, successful bidders were paying collector-level prices rather than dealers buying for inventory or telemarketing firms.

Factual evidence and logical analysis suggest that the prices realized for most coins in the Pogue VII session would not have been higher if the coronavirus had never existed. It is impossible to know this for certain, but there is little in economics or life in general that can be known for certain. I am making a case that the consequences of the virus did not have a dampening effect on most of the prices realized or on the thrust of the Pogue VII session overall.

In terms of the economic climate during the auction, there is a need to think about activities in stock and bullion markets during March 2020 and also to interpret logically how downturns in these markets affected coin buyers. Markets for equities and general commodities were volatile and trending sharply downward overall. This lead to fears that a severe recession was beginning.

During the middle of March, governors of the most populated states were issuing executive orders that severely restricted business activity and consumer spending. For example, most of the physical stores in the state of New York were closed, including entire shopping malls. Thousands of businesses in New Jersey, Florida, and California were shutdown. Regarding the success of the Pogue VII session, it is essential to become aware that prices realized were in line with market levels for rare coins in January, and early February 2020 before the panic and government-ordered shutdowns occurred.

The coronavirus and turbulence in various markets must have affected the Pogue VII event in some ways. Many variables affect the outcomes of public auctions. Invariably, some coins would have realized different prices had the auction been held on a different day at a different time of day, at a different location, or during a period characterized by better economic, social, and medical circumstances.

I am not drawing a conclusion about the price realized of every single coin in the Pogue VII sale. I am referring to most coins and the success of the auction as a whole.

Logically, the COVID-19 outbreak and the crisis that followed lead to bidding effects in both directions. When stock markets fall, some people spend less money on coins, and others spend more money on coins. This outcome is also true in bullion markets. People re-organize their respective holdings and take both investment and hobby aspects into account.

If both stock markets and bullion markets are trending downward, then people who are already interested in rare coins may sell stocks and or bullion to buy more rare coins. Additionally, many affluent people were not working or not working as much during the beginning of government shutdowns of private business activities. During the second half of March, they had more time to focus on buying rare coins rather than being busy working at their respective jobs. Someone usually working ten hours a day may have found himself idle and then more likely to turn to hobbies.

After more than twenty-five years of analyzing coin auctions and consulting about rare coins, I am certain that a substantial percentage of buyers of expensive rare coins are successful business people, many of whom work long hours. It follows that if government policies forcibly slow down or stall a private business due to a pandemic, the people who own or run the respective business have more time to sit in front of a computer and talk to coin professionals on the phone. They have more time to think about coins and buy them.

Even a middle-level business executive who is told not to come to work will then have more time to talk to coin dealers, other coin collectors, and auction firm employees. He or she can then bid in auctions from home with a laptop. It’s essential to keep in mind when analyzing the effects of the coronavirus on coin auctions that most buyers of expensive coins are already wealthy, and time became more precious to them than money.

It is common for people who have significant holdings in stocks or bullion to ‘get out’ by selling at least half their respective holdings as soon as market levels start to drop sharply. Others decided to ‘ride out the storm,’ keep their stocks and bullion, and buy coins as a hobby while they have time. Customarily, some wealthy coin buyers figured that, if their investments are likely to drop in value anyway, they might as well enjoy collecting coins and take their minds off the horrid events characterizing the economy and society at large.

Also, if stock, real estate, and general commodity investments seem to be falling in value, then coin collectors have less downside risk by spending large sums on rare coins. Indeed, any expensive purchase involves risk. The sharp downturns in stock, bullion, and Bitcoin markets, however, must have caused some people to wonder if they were too heavily invested in one or more of those areas.

As of April 1, the record number of new cases during any one day, 3,557, was set on March 16. Undoubtedly, some coin buyers and observers favored a postponement of this auction.

The Pogue VII auction of coins and the Pogue VI auction of rare paper money were both scheduled to be conducted, along with other auction sessions by Stack’s Bowers Galleries, at the Baltimore Coin & Collectibles Expo. On Friday, March 13, Baltimore’s mayor, Bernard “Jack” Young, issued a press release, a provision of which referred to large events, “more than 250 people.” This press release stated that “city permitted” large events were canceled by executive order.