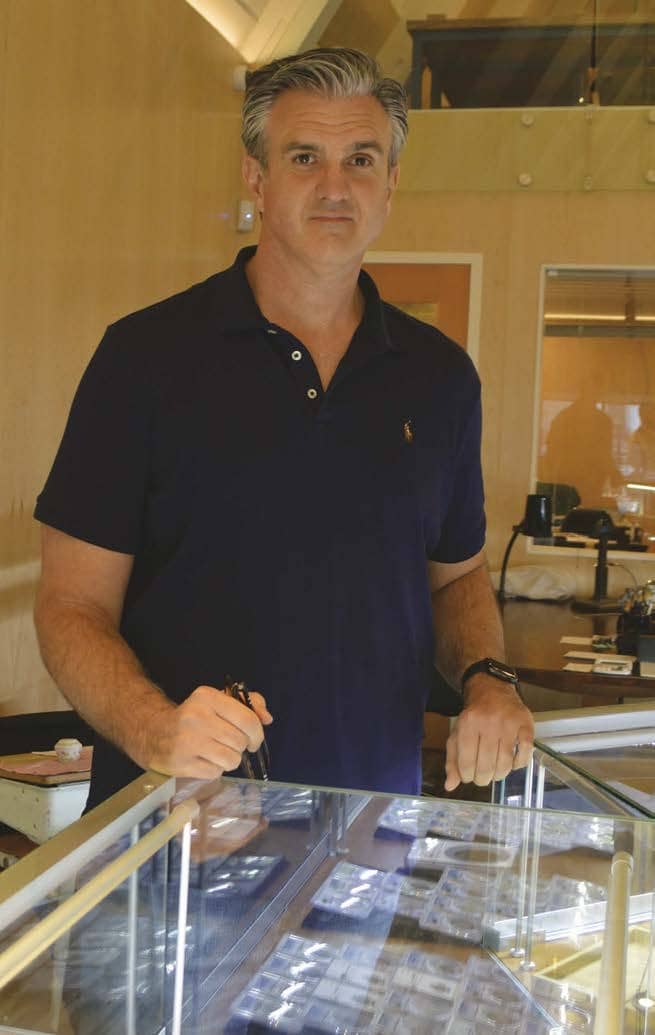 Seth W. Chandler is the owner and chief numismatist of Witter Coin. Witter Coin (www.wittercoin.com) was founded by Dean Witter in 1960 in a small shop on Bush and Kearny Streets. The business has been at its current location, the Hobart Building, since 1982.

Seth started collecting coins when he was four. He would place Wheat cents in blue Whitman coin folders given to him by his parents. His collecting interest started getting serious when Seth was 10 years old. Money earned from mowing lawns was used to buy coins at his local coin store, the Edgewood Coin Shop. Seth spent so much time at Edgewood, he was offered a job, and he worked there from the age of 14 through 18.

Seth has been an avid coin collector for more than 40 years. The focus of his collecting efforts are early United States gold coins and all coinage minted at the three San Francisco Mints. When not playing with coins, Seth spends time with his family — his wife and three children.

Witter Coin is an authorized dealer of PCGS, NGC, CAC, and PCGS currency and has one the largest inventories of PCGS and CAC graded coins in Northern California.

What is the future of coin collecting and investing?

I was very lucky to have the opportunity to take over Witter Coin in 2016 from the founder, Mr. Dean Witter. The shop was founded in 1960 in San Francisco. Since then, my belief in the future of the hobby has lead me to make a decision to go “all in” and build one of the greatest coin stores that the hobby has ever seen. Recently, we completed a one-year, one-million-dollar gut renovation of our location and now it is fifteen times the size of our previous location. That sounds crazy, doesn’t it?

Every day I become more and more convinced about the strength of the hobby. I have three children that go to three different schools, and I know a lot of the parents; when they find out I have a coin store, their faces just light up, and they tell me some form of a coin story.

Most importantly, we have a lot of young collectors coming in. During the summer, Witter Coin has six different interns that do a great job helping around the shop.

The strength of the hobby is alive and well!