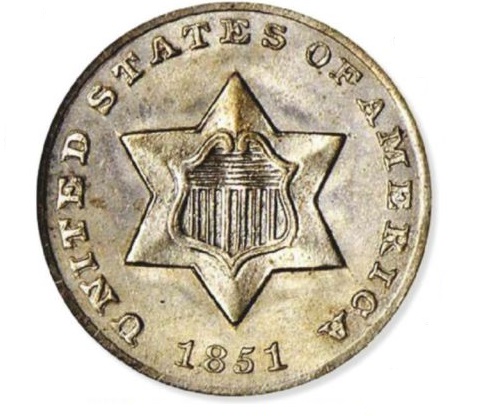 In 1851 and 1852 the mints struck large numbers of trimes (three-cent silver pieces) because of the ongoing coin shortage. STACK’S BOWERS

For the more than 200 years that the United States mints have been in operation, there have been good and bad years for coinage. These fluctuations have directly affected those dedicated collectors who avidly seek out coins of this country, especially where the output was low in the difficult years.

In the early days of the Philadelphi Mint, especially during the 1790s, coinage was very erratic, as the striking of gold and silver coins depended on bullion brought to the Mint by private depositors. The situation did improve somewhat after 1797 when the Bank of the United States was persuaded to make regular deposits of the precious metals; at first, these were primarily foreign silver coins, especially those of France. In time, however, gold was also sent to the Mint in reasonable amounts.

Some of the mintages, such as for the minor silver coins in 1796 and 1797, are very small and costly to modern day collectors wishing to add to their collections. It is sometimes said that these small coinages were the result of not enough bullion coming to the Mint, but this is only partially correct.

The lack of bullion, especially silver, meant that Mint Director Elias Boudinot had two choices. The first was to lay off skilled workers until the deposits got better. The second was to create a make-work situation in which small coinages, which required time and effort, were the order of the day; in 1796 and 1797, the make-work answer enabled the director to keep skilled workers on hand until bullion deposits increased. 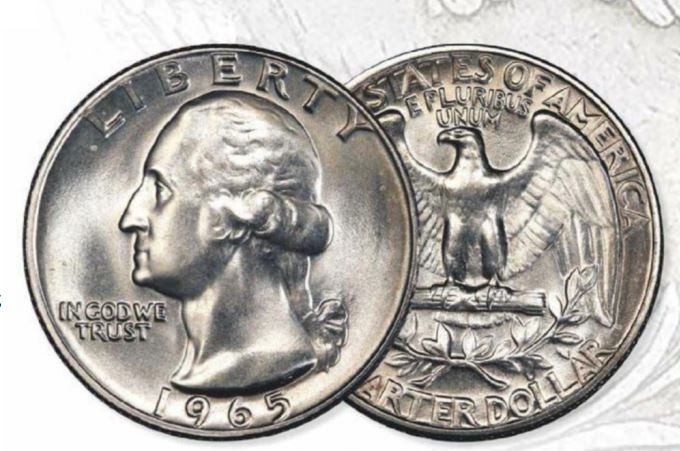 It is also said that the United States Mint at Philadelphia, in its earlier days, was not able to supply sufficient and gold coins for the public to use in the marketplace. This fact is again partly correct in that the entire output of the Philadelphia Mint, even including cents and half cents of copper, did not come close to providing a strong circulating medium for the country. We also find numerous instances of small coinages, such as the 1815 half dollar in which less than 50,000 were struck. The charge of not enough coins coming from the Mint is true, but again not quite the whole story. In reality, the American marketplace was relatively well supplied with silver and copper coins, the latter, of course, coming from the Mint. The bulk of the silver coins in daily use, however, were not made in the United States but were rather Spanish coins coming from mints in the Americas, especially Mexico City, Lima, and Potosi. After 1821 most of the silver came from newly independent Mexico.

Some idea of the amount of Spanish and Mexican silver in daily use can be seen in a study done in New York City in the late 1830s. At that time, United States coins made up only about one-sixth of the silver in daily use, the rest being foreign. Not all of the foreign was Spanish as there was a small amount of French silver in everyday use, mostly five-franc pieces. Because of this surplus of foreign silver in the marketplace, there was less pressure on the Philadelphia and New Orleans Mints for heavy coinages of silver. The New Orleans Mint coined both silver and gold after it opened for coinage in 1838. 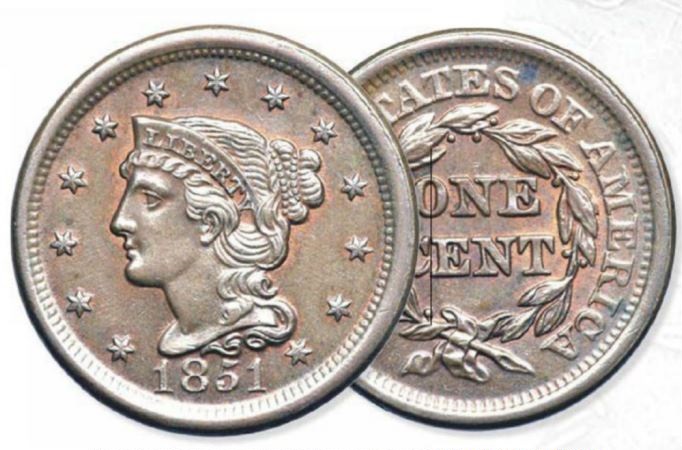 Due to the coin shortage, cents of 1851 were rolled up in bundles of 10,25, or 50 pieces to pass as dimes, quarters or half dollars. GOLDBERG COINS & COLLECTIBLES

The generally well-stocked marketplace, in terms of available coinage, came crashing to a halt in the late 1840s, the United States now facing its first real monetary problem. The discovery of gold in California in early 1848 and the large quantities found there led to an abundance of gold in the marketplace. The discovery of gold, in turn, meant that silver would rise in value to the point that a half dollar, for example, now contained about 52 cents worth of silver.