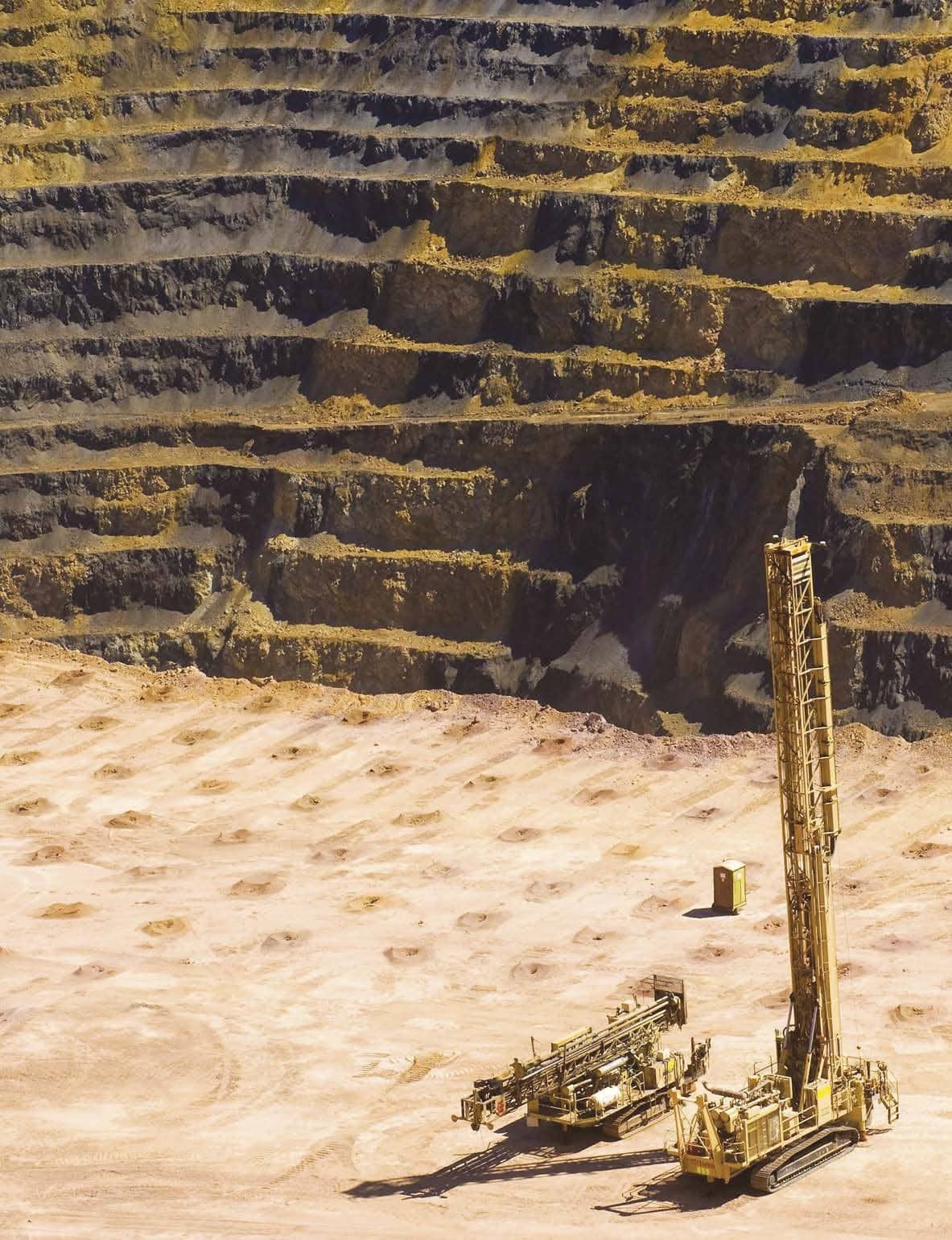 Drilling a round at a Nevada open-pit mine; blasting this round will break a quarter-million tons of ore that grades about one gram of gold per tonne.

Among the many effects of the COVID-19 pandemic on the global economy is an adverse impact on the mine-supply side of the gold market. The pandemic has already curtailed gold exploration and gold-mine-development activities, as well as the production of existing gold mines—all factors to consider from the bigger perspective of “peak gold.”

“Peak gold,” a term that has been bandied about for decades, is again on the minds of metal-market analysts, economists, and metal investors.

Many believe that peak gold—now predicted to occur in 2024—will send the metal on its way to $10,000 per troy ounce or higher and open the door to the best gold-related investment opportunity since the 1970s.

Peak gold refers to the year when the annual world gold-mine production is maximized and will never again achieve that level. It marks the time when the gold supply begins to fall rapidly short of demand, and gold prices take off.

The concept of peak gold is a spin-off of Hubbert’s Peak Theory, which states that the production of nonrenewable resources follows a bell-shaped curve by climbing, peaking, and then going into terminal decline. Developed in the 1950s by the American geophysicist and geologist M. King Hubbert to predict petroleum production, this theory has since been applied to another nonrenewable resource—gold.

Since gold became a free-market commodity in the 1970s, demand for the metal has increased steadily. The only reason that gold prices have not gone through the roof is that mine production has been able to keep pace. But any sustained decrease in mine output will disrupt this rather precarious supply-demand relationship, which is the reason the forecast of peak gold should be of concern to everyone involved in mining, buying, or selling the metal.

A line graph representing the last 50 years of annual gold production forms half of a bell-shaped curve. The steep “front” of this curve shows how production had accelerated rapidly since 1980. But during the past few years, production has leveled and now appears to be at the peak of this incomplete curve. If the Hubbert theory is correct, the beginning of the downturn that will form the backside of the curve is imminent. In other words, the peak gold period is nearing, and gold-mine production will begin its terminal decline.

While a simple line graph can represent gold-mine production, the chart is shaped in part by a sophisticated and interrelated scenario of gold prices, gold discoveries, ore grades, extraction technology, and mine-operating costs. Before discussing these factors, let’s review a few basic terms.

The price and weight of gold are expressed in a somewhat confusing mix of traditional troy ounces and the metric units of grams, kilograms, and tonnes. One troy ounce contains 31.103 grams. A tonne (metric ton) contains 1,000 kilograms or 32,150.7 troy ounces. 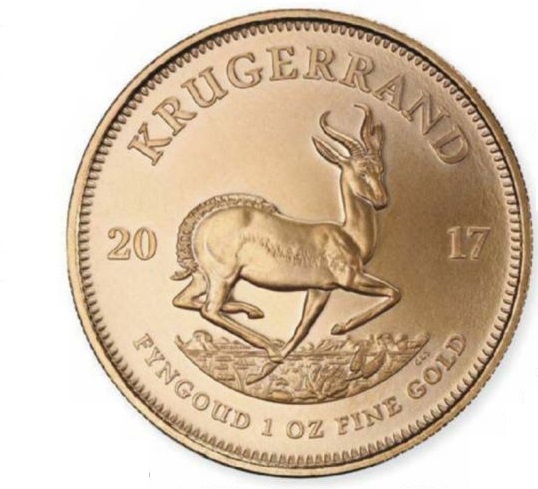 The grade of gold ore refers to the weight of the gold present in a given amount of mineralized rock. Traditionally expressed in troy ounces per ton, gold-ore grades are now stated in grams per tonne. A grade of 31.0 grams per tonne roughly equals 1.0 troy ounce per ton; 0.1 gram per tonne equates to 0.032 troy ounces per ton. What the mining industry calls “gold in the ground” is classified either as “ore” (also called “reserves”) or as “resources.” Ore definition is the mineralization of sufficient grade that can be profitably mined today. Because mining costs vary with location, depth, mineralization chemistry, and methods of mining, ore classification is site-specific. What is ore at one mine is not necessarily ore at another. Resources are mineralized deposits that are too low in grade to be mined profitably today, but which may, given higher gold prices and advanced recovery technologies, be worth mining in the future. Lower gold prices, of course, can also downgrade ores to resources. In mining-company financial statements, assets depend heavily on whether mineralization is classified as ore or resources.

Despite many short-term ups and downs, the historical, long-term gold-production trend has always been upward. Peak gold has been predicted three times in the past—in 1970, 2001, and 2015. But it failed to materialize each time, and annual gold production currently stands at an all-time high of 3,409 tonnes (nearly 110 million troy ounces).

This previous inability to predict peak gold shows that Hubbert’s Peak Theory, as applied to gold, is vulnerable to unexpected economic, technological, and production factors. And these explain why previous predictions failed— and why the 2024 forecast for peak gold may be correct. 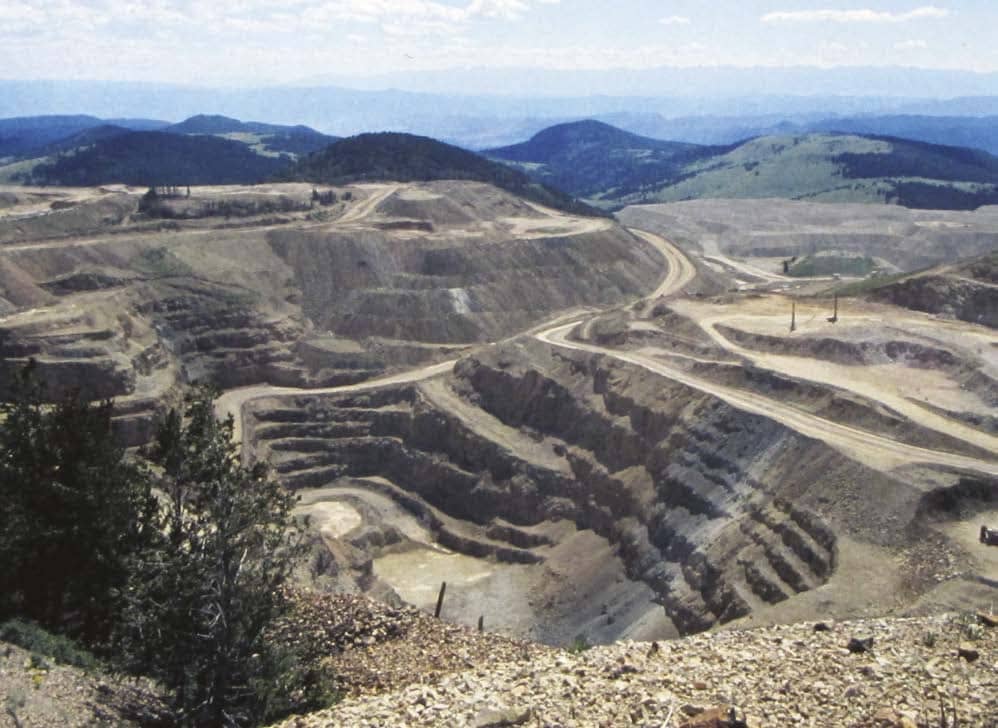