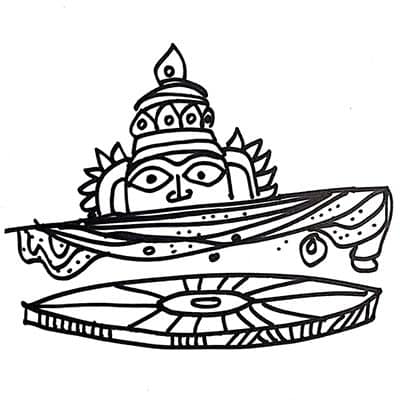 Water plays a very important role in Hindu mythology. Every form of water seems to be linked to a god, and to a caste. The sea is called Varuna, the father of Lakshmi. He is the source of all water. The sea also gives salt and fish, without asking for anything in return, which also makes him the symbol of generosity. From the sea come clouds, from the clouds come rain. The rain, in turn, is released by Indra. Indra becomes the god of freshwater, who brings rain from the sky. So, the sea god is the father of Lakshmi, goddess of wealth, while Indra is the husband of Lakshmi, who rides white clouds and hurls thunderbolts in dark, rain-bearing clouds.

Rivers and ponds are considered feminine. All the rivers are considered goddesses, associated with Apsara or damsels, who flow onto the earth (earth is also visualized as a female, Bhoodevi) before returning to their father’s house. Thus, the circle of water is seen as a movement from the sea god, through the rain god, via river goddesses, moving back to the sea. Ponds are also associated with nymphs and creatures known as Yakshas, who take the form of birds and fishes to protect these water bodies.