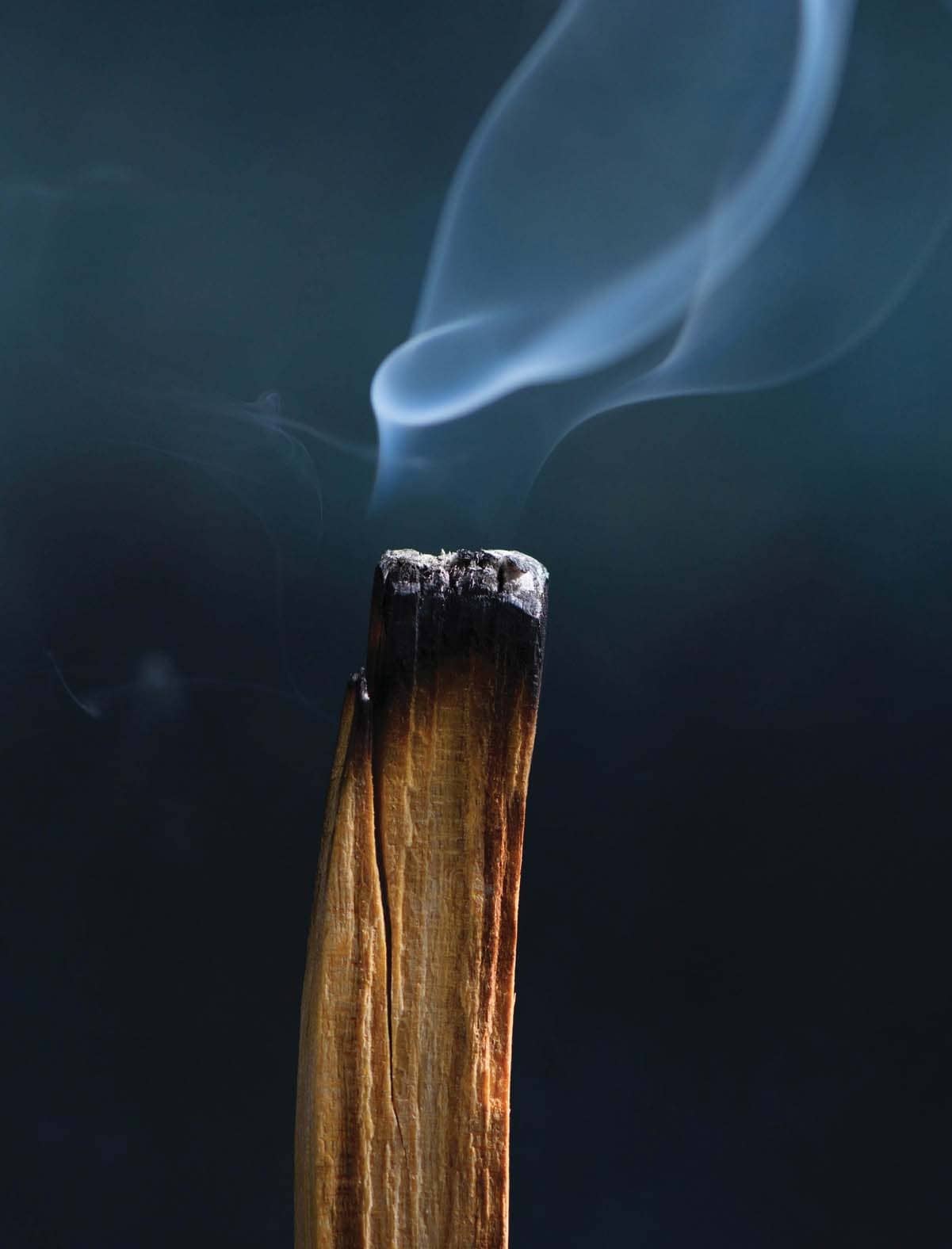 It’s time to ask some tough questions about palo santo.

Since the time of the Incas, the fragrant palo santo tree has been harvested by shamans in Peru and Ecuador, who use its essential oils or smoke to cleanse away evil spirits before initiating ayahuasca rituals or to aid the dying on their journeys to the afterlife. The very act of foraging for the wood by the shaman is a critical part of this spiritual process. Only mature plants, around 50–70 years of age, develop the “heart”—a dense, deeply resined core—necessary for distillation into an essential oil. And palo santo trees produce the finest oils when they die naturally and sit on the forest floor for several years.

Can we get the same spiritual effect from a questionably sourced box of sticks snagged on Amazon? You’d think so: The scent of this bewitching, spicy, citrusy “holy wood” (a translation from the Spanish) is everywhere these days—infused in candles; wafting from yoga studios; for sale at mystic shops, home stores, and Anthropologie. You can buy palo santo smudge sticks from Etsy and follow along on YouTube as a woman in yoga wear teaches viewers how to cleanse a room without burning the place down.

It’s true, smudging with palo santo has reached the latest-craze status. A quick #palosanto search on New Year’s Day revealed that plenty of palo santo went up across the United States as people smudged their homes to banish bad spirits and welcome in a promising new year. “Burning Palo Santo and doing some cleaning! So excited to be in a new year! I’ve got good feelings about this year!” declared one Twitter user.

But some wellness bloggers have suggested that palo santo is critically endangered. If it is, your smudging ritual may be contributing to the annihilation of a sacred tree. That’s some bad juju, so I wanted to know: Are the rumors true?

First, let’s clear up some confusion. There are actually two trees called palo santo. One, known as Bulnesia sarmientoi, grows in Paraguay, Argentina, and Bolivia; this plant has indeed been placed on the Red List of Threatened Species by the International Union for Conservation of Nature, the leading organization dedicated to tracking global conservation of plants and animals. Due to over-harvesting and habitat loss, the tree is near extinction.

The other species, Bursera graveolens, is also called palo santo but grows closer to the equator and isn’t on the Red List—yet. This is the tree often used for spiritual purposes. But just because it’s not on the watch list doesn’t mean it isn’t threatened. With its long, shallow roots, this tree thrives in tropical dry forests from Mexico to Peru, in areas that undergo severe droughts for up to seven months at a time. Because these forests have such extreme dry seasons, they are particularly vulnerable to soil erosion if the mix of flora and fauna is compromised due to overharvesting or clear-cutting. “Only 5 to 10 percent of dry tropical forests are still intact around the world,” Susan Leopold, PhD, the executive director of United Plant told the New York Times. As these ecosystems vanish, she warns, palo santo may go with them.