The Long Jump Ahead 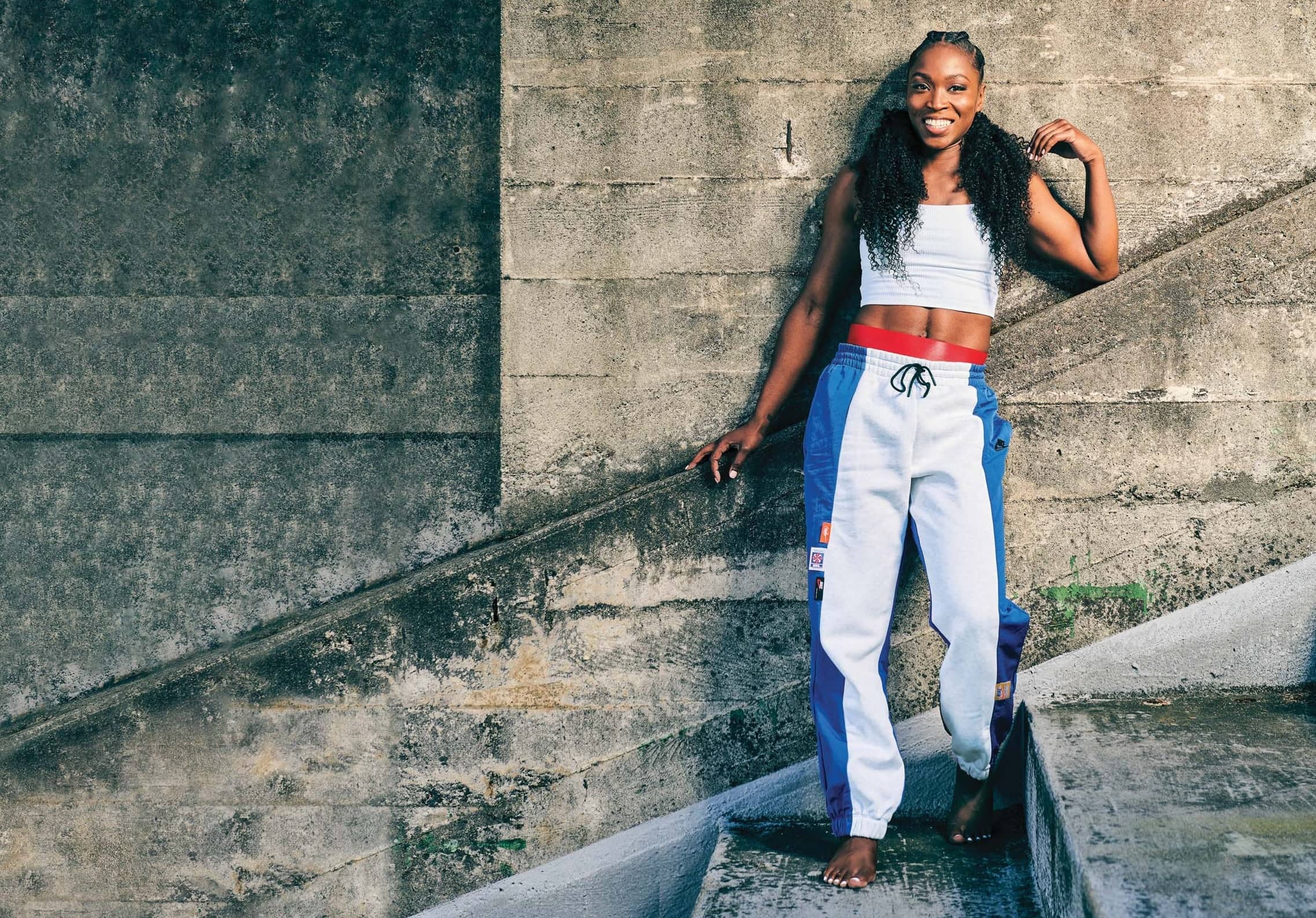 Three-time Olympic gold medalist Tianna Bartoletta’s dreams for the 2020 Games were derailed by injury, illness, and the global pandemic. Now, she’s ready to defend her title.

On a sunny Friday afternoon during the last weekend in February, before stay-at-home orders and facemasks and furloughs, I watched three-time gold medalist Tianna Bartoletta practice the long jump at UC Berkeley’s Edwards Stadium. The YTT-200’s focus was as sharp as the spikes on her shoes as she sprinted down the track and sprung into the air, seemingly weightless, before softly making contact with the sandpit. The key, she told me, is accelerating into the takeoff instead of slowing down to jump. “You gotta be crazy,” she says. “You gotta feel the fear and do it anyway.”

It’s a sentiment Bartoletta, who took home two gold medals from Rio in 2016 (long jump and 4x100-meter relay), has experienced before, particularly during the lows that have punctuated her successful 15-year track and field career. She won her first world championship in the long jump in 2005, the summer after her sophomore year in college, but didn’t earn her second until a decade later.

The latest example of Bartoletta’s fear-be-damned mentality was starting to train for this past June’s Olympic trials in February—by her own account, five months too late. An ankle injury and emergency surgery derailed her 2019 season and kept her off the track until the week before we met. She was only just easing back into her limited training schedule of sprinting, jumping, and weight-training sessions three to four times per week.

At 35, Bartoletta knows this will most likely be her last Olympics, and as the reigning champion, she feels immense pressure to defend her title. But that stress won’t deter “the USA’s Sprint and Long Jump Comeback Kid.” Her yoga practice, a tool that keeps her sane and grounded during intense phases of uncertainty, is an advantage she has over her competitors. “Going to the Olympic trials is like going to the Hunger Games,” she told me. “This is my fourth time entering that arena, and there is a lot of dread. But the mat is where I generate a lot of the momentum and energy I need to bring to go out and win medals.” 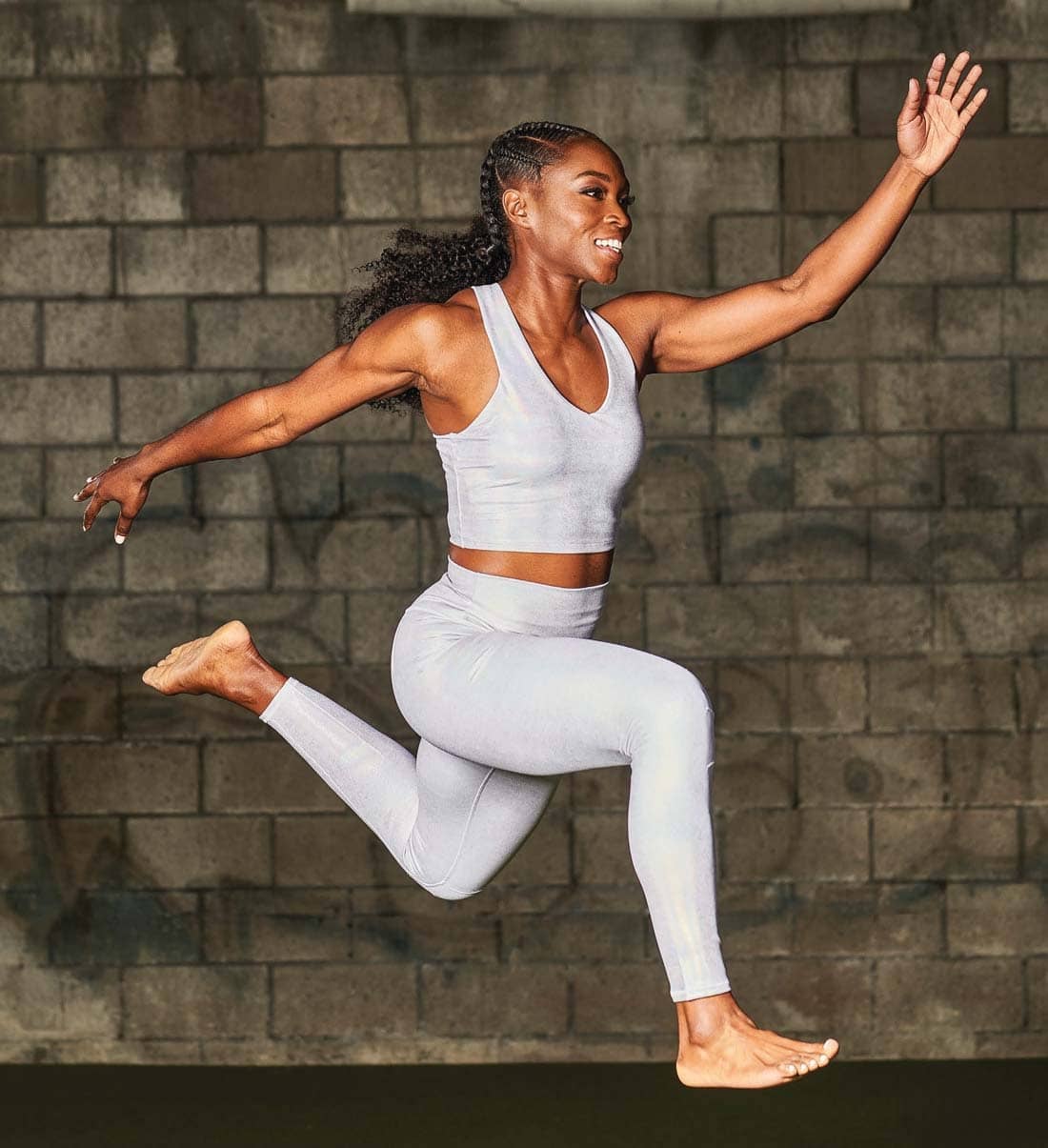 BARTOLETTA’S CAPACITY FOR hard work and intense competition are traits she says she and her two sisters inherited from their parents. “My mom made sure that we understood that as females, we had to work twice as hard as our male counterparts,” she says. “And then as black females, we had to probably work double that just to get a foot in the door.” Bartoletta has been involved with sports since she was 12, but she didn’t get serious about track until her junior year of high school when her dad told her that she’d need to get a scholarship in order to attend college. She dropped volleyball and basketball to focus on her best sport—track—and earned a scholarship to the University of Tennessee in Knoxville.

Her freshman year, however, any signs of greatness she’d shown in high school were replaced by mental blocks that trumped her physical performance. That spring, when Bartoletta attended the national championships, she was a mess. “I got my butt whooped. I was scared. I was intimidated. I punked out of being awesome,” she says. “And my coaches were really upset because I didn’t score any points.” A few weeks later, at another meeting, a coach from the men’s team approached her. “He told me, ‘Tianna, you have to commit to that first step. Once you initiate the jump, that’s it. It’s kamikaze out here—you have to understand that once you’re up there, there’s no coming back.’” Something inside her clicked, and when she jumped that day, she cleared 6.60 meters, a distance that would have won nationals two weeks prior. 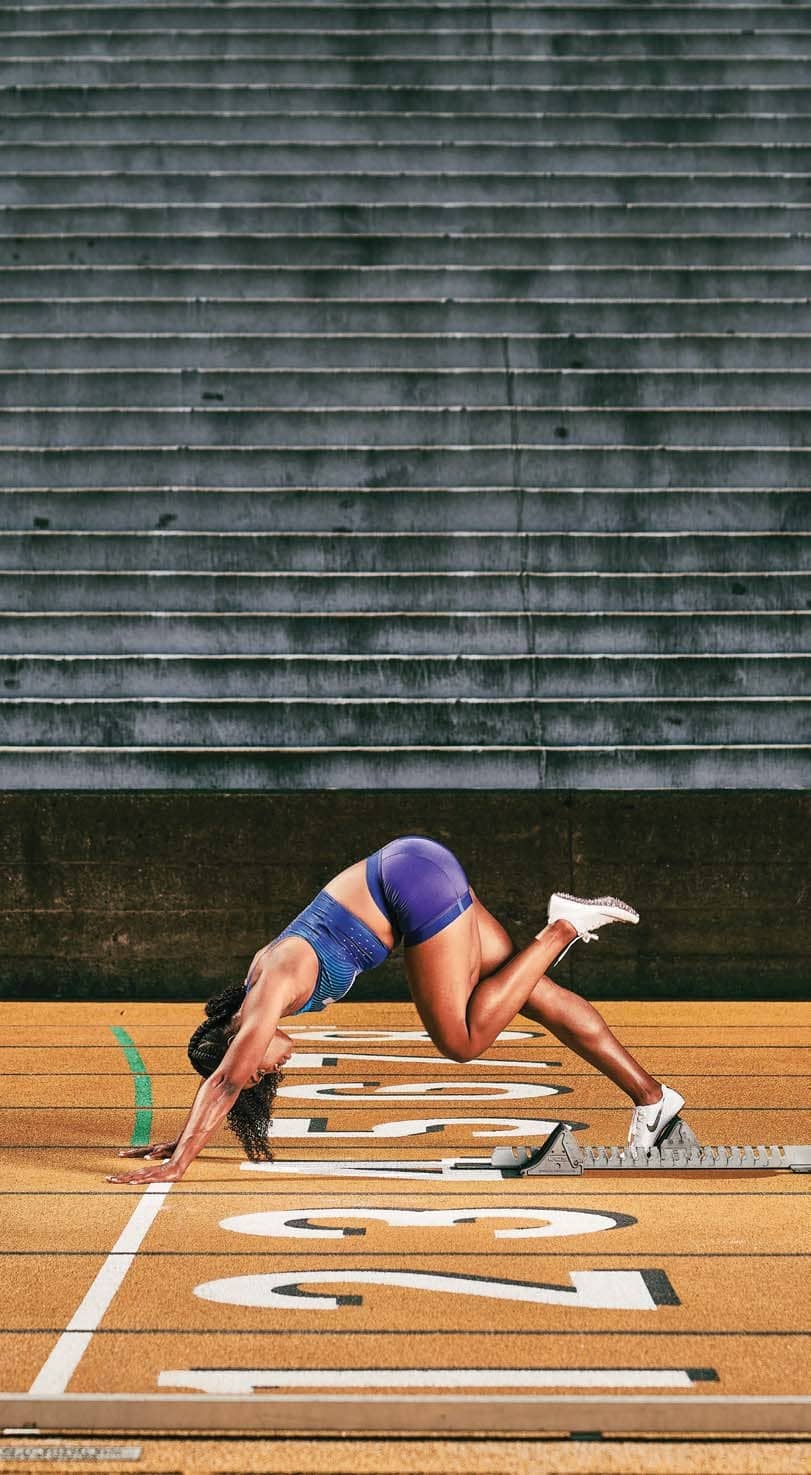