How Fascia Shapes Us 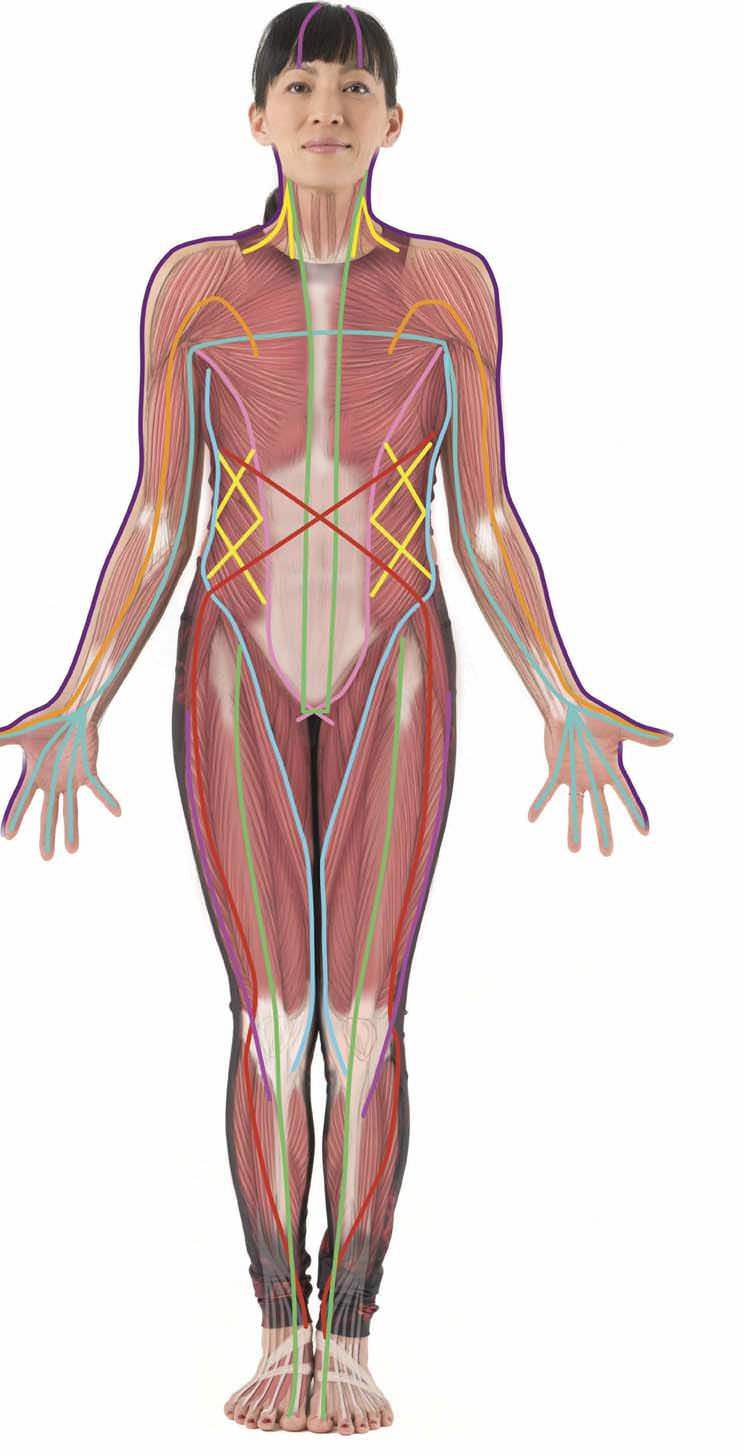 Deepening your anatomical perspective refines your kinesthetic sense by helping you feel into your entire body—which is greater than the sum of its anatomical parts. The connective-tissue net, known popularly as fascia, weaves those parts into one integrated whole.

IF I ASKED YOU what a heart is like, chances are you’d say it’s like a pump. The lungs are often described as “bellows,” the kidneys “a filter,” the brain “a computer.” We tend to view the body in mechanical terms because we live in an industrial age—and because the body has been described as a “soft machine” ever since the scientist René Descartes coined the term in the early 17th century.

So it comes as no surprise that most anatomy books show you body parts—this muscle, that ligament—as if we’re assembled part by part like a car or an iPhone. But instead of timing belts and motherboards, we have hamstrings and biceps. An anatomy atlas is a helpful tool for learning, but the error comes when we start thinking that humans are actually built that way. What is actually going on under your skin is so different from what’s in those pictures.

Your body is much more like a plant than a machine. We are grown from a tiny seed—a single cell, or fertilized ovum, about the size of a pin prick—not glued together in parts. This seed contains sufficient instructions (given the proper nourishment) to create a helpless, squalling baby, who turns into an energetic toddler, a feckless teenager, and then finally a mature adult.

By the time we’re adults, we consist of approximately 70 trillion cells, all surrounded by a fluid fascial network— a kind of sticky yet greasy fabric that both holds us firmly together, yet constantly and miraculously adjusts to accommodate our every movement.