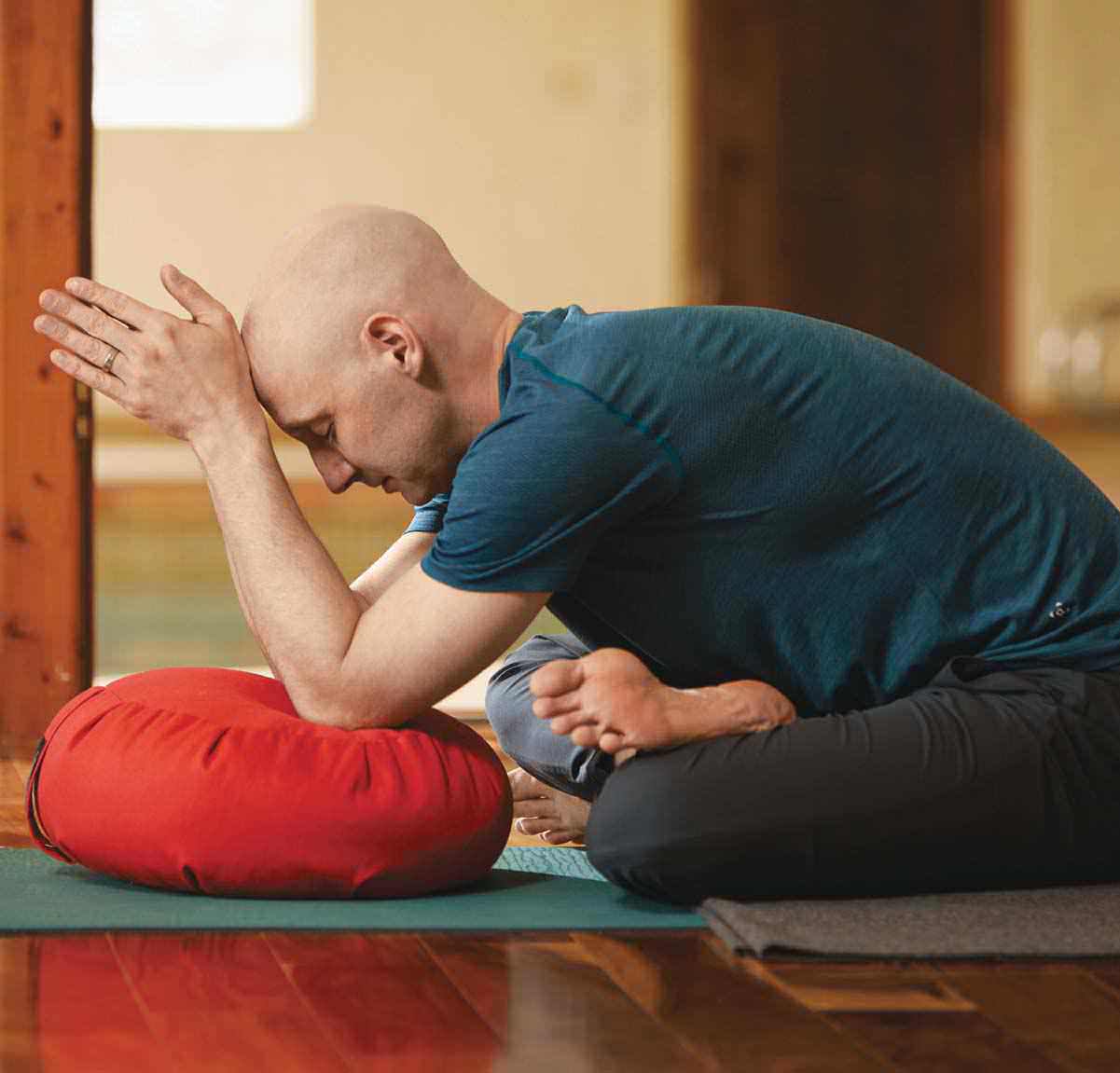 Want to find more balance in your yoga practice and your life? Do you feel like all of your practices— whether on the mat, at work, or at home—could use a refresh? Here’s why Yin Yoga may be the answer.

When I first stepped onto the yogic path 20 years ago, I was quickly hooked by the rigorous discipline and self-control that Iyengar Yoga inspired in me. For two hours a day, I practiced asana sequences as scripted by B.K.S. Iyengar in Light on Yoga. I sought spiritual purity through a raw vegan diet, believing it was the only way to uplift my soul and purge my body of toxins. And I believed that with the right conditions, teacher, and amount of practice, liberation was at hand.

It’s clear to me now that my sincere effort to find peace and happiness through yoga was turning me into a neurotic freakshow. In fact, the Iyengar method’s emphasis on exactitude had prompted controlling tendencies in me that started to colonize my entire life. It wasn’t until I found myself in acupuncture to treat a back strain—from practicing Urdhva Dhanurasana (Wheel Pose)—that I got the first hints that my best yogic intentions may have been doing more harm than good. Acupuncture was so fascinating to me that I decided to become an acupuncturist. And it was during my first year in acupuncture school, when we explored the fundamentals of yin-yang theory, that it occurred to me just how yang-dominant I had become.

Yin-yang theory, from traditional Chinese medicine, is a simple but useful way to analyze and understand any experience. Yin qualities include traits like receptivity, allowance, tolerance, reflection, and passivity. Yang qualities include doing, directing, improving, achieving, controlling, and becoming. From a Chinese-medicine perspective, yin and yang qualities are both essential, and neither is superior to the other. When we understand their relationship, we can promote balance and harmony between them.

It turns out that in my yang-driven effort to cultivate peace, I was reinforcing a quality of rigidity by trying to control my body and diet. I started practicing Yin Yoga to find more balance, and I immediately noticed some big changes. First, my experience with meditation dramatically improved. My body started releasing deep tension that had been causing my knees to ache and my feet to go numb. This alone kept me coming back to the five-minute Yin holds that are standard for the style, and I learned to tolerate the bitter achiness of the sensations I felt when I did the poses. I also noticed how this release of tension facilitated a more graceful flow and better mobility in my yang-dominant Iyengar practice.

I began to perceive an inner softness and deep relaxation in my body that lasted far beyond the normal 30 minutes of zen I experienced after a yang practice. Perhaps most profound, I had a greater awareness of my internal energetic state. In acupuncture school, people often talked about feeling their energy as flowing or being blocked—but to me, perceiving subtle energy was as out there as seeing auras or remembering past lives. But when I started practicing Yin, I finally began to sense the subtle currents of energetic flow that rippled through my body. Turns out it wasn’t so mysterious; it just required a more magnified lens of mindfulness, which is something that naturally gets stronger when you practice Yin Yoga.

What, exactly, is Yin Yoga?

The term Yin Yoga gets tossed around a lot these days, yet as a yoga style, it’s intended to achieve something very specific: to balance and harmonize the body and mind in tandem with other, more yang styles of practice. Generally speaking, yang styles of yoga (like Iyengar, Ashtanga, and vinyasa) emphasize rhythmic and repetitive contraction of muscles. These styles focus on moving the body through dynamic flows that stimulate, stretch, and strengthen the muscles and their fascia (connective tissues). Yin Yoga emphasizes passive, static postures, held for long periods of time, with muscles in a relaxed state. This way, the dense connective tissues in and around the muscles and joints are stimulated, somewhat stretched, and ultimately strengthened. Yin Yoga is meant to complement and supplement one’s yang yoga practice. Yin isn’t a standalone practice; it’s just the other half of practice.