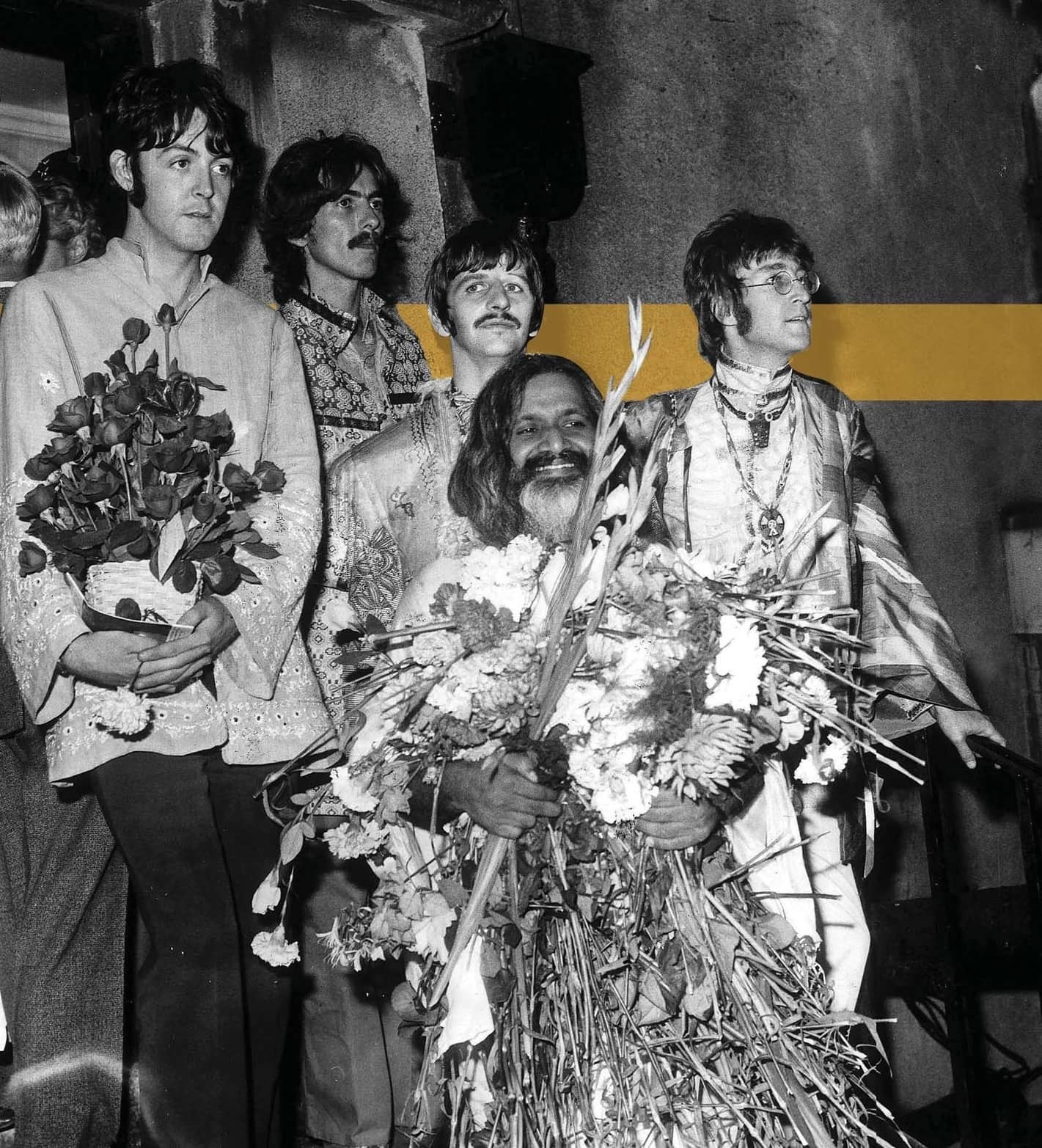 Remembering the revolutionary sound that helped bring meditation to the West.

In October 1966, 18-year-old Prudence Farrow Bruns was kneeling at the foot of the Apparition Grotto in Lourdes, France, praying for a miracle. She desperately wanted to study Transcendental Meditation (TM) with her guru Maharishi Mahesh Yogi in Rishikesh, India, but students at his TM teacher training were required to be at least 24 years old. When her older sister, actress Mia Farrow, was invited to the Maharishi’s ashrama year later, the younger Farrow was desperate to join her. “It was my dream!” she recalls.

As fate would have it, Prudence got her miracle, and in January 1968, she traveled with her sister Mia to the small Himalayan town where her guru made camp when he was not traveling around the United States and Europe lecturing about elevated consciousness and the joys of inner happiness. There were more than 60 people staying at his ashram at the time, including the Beatles, Scottish pop star Donovan, and the Beach Boys’ Mike Love—all seeking enlightenment from a shaggy-haired pacifist whose battle cry was that with just 20 minutes of TM a day, practitioners could achieve “pure bliss consciousness” and live from a place of love rather than in the prison of their minds.

But it wasn’t all peace and love at the compound. The Beatles famously left after two months amid rumors of sexual misconduct by the Maharishi (no suits were ever filed and some of the attendees later denied that anything inappropriate had taken place) but not before they penned 48 songs, including the White Album’s “Dear Prudence,” a nod to the young Farrow’s reclusive dedication to her meditation practice while at the ashram.

Even without the endorsement of his star pupils, the Maharishi and the TM movement were catching fire in the West. TM was a welcome contrast against the backdrop of the turbulent 1960s. The Vietnam War was taking hundreds of lives per week. A spate of high-profile assassinations and violent protests rocked the evening news, and the specter of war with the Soviet Union and nuclear annihilation frightened the nation as the world watched. Mantra meditation and the Maharishi’s message of love and world peace became the it theme in popular culture. Life magazine dubbed 1968 “The Year of the Guru,” featuring the Maharishi and his famous disciples in a colorful eight-page spread. By the mid- 1970s, TM had an estimated 600,000 practitioners and was gaining up to 40,000 more per month.

“One of the things that the Maharishi started having us do was meditating in these large groups to put peace out into the collective consciousness,” says Farrow, who at 72 has only recently retired from teaching TM after more than 51 years. “From my perspective, today’s yoga practitioners are my children and grandchildren and great-grandchildren. You’re the future of this revolution in consciousness in the West. It started with us, but you will carry it on.”

In the famed words of American psychologist and writer Timothy Leary, “Turn on, tune in, drop out” as we travel back to the 20th-century music and counterculture that spawned a quest for self-inquiry and brought Eastern spiritual practices West—setting the stage for the contemporary New Age movement we have today.

American-born Yehudi Menuhin, considered one of the greatest violinists of the 20th century, was invited by the Indian government to play a series of concerts. There, he was introduced to celebrated sitar player Ravi Shankar and guru B.K.S. Iyengar by then-Prime Minister Jawaharlal Nehru. Menuhin became a champion of Indian classical music, recording the Grammy Award-winning album West Meets East with Shankar and performing with Hindustani classical musician Ali Akbar Khan. He became a lifelong yoga practitioner, even inviting Iyengar to join him on a European tour in 1954 so he could learn directly from the master. The two would remain friends until Menuhin’s death in 1999, and Menuhin eventually wrote the foreword for Iyengar’s bestselling book Light on Yoga, which is still in print today and has sold more than 3 million copies worldwide.