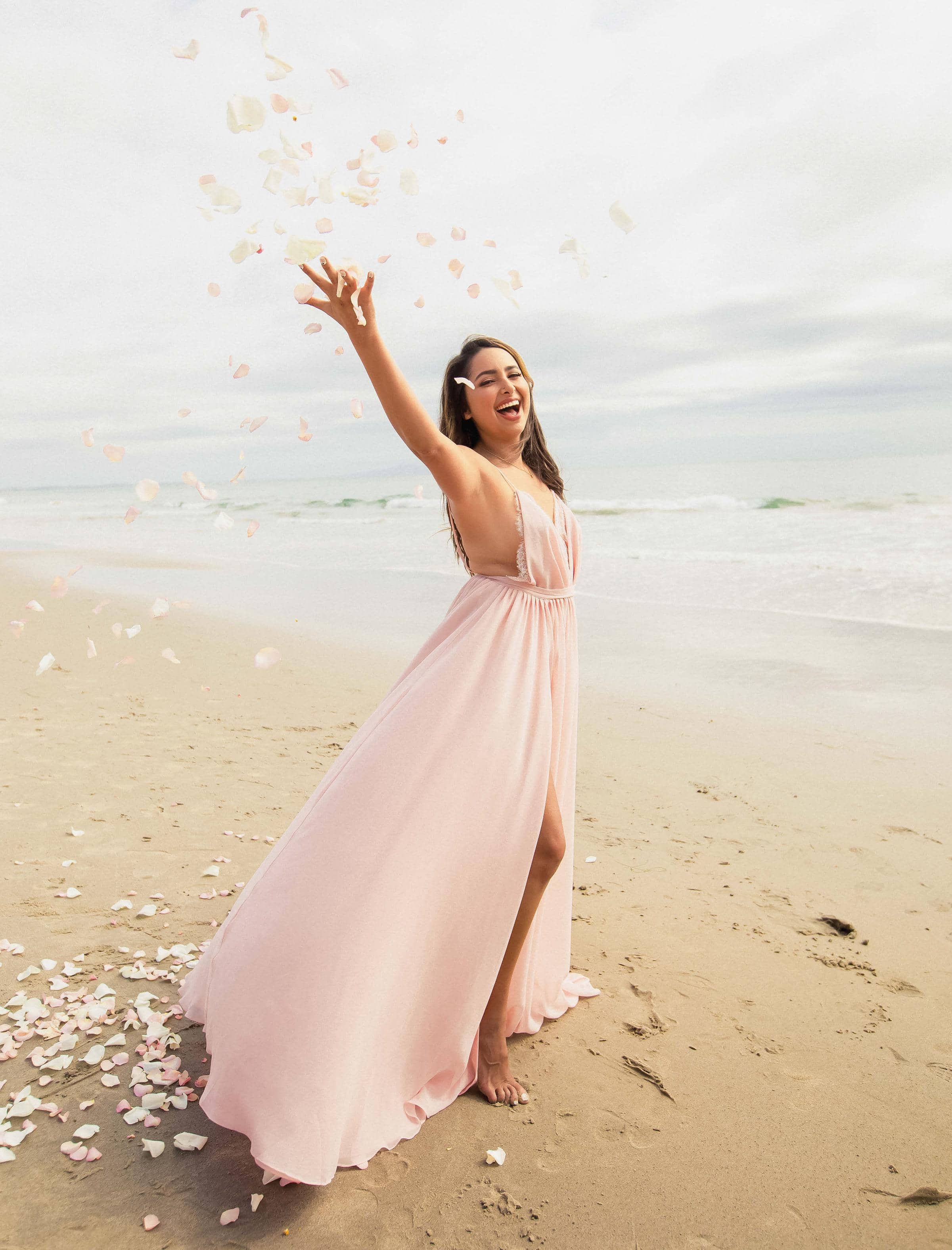 Best-selling Ayurvedic author Sahara Rose Ketabi has made a life out of modernizing ancient wisdom.
By Lindsay Tucker

Sahara Rose Ketabi wants me to stop watching scary movies. We chat about this as we ride the elevator down from her sixth-floor apartment overlooking the Pacific Ocean in Los Angeles’ Pacific Palisades. She never watches horror films. Art plants seeds in our minds that can grow and become real, she tells me: “It changes your subconscious and creates possibilities of atrocities that you would never have thought of on your own. Then it’s in your subconscious, and it keeps leaking in. So then you’re manifesting more of—not that specific thing per se—but scenarios that go along with it.”

I tell her how I’m still trying to unsee 2019’s Midsommar, which is gruesome and harrowing in a way I wish my mind could forget. Ketabi nods, although she has not seen it. Manifesting is one of her super powers, and she’s not about to muck that up for a cheap thrill. Ask her about it, and she’ll tell you detailed accounts of how she’s attracted her life’s greatest successes: a foreword written by one of her heroes, Deepak Chopra, in her very first book, back when she was living in her grandparents’ apartment after college; her husband, whom she dubbed her “God Man” and says she communicated with through meditation before they ever met; and her latest endeavor, Rose Gold Goddesses, a worldwide collective of spiritual women seeking enlightenment and sisterhood.

I first met Ketabi in August 2018 when I was interviewing yoga and meditation teacher Rosie Acosta for a cover story that ran in December of that year. Ketabi had just received the first advance copies of her contemporary Ayurvedic cookbook Eat Feel Fresh, and she’d brought a few over to Acosta’s Laurel Canyon home to promote its October release on Acosta’s wellness podcast, Radically Loved. I honestly hadn’t heard of Ketabi, but I should have. By then, her own podcast, Highest Self, had hit No. 1 in the spirituality category, and The Idiot’s Guide to Ayurveda was already a bestseller in the Ayurveda space— thanks in part to the foreword and cover quote she managed to score from Chopra.

How did that happen? In May 2017, Ketabi spontaneously decided to attend a yoga and science conference while she was visiting New York City. She was bored, sitting in the very back of a jam-packed auditorium, plotting her escape. “I’m thinking, Right now, the only thing that could keep me here is if Deepak Chopra walks on stage,”

she tells me, leaning back into the corner of her sectional as we eat sashimi in her living room. “And then they’re like, ‘OK, time for a lunch break. Now, a word from our sponsor, Deepak Chopra.’” In that moment, the alternative medicine megastar walked on stage, waved “Hello, everyone,” and casually walked off, signaling a break in the event.

Ketabi was a precocious child, growing up in the Newton suburb of Boston with parents who had both immigrated from Iran—her father to attend MIT, her mother to continue her own education after the 1979 Islamic Revolution resulted in the shuttering of universities. Ketabi recalls an elementary school assignment where she was asked to dress up as her favorite celebrity for a presentation. “She dressed up as Gandhi,” her brother, Amir, recalls from Boston, where he lives. “Literally, white robe.” Their father had showed them the 1983 Academy Award–winning film Gandhi as children. “We talked about violence and peace and meditation and the significance of it all,” says Amir. “It had an impact on both of us, but she really took it a step further.” As a preteen, Ketabi threw herself into learning about spiritual leaders and changemakers such as Mother Teresa and Ida B. Wells, using books as a roadmap for what her own path could look like. Eventually she picked up a book by Chopra. “He’s always been a major figure in my life,” she says. “My parents and I would get into fights, and I’d be like, ‘One day I’m going to be like Deepak Chopra!’” 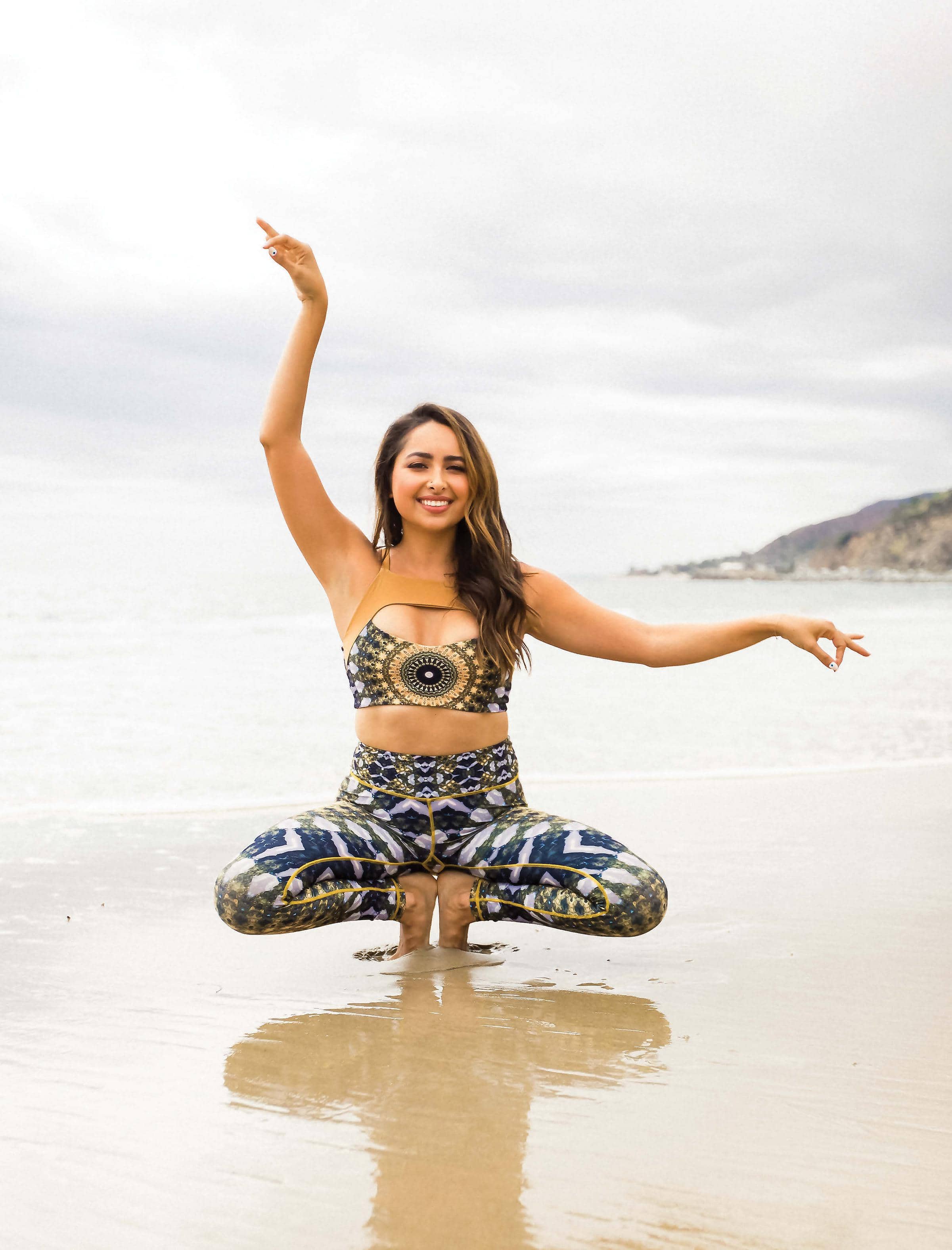 So there he was, at the foot of the stage, a thousand people between the two of them—an amorphous mob trying to exit the auditorium like cattle—and Ketabi started bum-rushing the stage. When she reached Chopra, he was midconversation. Eventually he turned to her.

Ketabi introduced herself and asked Chopra if she could send him a PDF of her forthcoming book; he agreed and gave her his email address.

“So I’m like, This is the pinnacle of my whole life,” Ketabi says excitedly. “I have Deepak Chopra’s email; now what am I going to do with it?” She meditated for eight hours that day, imagining Chopra writing an endorsement for the book. “I’m thinking, This is exactly what I need to get this book out into more people’s hands. If he writes a quote, more people will read it, and it will benefit more lives.”

Chopra did read her manuscript, and as we now know, he wrote the foreword to The Idiot’s Guide to Ayurveda (and later, Eat Feel Fresh). He also invited Ketabi to be a faculty member on his wellness app Jiyo, which led to the two of them hosting a 31-day Ayurveda transformation challenge together and to Ketabi’s online Intro to Ayurveda course. Today they’re collaborating on an Ayurvedic certification program through Chopra Global. “It’s been a joy to watch Sahara grow and expand in the past few years,” Chopra told me in an email. “She is a true example of embodying her own dharma.”

Ketabi says what’s fueled her entire life is living in alignment with her dharma, which is the theme of her next book, Discover Your Dharma, coming next year. Early on, she decided that her purpose “in this lifetime” was to be of service to humanity. Because of this, she started volunteering with at-risk youth in Boston at 13 (after she’d started practicing yoga a year earlier). When she was 15, through a global justice program at her high school, she went to Costa Rica to work in a prison and care for orphans. That same year, she started her school’s chapter of Amnesty International. “I was very into reading about Howard Zinn and counterculture and how we can create change,” she says. “I was organizing protests all the time and bringing in speakers to talk about the Iraq war, genocide in the Congo, and forced rendition.” At 16, she helped build a preschool in Nicaragua—at 17, a community center in Thailand. 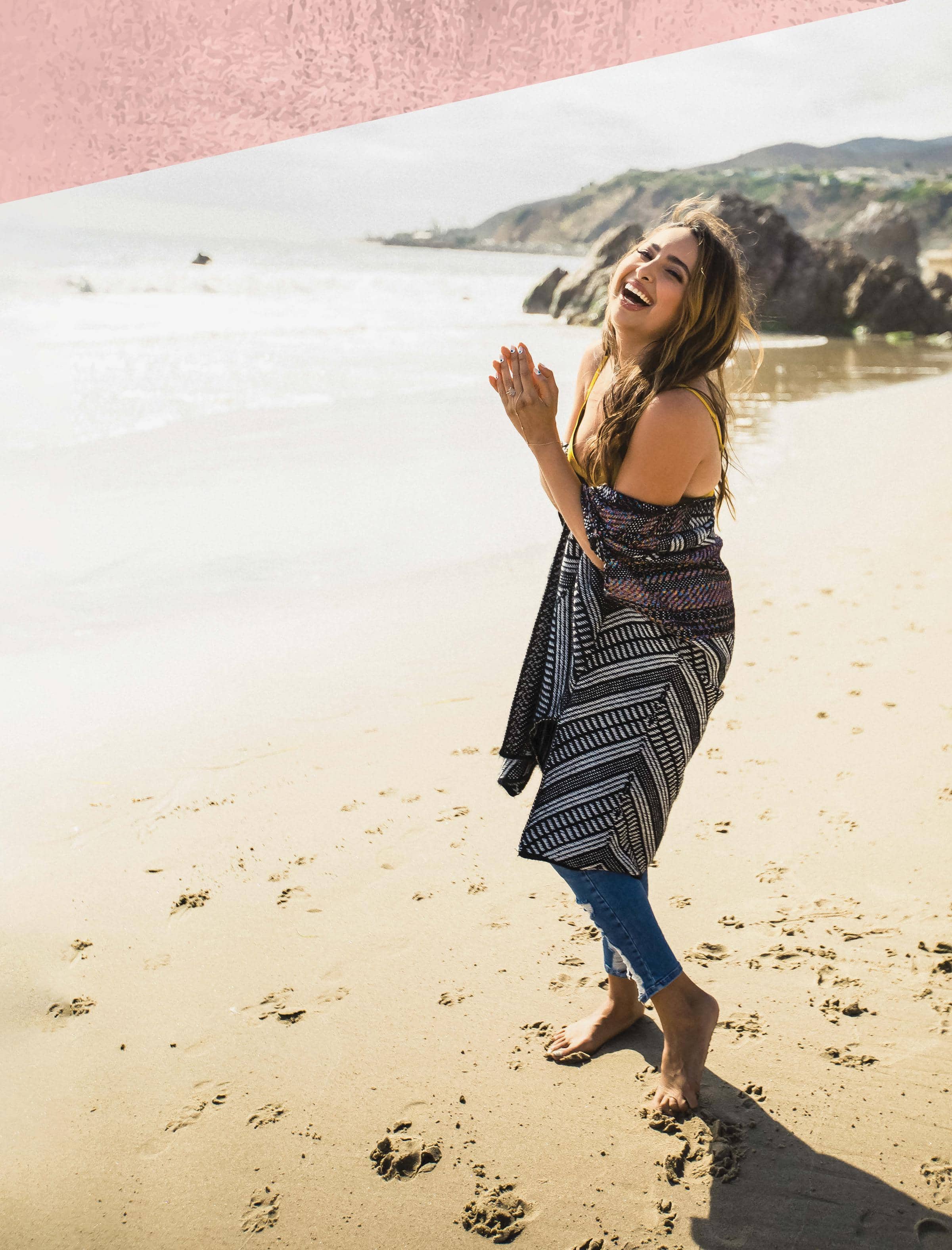