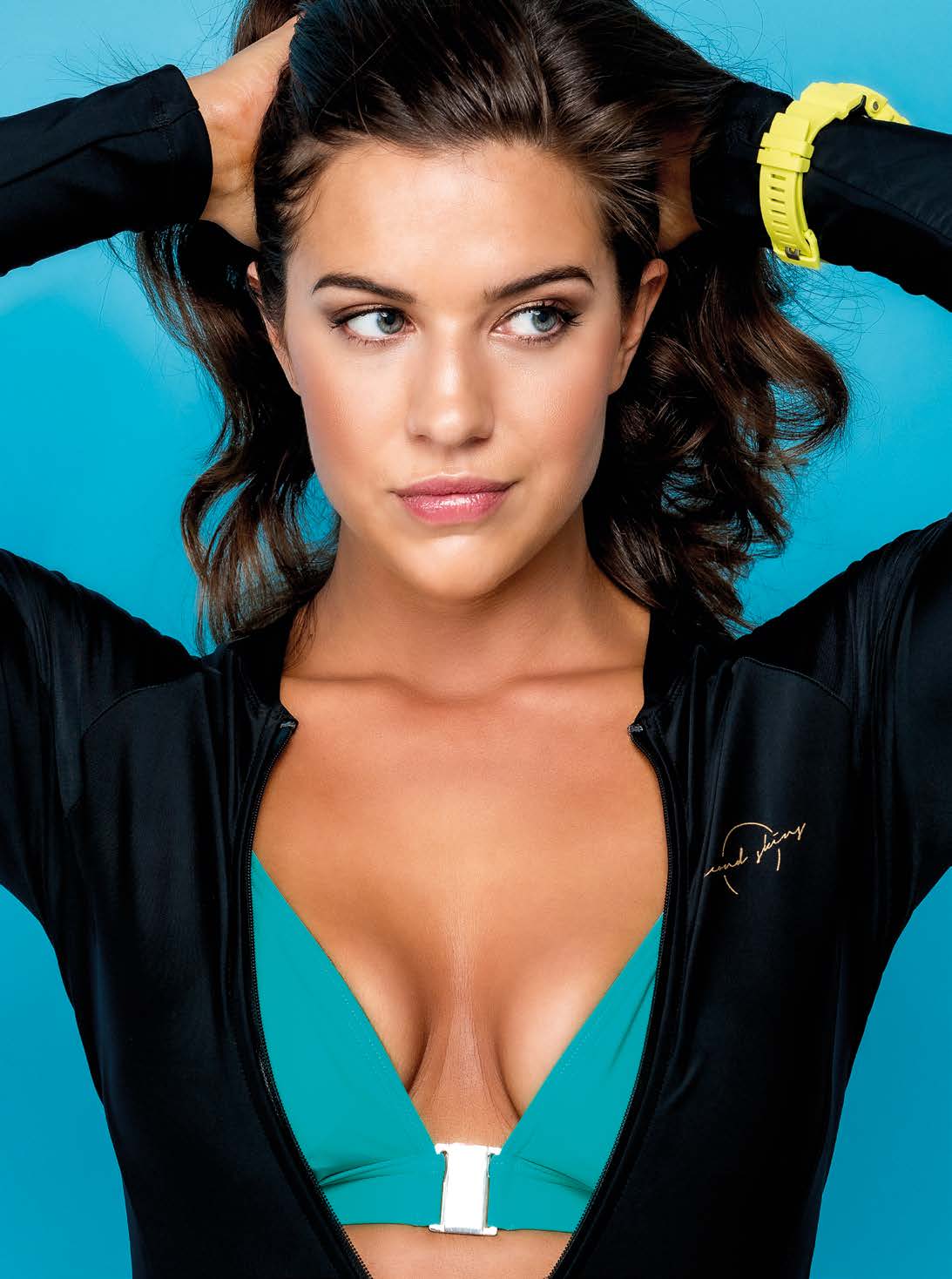 Sinead Martin Sits Down With This Powerhouse Woman For A Lesson In Healthy Living, For Mind, Body And Soul

Up until age 13, Marciel lived on De Grendel Wine Estate, where her father was a winemaker. “I grew up very happy, I had a carefree childhood, I had little goats and geese as my pets,” she says. “I had imaginary friends and was always climbing in the trees… I was very much a tomboy,” she recalls. “It meant I had no issues with weight. My primary school was tiny and it wasn’t something I ever thought about or considered.” In fact, it wasn’t until high school when she was asked by a fellow grade eight pupil how much she weighed that Marciel was even aware of weight disparities.

After the first term, Maricel was already the top academic female in her grade, with the third best marks overall. A title she wasn’t overwhelmingly happy to receive because she said it labelled her as the “clever girl”, making her seem unapproachable. “It should be something that’s celebrated, but immediately I was the ‘nerdy’ girl,” she says. “People looked at me as the academic girl, rather than someone they would want to be friends with or even date.” The following year she was awarded various leadership roles, which Marciel continued to occupy in different forms throughout the rest of high school and in her residence at Stellenbosch University.

It was these final leadership roles that led her to meet Mishka Patel, who was giving a Miss South Africa pageant presentation to the Stellenbosch students. And it was Mishka who recognised both Marciel’s natural beauty and confidence, leading her to recommend she enter the pageant. “It was something I had always wanted, but never in a million years believed was possible for me,” she tells me between sips of a peanut-butter smoothie.

“But Mishka’s belief in me gave me a confidence boost and I decided I was going to dedicate the next few months to preparing for the first round… So I called a very formal family meeting and announced that I was going to do Miss SA and my dad just rolled his eyes, thinking it was another ‘phase’.”

BEHIND THE PAGEANT SMILE

After the Easter break, Marciel met up with Mishka’s personal trainer and the two of them devised an exercise plan for the next four months, leading up to the first round of regional judging. She trained with him twice a week, but the rest was purely on her own. “Most days, I’d do four spinning classes – two back to back in the morning and then the same again that evening,” Marciel says. “I’m so not a morning person, but I had to adapt. It was also during winter and, because I was losing weight so quickly, I have never felt the cold so badly.” The pageant prospect meant a drastic diet change for Marciel as well: she cut out sugar, red meat, dairy, alcohol and wheat. “It became an obsession and a bit of an addiction because I’d weigh myself every Friday and see that I was losing weight so I would work harder.”

But the obsession began to affect those around her. Marciel took a step back from social gatherings with friends to avoid breaking her diet and even caused her loved ones stress during a family trip to Europe. “I went from being the easy-going person to the one that was causing an issue and being difficult.”