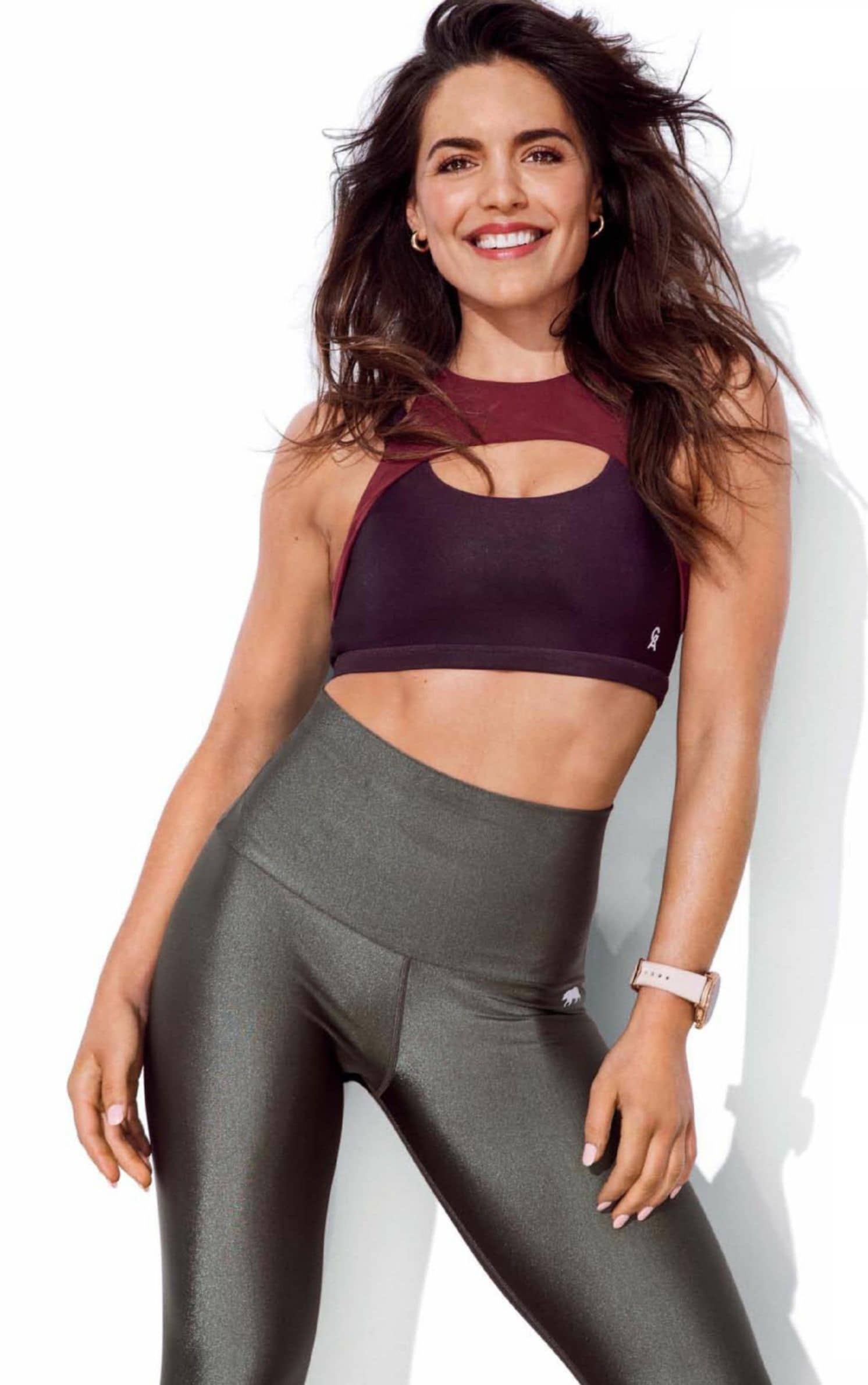 She lit up Dancing with the Stars last year, but these days actor Olympia Valance saves her moves solely for house parties. Now, she has a new fitness love: the weights room. And she wants you to get your strong on

When it comes to bedtime rituals, Olympia Valance has a more magical one than most. The 27-year-old actor watches Harry Potter movies every night while she falls asleep with AFL athlete boyfriend Thomas Bellchambers. This Potterhead also has tattoos of Harry’s glasses and lightning bolt, an owl and the Deathly Hallows symbol. The thing is, once Olympia commits to something, she’s all in. She works hard – the latest roles for the former Neighbours star include a cameo on the soap to celebrate its 35th birthday this month, the role of fiercely loyal Tahlia on football drama Playing for Keeps, and a part on upcoming series Informer 3838 about ganglandbarrister-turned-police-informer Lawyer X. She trains hard, whether it’s in the gym or for the gruelling regimen required for her 2019 stint on Dancing with the Stars. But most of all she self-care, plays and loves hard – something she’s learnt from her mum Tania. “The one thing I’ve taken away from her is no matter how hard I work, I play even harder. I dance my heart out and I sing, I go on holidays, I spend time with friends. You don’t know when life is going to get taken away from you.” Something else she commits to is our phone call, chatting for twice the scheduled time (not always the case, trust us!). Whether it’s her new-found love of lifting, advocacy for therapy or even how to nix wee anxiety, there’s a lot of ground to cover. Over to Olympia.

Let’s start with fitness. What does your typical training week look like?

I go to an RBT [Result-Based Training] gym and work with a coach, Ryan Wilson – he’s incredibly knowledgeable about the science of the body and different body types. Generally we aim for three to five sessions a week. These are strength-focused, so we do two leg sessions and two upper-body sessions with rep ranges between six and 12, and three to four sets per exercise. But the main goal is to monitor lifts. At the moment, we’re doing a lot of hip thrusts, snatch gripped deadlifts and seated rows. We see my progression and then I add more weights where I can. We do that for about six weeks and then we switch it up. I don’t do much cardio because I just don’t like it, but I try to get in at least 15,000 steps a day. I do little runs here and there and like to go for long walks with friends.

Has that focus on strength been a shift?

A huge one. Ryan changed the way I thought I should be exercising as a woman. We have this misconception that lifting heavy weights will make us bulkier, but unless you’re eating [large] portions of food and training to be a bodybuilder in competition, it isn’t going to happen. I was definitely a bit worried [at first] because I have a curvy body as it is and I didn’t want to feel bigger. But [in reality] engaging our muscles and challenging them allows us to burn more fat and sculpt the body. Strength training has made me the leanest I’ve ever been, and then you [combine] that with getting your steps in and the results start manifesting very quickly.