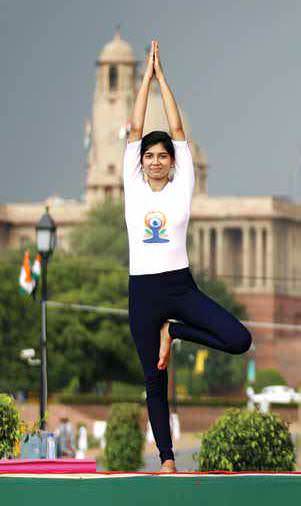 Behind the snazzy marketing, there is little clarity on what AYUSH should be doing.

On 27 September 2014, when Prime Minister Narendra Modi addressed the United Nations General Assembly, he launched into an unexpected digression about yoga. Yoga, he said, “is not about exercise but to discover the sense of oneness with yourself, the world and the nature.” He went on: “By changing our lifestyle and creating consciousness, it can help us deal with climate change.”

The statement made its way to the front pages of most national dailies, with some commentators mocking Modi’s attempt to link yoga and climate change. Nevertheless, in December last year, the UN General Assembly accepted Modi’s call for the adoption of 21 June as International Yoga Day. The event in Delhi to celebrate the occasion, which Modi himself led, set a Guinness World Record for the yoga class with the largest number of participants (35,985) and greatest number of nationalities (84).

It was a moment in the spotlight for the Ministry of Ayurveda, Yoga, Unani, Siddha and Homeopathy, or AYUSH, upgraded from department status in November 2014, and the focus of many of the new government’s publicity efforts. Founded in 1995 under the Narasimha Rao government, the Department of Indian Medicine and Homeopathy had its name changed to AYUSH in 2003, but nothing in its history before or since was as high profile as International Yoga Day. The event’s scale was in keeping with the increase in funds to AYUSH: the money earmarked for these systems in the two budgets of the present government has increased by about 30 percent from the previous United Progressive Alliance government’s allocation.

This has been accompanied by several bold claims. Last month, for example, the Economic Times journalist Vasudha Venugopal reported on Twitter that the minister in charge, Sripad Yesso Naik, had claimed that there were no diseases that yoga and naturopathy could not cure. Policy decisions based on such assumptions could impact the lives of millions of people, making it imperative to examine the place of AYUSH within the wider healthcare system.

Unfortunately, there are signs that the government overestimates the ability of AYUSH systems to perform the functions of conventional healthcare. Among its most worrisome moves has been the attempt last year to introduce the Medical Termination of Pregnancy Amendment Bill, to train and allow AYUSH practitioners to conduct abortions—a potentially disastrous move, not least because abortion procedures sometimes require surgical intervention.

The proposal was dropped after it was widely criticised. But harebrained measures such as these suggest that, for all its high-volume campaigns, the government has given insufficient thought to what AYUSH should really do. It has made particularly scant progress towards achieving one of the stated aims of the ministry, to “integrate their services, at the appropriate levels, within specified areas of responsibility and functioning in the overall healthcare delivery systems, especially in regard to the preventive, promotive and public health objectives.” Rather than rushing to train AYUSH practitioners in mainstream treatments, the government could gain insights by looking at how the complex question of integrating different systems has been dealt with by other countries.