Fight Your Way Back To Fit By Training Like Djokovic 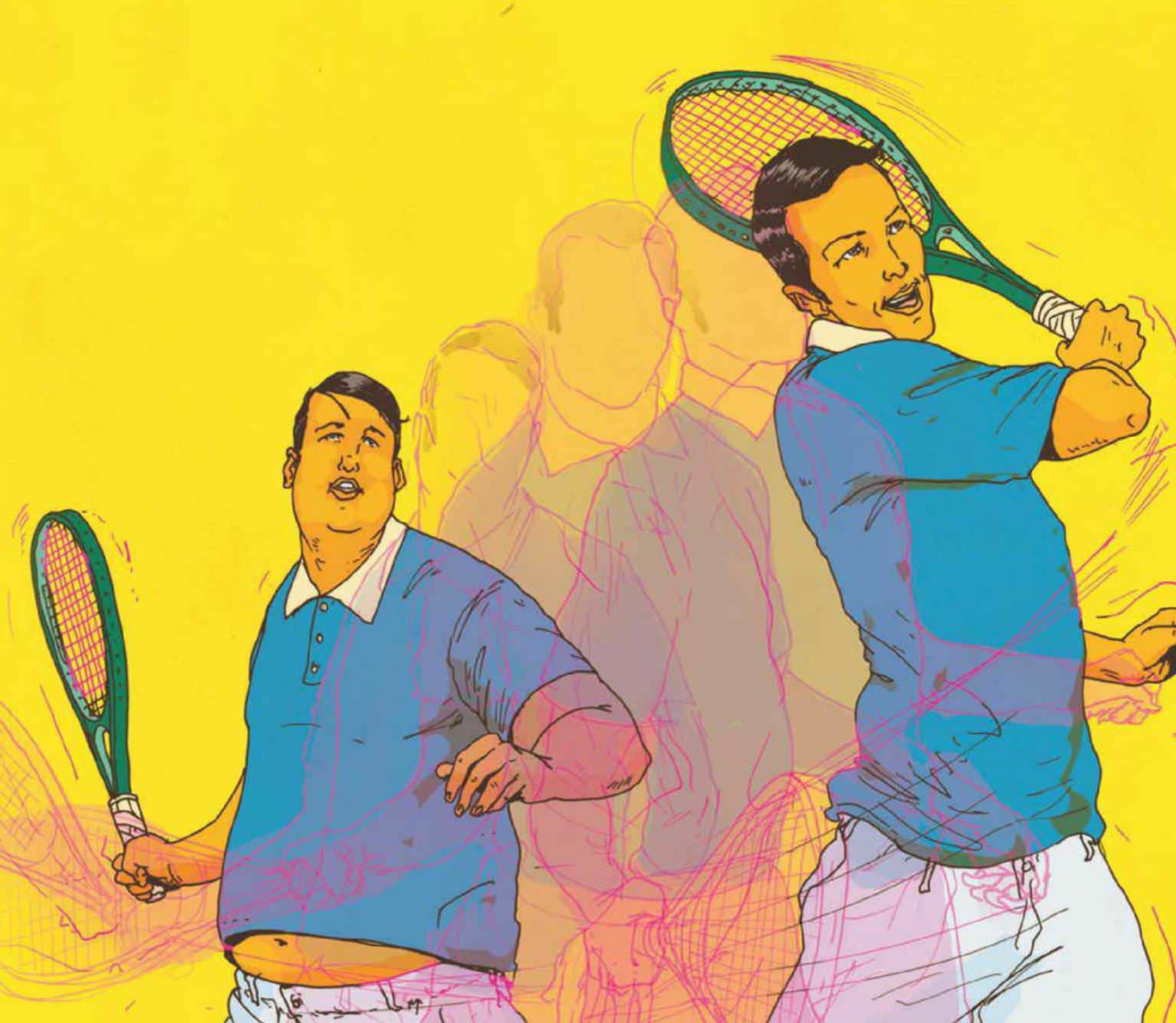 A harsh reality check at the doctor's office led one writer to a revelation. The only way to get healthy was to become the No. 1 tennis player in the world.

Anyway, she took my blood pressure again, and she looked at the numbers, and she didn’t say anything at all, but her face said, “Oh, this can’t be right.” And her feet said, “I need to go get the doctor this instant” because she bolted out of the room at the speed of a television ER nurse. Within a minute or so, the doctor was in there, and this time he wanted to take my blood pressure. He maintained a poker face, and said with the equanimity of a commercial pilot: “Well, we really need to get your blood pressure down.” He prescribed me some medicine that I was to pick up on the way home (“On the way home!” he repeated), and he told me to get a blood pressure machine, and didn’t say anything else during the examination.Before I left, though, he reiterated that I needed to get some blood pressure medicine immediately.

“I don’t want to alarm you,” he said in a calm, easy voice. “But your blood pressure is in the stroke range. A couple of points higher, and I would have had you admitted into a hospital.”

As powerful as those five words “Oh, this can’t be right” might be, the two-word combination of “stroke range” carries a significantly heavier punch. I got the medicine, got the blood pressure machine and got my blood pressure under control fairly quickly. And you can probably guess what I did next.

A few months ago, I put on a T-shirt that used to fit me. It didn’t fit anymore. It wasn’t one of my favorite T-shirts. It wasn’t even a particularly nice T-shirt. But when I put that T-shirt on, and it didn’t fit, something just snapped in my brain. Something in there screamed, “Enough!” Human motivation is as mysterious as love or the weather in Omaha.

And I decided to change my life. I decided, at age 47, to renew my efforts to become the No. 1 tennis player in the world.