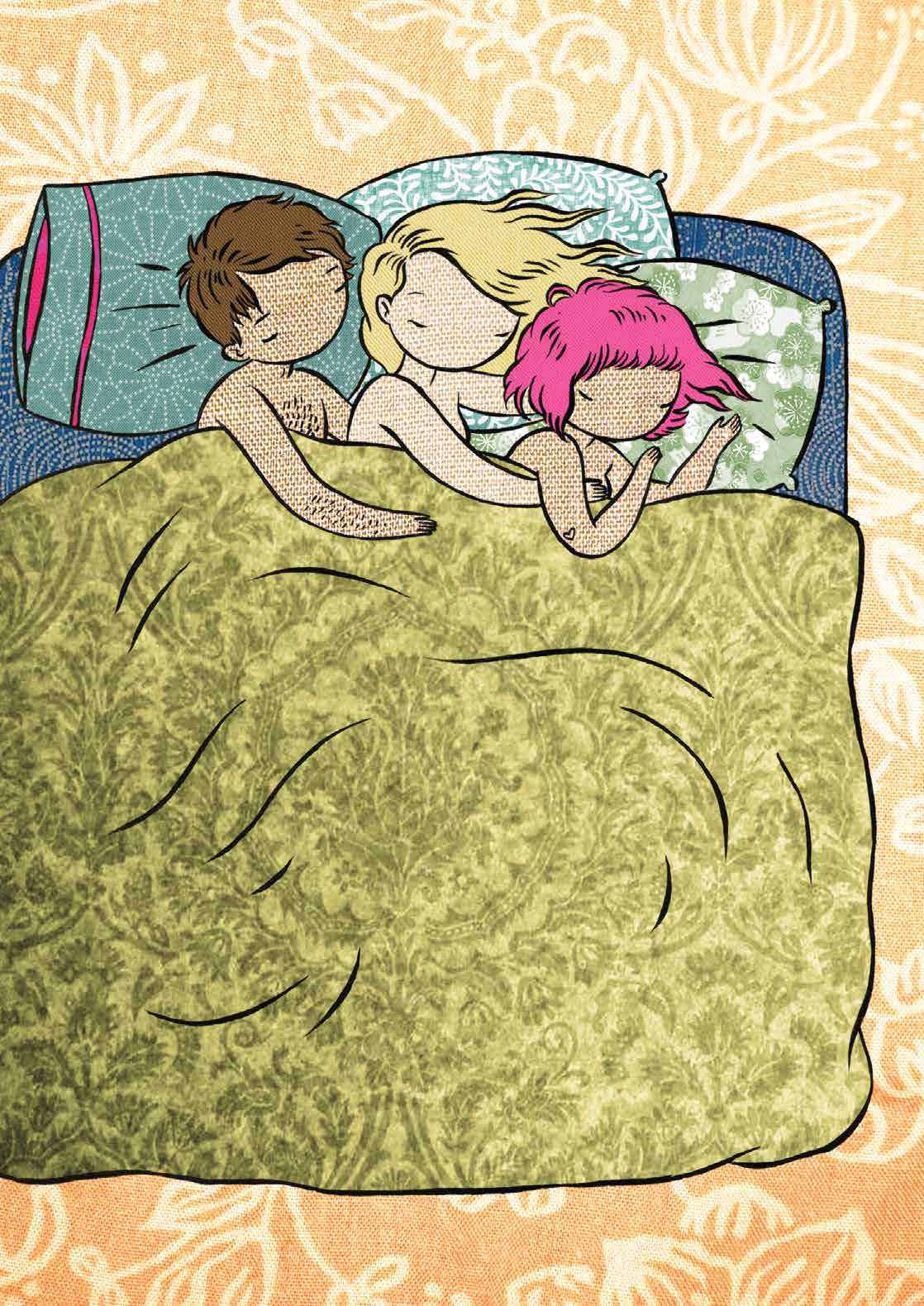 As more relationships open, I wanted to learn if this can be a spiritual practice for Growing Love.

Last New Year’s Eve, I decided to commit to accomplishing what I wanted most: to have a red-hot love affair—with Love itself. Love Actualized was the name of the game, love of self, love in relationship, love of community, and love of work. Rather than keep trying to better myself in one way or another to attract the mate I wanted, so I could experience the love I wanted, I decided to take the bull by the horns and live a life in love.

I had exhausted the Cinderella story (someday my Prince will come), had buried the Sleeping Beauty narrative (another version of the story that there is someone outside myself who can rescue me), and intentionally hunted down and killed every single paradigm that informed me that the only way I could experience true happiness, deep fulfillment, and physical pleasure was through a relationship. What I realized is that I had been living in a state of impoverished imagination, thinking that being in relationship was the only place where I could give and receive the love I wanted.

When I refocused my attention on experiencing love wherever I was and with whomever I was with, I was able to receive love from places I hadn’t before: in a deeper way from my family and friends and through my everyday interactions with strangers. And it even made me deal with the angst of my fellow drivers in a different way. But while I was living my life from a more empowered platform, there was no escaping the wisdom Rilke immortalized: “For one human being to love another: that is perhaps the most difficult of all our tasks. . . the work for which all other work is but preparation.”

So when a friend of mine said she was receiving more love than she ever had in her life through a polyamorous relationship, and that she had finally found a container to explore love in ways that was expanding her comprehension and capacity of love—what can I say, my interest was piqued. Polyamory has plenty of positive and negative associations, and like many philosophies, means very different things to different people. For simplicity, we’ll define it as the practice of having romantic relationships with more than one person, where everyone involved knows about the other lovers. Truth be told, I have been a merciless judge of this kind of relationship. It was hard not to wonder if polyamory is just an escape from the trials and tribulations of a “real” relationship, one that ends up being an escape from the state of the world itself—given the amount of time I witnessed my polyamorous friends spend scheduling and coordinating dates with their partners and their metamours (their partner’s lovers or partners). Not to mention the level of processing and negotiating involved in between. Polyamory seemed an all-consuming distraction in a world that has real problems to solve.

Then a friend confided that she and her husband had opened their relationship so she could take a lover. She went on to explain that she and her husband were committed to staying together and parenting their child, and yet had concluded that their sexual desires were unfulfilled. This woman broke every stereotype that I might have had about polyamory: she was a successful and well-respected leader in her field, completely committed to her work and her family—and her own full expression of her sexuality. They developed guidelines, and were both allowed to take on lovers. In addition to enlivening her sexuality, she felt more empowered in her work life, and she and her husband were having the best sex of their lives. I started to wonder if this might be an awakened path.

DOES IT TAKE A VILLAGE?

Of course this isn’t anything new. The open marriage movement has been around for plenty of time: the free love movement of the ’sixties still resonates through the music of that time. I live in the Bay Area, so first I convened a few of my elders to find out why the free love movement of the ’sixties didn’t take root—and the overwhelming response was that they simply didn’t have the skills or the tools to manage such a massive paradigm shift in relationships. Many returned to monogamy. I also wondered how many people today practice polyamory, and it turns out that no one knows. In an article published in Psychology Today last year, Elizabeth Scheff estimated that 1.2 to 2.4 million Americans live in polygamous relationship, and perhaps 9.8 million live as couples with agreements to allow satellite lovers. Scheffnotes that the Internet has made it much easier for polyamorous people to find each other, but it’s also a group that’s still for various reasons in the closet. But it’s a movement that is slowing coming out, simply because sex and relationships are continuing to go through a massive transformation.

“We have taken sex out of biology,” explains psychotherapist Esther Perel, who has been writing and speaking about our current society’s relationship to eroticism, intimacy, and desire in the modern-day relationship. “This is the first time in human history where we have created a model of relationships where we have a sexuality that is rooted in desire. We are not having sex so we can have six children . . . and we are not having sex because it is a woman’s marital duty. . . . Due to the women’s movement, the gay revolution, sex has been socialized so it’s no longer a part of our condition, but a part of our identity.”

Perel also says that the shift in our modern culture away from communal living has had a devastating effect on our intimate relationships. “This is a grand experiment of the human kind. We want companionship, economic support, social status, family life. And then a best friend, a confidant, a passionate lover, and for a few decades to go.” We are asking one person to do what a village used to provide.

MORE STORIES FROM SPIRITUALITY & HEALTHView All