Dr Ramen Goel, Director, Center of Bariatric and Metabolic Surgery, Wockhardt Hospitals, talks about the dangers of the rise of diabetes among working women.

Diabetes as a disease is as unsparing to women as it is to men... leaving them at an equal risk of developing the disease and the related complications. It is believed that over 35 million women in India suffer from diabetes, even though studies have shown that 65% of diabetics in India remain undiagnosed.

As busy lifestyles take precedence, women are constantly exposed to high calorie consumption, stress, caffeine intake and substance abuse like alcohol and cigarettes. These factors together or individually predispose an individual to weight gain and consequently, diabetes. 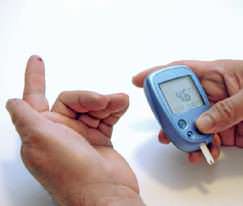 Obesity is one of the leading causes that predisposes women to diabetes through various mechanisms. These include wild blood sugar fluctuations after consuming high sugar foods, insulin resistance due to lack of exercise and hormonal changes. These factors are also responsible for a commonly seen problem in young girls, usually known as PCOS (Poly Cystic Ovarian Syndrome), which manifests in irregular menses and infertility. That most of the PCOS girls are either diabetic or pre-diabetic is not so well-known a fact. Women diagnosed with PCOS should take precautions accordingly, even if their blood sugar levels are normal.