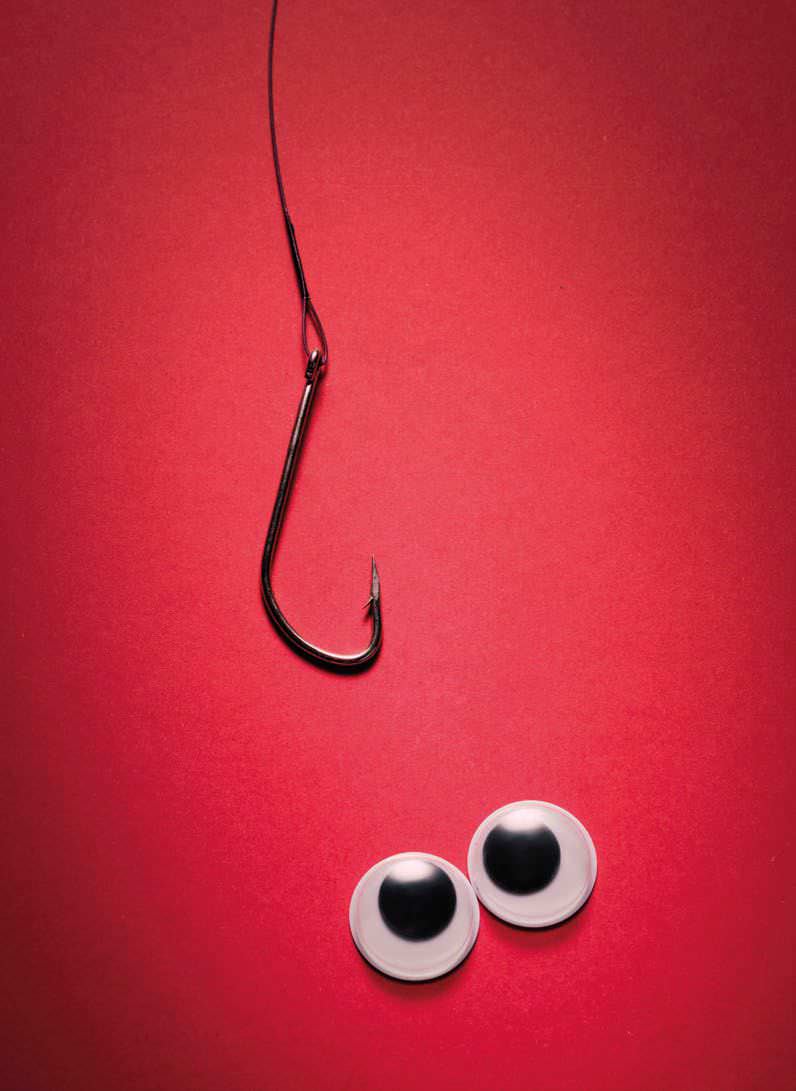 Finding love online might sound like an irresistibly romantic prospect, but what happens when the person behind the screen is not who you think they are?

Have you ever wondered how many of those pesky junk emails sneak their way into your inbox every year? Well, you probably won’t be surprised to learn that an average of 49 per cent of all electronic mail is considered spam with approximately 14.5 million messages sent every single day. Among the endless stream of flash sales, special offers and discount codes you may even find evidence of something called "phishing"—a type of online communication that tries to extract your personal data without your knowledge.

HE HAD INTERESTS THAT WERE UNCANNILY SIMILAR TO HER OWN, AND UPON HEARING THAT SHE'D DONE SERVICE WORK IN AFRICA, HE 'COINCIDENTALLY' REVEALED HIS BURNING DESIRE TO OPEN AN ORPHANAGE THERE

These emails can be easy to spot as long as you know what you’re looking for. The email may initially appear legitimate because of an official logo or well-known brand name, but upon closer inspection they're often sent from a personal Hotmail account instead of a company one. As well as looking out for fake email scams you should be on alert for another online threat that takes place in a far more personal space—the world of internet dating.

In 2017, BBC news reported that the number of people defrauded in the UK by online dating scams had reached a record high, with over 3,000 victims handing over £39m to potential love interests. In the same way that people will "phish" for personal data via email, some criminals will directly target people on dating sites using another approach called "catfishing".

The term was coined in a 2010 documentary which revealed the story of a woman named Angela who created multiple fake Facebook profiles in order to engage in a relationship online with the TV presenter Nev Schulman. Upon figuring out the truth—that Angela had posed as several different people and used photographs of a professional model in order to attract his attention—Schulman was fortunately left with no more than a bruised ego. However, many other catfishing incidents have far more serious repercussions.