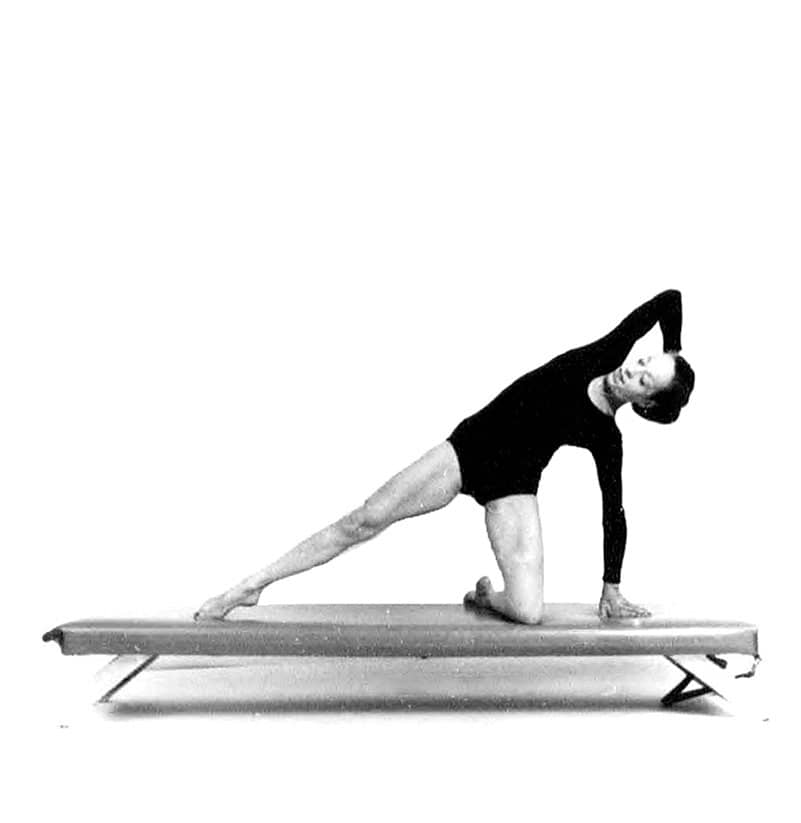 In his authoritative biography of the first woman to open a studio, Reiner Grootenhuis delved into her personal papers to tell the harrowing story of her time in a prison camp during World War II.

BORN INTO A WELL-TO-DO GERMAN-JEWISH FAMILY IN 1913, CAROLA TRIER WAS DETERMINED TO BE A DANCER DESPITE THE OBJECTIONS OF HER FAMILY. With limited opportunities to be a classical ballerina, she developed a revue-style show that included tap dancing, contortionism and a roller-skating routine. When Hitler came to power in 1933, Jewish performers could no longer work in Germany, so she took her act to neighboring countries, primarily France. There she met Marcel Neydorff, who became her manager and later, her fiancé. This chapter opens as Germany declares war on France on May 10, 1940, and Trier, then living in Paris, learned she was going to be arrested because she was a German citizen.

I dreamed that I had to go into a camp. The following day, I washed my sweatsuit, the warmest outfit I had. One day later, Trudel [Mattersdorff, a friend] came to tell me that German-born Jews had to go to the Vélodrome d'Hiver (a sports arena in Paris similar to Madison Square Garden). This was the first step to the “camp.” Marcel saw to it that I had a heavy pair of shoes and was well dressed for whatever I might have to [endure]. As so far, I remained in Paris, I took no bread and sausage along (the usual provision for a soldier).

I was informed that the “Centre d’Accueil” [welcome center] would be crowded and it was wise to be there early and run for your canvas bag and stuff it with as much straw as you can get hold of.

Upon arrival at the Vélodrome d'Hiver, there was a short, superficial physical check-up. It extended to “open and close your mouth.” All sharp utensils were taken from us. The usual army procedure. Then I ran, as I was told to do, for a bag and straw. Soon I found a space for my “bedding” and little valise with my belongings.

People surrounding me neither laughed nor talked much. The smell of our straw-filled bags reminded me of a circus and I tried to be good humored and positive. My neighbors liked my attitude. When at night I opened my eyes, my very nice neighbor was no more next to me. A little later another one had come and gone. Why? Was something wrong with me? Who cares? Soon daylight came in and I saw that next to me was a big water puddle. It had rained through a hole in the glass roof and just missed me.

That was the first night.

During the day everyone got something to do. I was to sweep the floors—brushing the dust towards my feet. I caused people to laugh, but did not know why they had fun at my expense. I learned fast how to do a job I never had done before. We got enough to eat. The most unpleasant memory I have are the loudspeakers day and night yelling instructions—a hollow sound that pierced my ears and went through and through me.

I still can make myself hear it.

Soon came the day when we were told to get our things together as we’d leave for another destination— unknown. As the Germans were on their way into Paris and we were kept as a “fifth column,” only we were in danger anyway.

As I belong to the few lucky people, I found a seat in the bus close to a hole in the camouflage paint. So I saw the Place de la Concorde—a last view—on the way to some far-out freight platform of a railroad station [with] no signs to indicate where we had arrived or in what direction we would be traveling. This journey into “No Man's Land” on an overcrowded train was most uncomfortable physically and mentally.

On some stations food was handed to outstretched hands. At other stations people were waving their fists at us—to them we were the Germans. The enemies! They did not know what some of us had been through or who we were.

I caused people to laugh, but did not know why they had fun at my expense. I learned fast how to do a job I never had done before. We got enough to eat. The most unpleasant memory I have are the loudspeakers day and night yelling instructions—a hollow sound that pierced my ears and went through and through me. I still can make myself hear it.