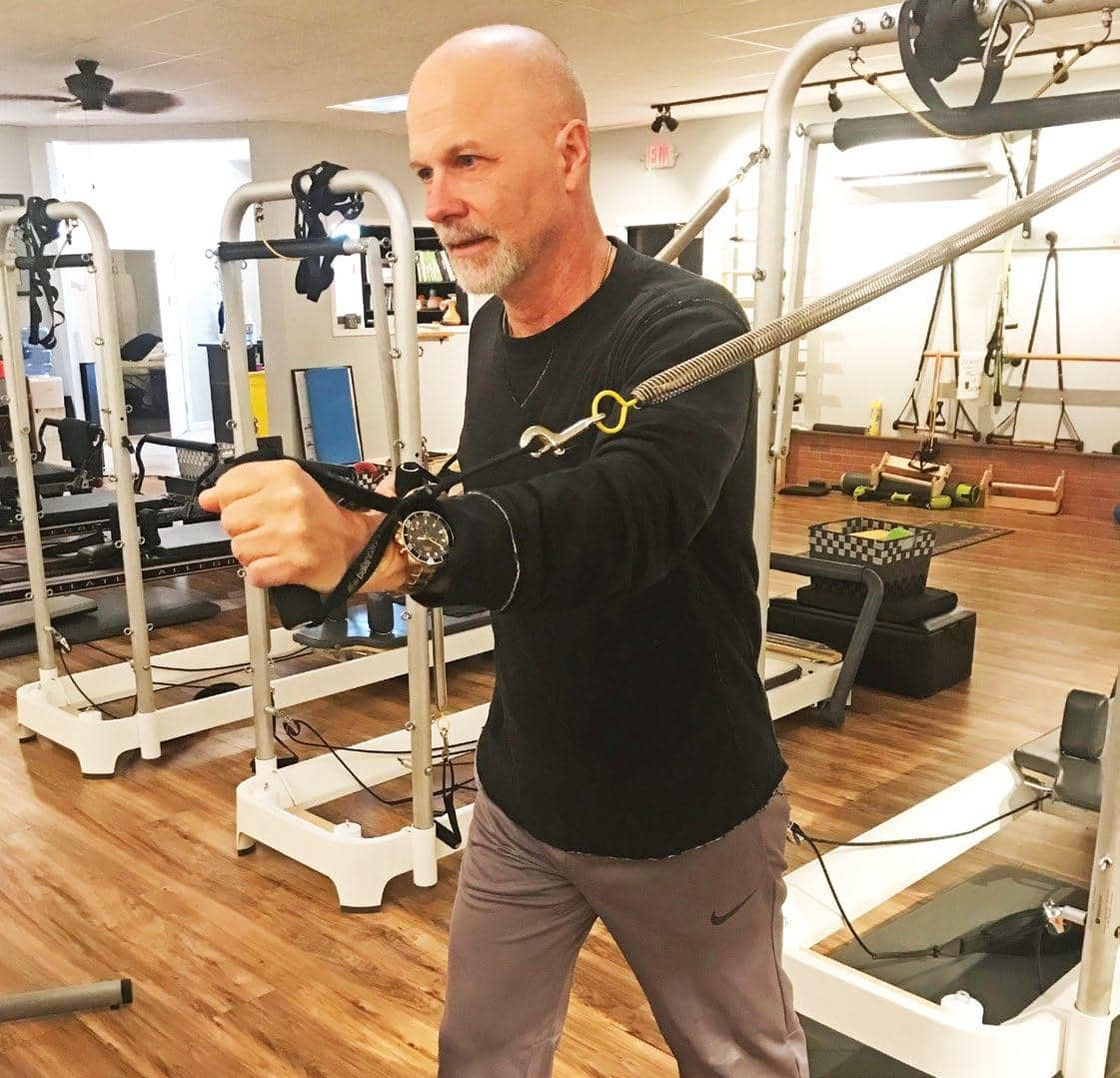 Twelve years ago, Troy DellOrfano, 58, had a devastating mountain-bike accident that left him considering euthanizing himself. He found new life, thanks to a dedicated Pilates teacher named Denise Hart.

IN 2007 I WAS OUT TAKING A LONG BIKE RIDE WITH A FRIEND. When I wasn’t traveling for my tech job, I usually rode three or four times a week with a rotating group of very experienced friends. Each time, we’d ride anywhere from twelve to twenty miles of challenging terrain. I loved it.

On this particular day, we were biking along a ridge in a state park in central Pennsylvania, not far from my home in York, when my pedal clip wouldn’t release. I lost my balance and fell about 14 feet down a ravine onto the rocky ground. While I was falling my clip finally released and I was able to land on my feet instead of my head and neck—but my right leg just crumbled under me. Being a lifelong athlete, I was very familiar with pain; but this was pain like I couldn't have imagined possible.

My leg was sticking straight out to the side from just above my ankle. I straightened it out thinking I might lose my leg if circulation was cut off for too long. The EMTs had tied my leg to a board for support, so no one in the ER realized how bad it was until they took the board off. My leg just flopped over. People started freaking out.

I was rushed into emergency surgery to “plate” my tibia; the doctors were also worried that I would bleed to death internally. The fact that I still have that leg and did not bleed to death, is an absolute miracle. I ended up being black and blue from my ankle to my shoulders

A week after the surgery, I was sent home to recuperate with a lot of opiates and a variety of other drugs. My wife had to take care of me and our son and daughter, ages 10 and 15, while I was totally incapacitated. My career as an engineering manager and business consultant was stopped in its tracks. 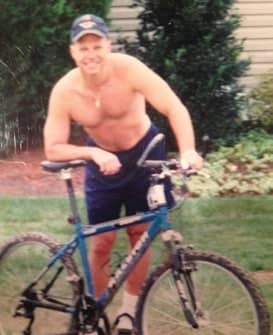 It turned out that I had so much nerve damage from the accident that the doctors didn’t realize that my lower lumbar spine had been crushed—I had an incomplete paralysis injury to my spinal cord. A month after the accident I lost bladder and bowel function and had to have another emergency spinal surgery to restore them.

Over the next five years, I had five major spinal surgeries to remove the damaged tissue and to implant bone grafts and supporting hardware, all in an attempt to stabilize my spine and lessen my nearconstant pain.

With each surgery, I’d regain a bit more function but also get weaker. At my worst, I couldn’t even stand long enough to take a shower. I’d have to rest after shaving because it was so exhausting. I had such awful pain and muscle spasms, from my lower back down through my hips, groin, legs, ankles and feet—it was the kind of pain where you don’t want to live anymore. Then, during the last major surgery I had, I almost bled to death after a suture in my gut came undone. 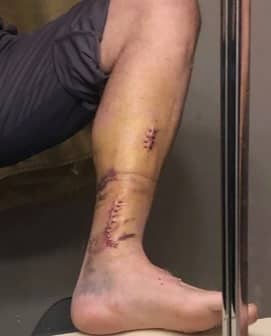