Can One Diet Save Earth? 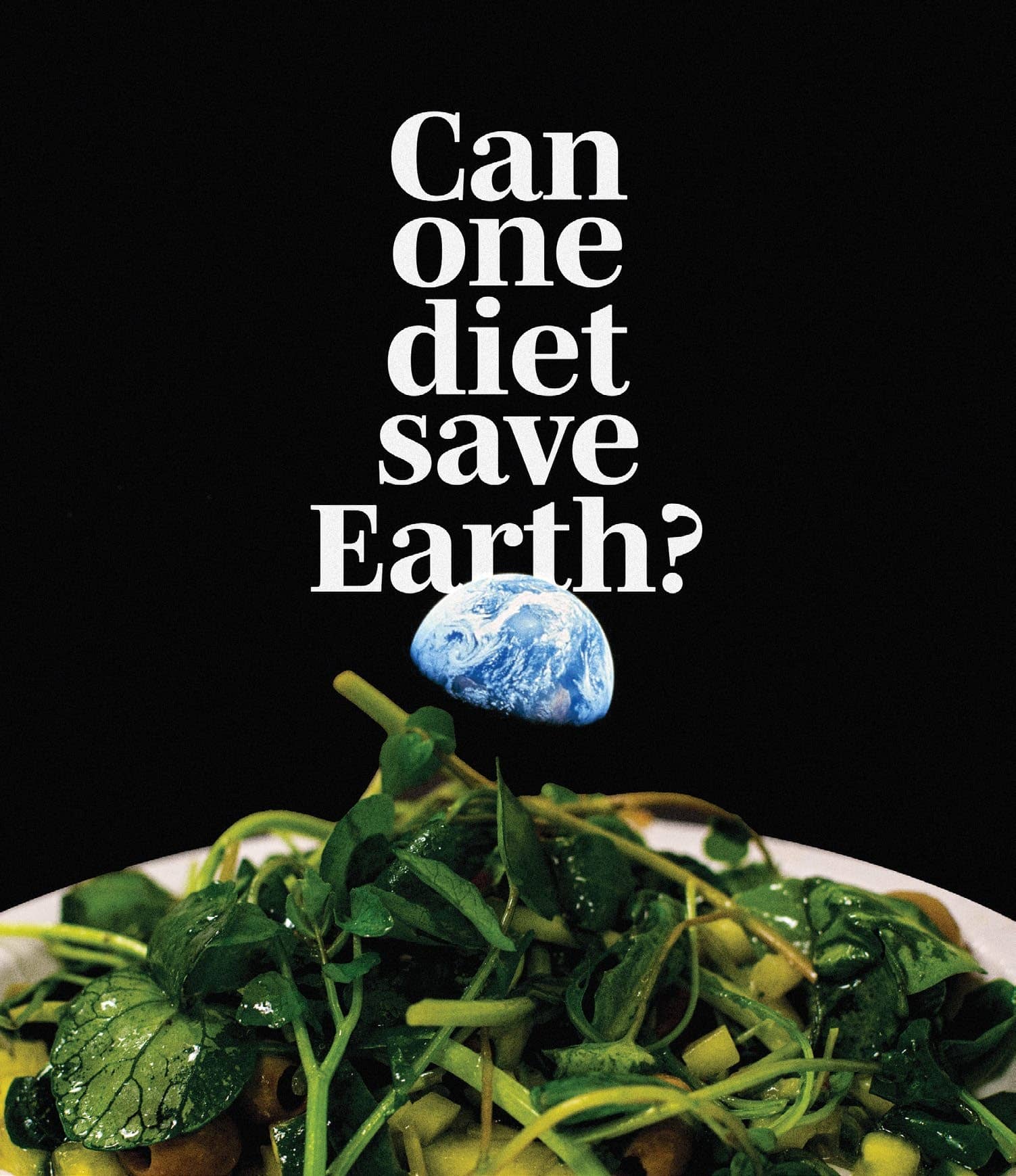 The message that we need to change what and how we eat is clear. Alice Ball looks at whether the plant-based diet proposed by the EAT-Lancet Commission is the one eco-size to fit all

I am starting to think that avocados are the root of all our problems. Not only are they keeping millennials like me off the housing market (according to one millionaire, anyway) but transporting them to the UK is raking up a reported footprint of 846.37 g CO2 per pack. With the planet dangerously close to a global warming of 2C, our dietary habits need to change.

Balancing environmental impact with health can be tricky, but scientists for the EAT-Lancet Commission believe they’ve found a solution that supports both — and it goes beyond avocado consumption.

The EAT-Lancet report brings together more than 30 experts who have defined a healthy and environmentally sustainable diet.1 The Planetary Health Diet is largely flexitarian, comprising plant-based products with modest amounts of fish, meat and dairy. Whilst the guidelines allow for an average mass of each type of food every day, you could save up your ‘allowance’ to enjoy a bigger portion once a week.

The authors believe that widespread adoption of the diet would reduce consumption of saturated fats and increase essential micronutrient intake for most people. One exception is vitamin B12, for which it is suggested supplementation may be required to meet adequate intake. They also hope that by halving red meat consumption and limiting dairy products, greenhouse gas emissions, water consumption and land use will be significantly reduced.

Harcombe points out that deficiencies in these nutrients can lead to a variety of health outcomes. “Vitamin D deficiency can lead to fatigue, low mood and bone fragility; retinol deficiency to dry skin ... and eye disorders; and calcium to brittle nails, muscle cramps and bone fractures.” She also has concerns that the “paltry” amounts of animal products in the diet could lead to iron deficiency, and just 28 g of fish will provide insufficient omega-3 — an essential fatty acid for nerve and brain health.

However, Dr Walter Willett, a professor of epidemiology and nutrition at Harvard University and lead author of the EATLancet report, says that we primarily get vitamin D from exposure to the sun. “Fish liver, as in cod liver oil, also contains a substantial amount of vitamin D. Fatty fish... does contain some vitamin D, but we would need to eat a lot of fish to get the RDA. (It is worth noting, however, that one study in Japan, where fish consumption is high, found that subjects took in a daily average of 6.4 mcg of vitamin D a day through fish.2)

Willett maintains that the EAT-Lancet diet would provide substantial amounts of vitamin K and, contrary to Harcombe’s analysis, that it would meet the UK adequate intake standard for calcium.

“However, as we note in the report, those who consume low amounts of animal sourced foods — such as vegans — will need to take vitamin B12 supplements or fortified foods,” he says.

According to Willett, global adoption of the dietary targets would prevent approximately 11 million premature deaths per year whilst allowing the world to stay within planetary boundaries. “The current dietary and population trends will greatly exceed planetary boundaries by 2050,” he says. “This will not allow us to avoid extreme global warming and degradation of the resources needed to produce food to feed the world. The future of our children depends on making these shifts in diet, and we ourselves will be healthier in doing so.”