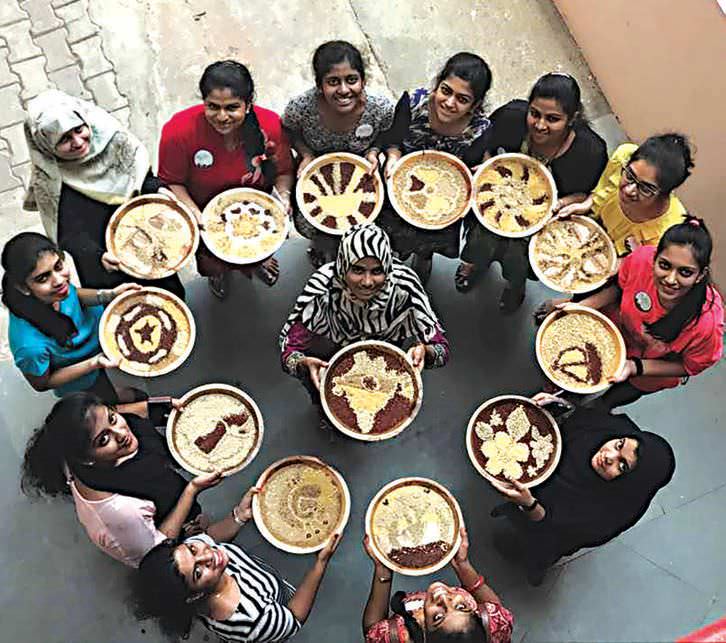 The millet initiative is a continuation of enhancing the nutritional intake among the malnourished. Making millets popular to the masses again will be a major breakthrough in overcoming malnutrition and rural poverty while being more sustainable for the environment. It can also drive new markets and business opportunities.

There is now a growing awareness of the superior nutritional profile of millet compared with wheat and rice – the staples so far distributed. According to IndiaSpend, millet, because of its higher iron, calcium and overall mineral content compared to wheat and rice, has the potential to help address India’s malnutrition problem.

Despite numerous qualities, utilization of millets as food is confined to the traditional consumers, particularly the tribal populations. This is mainly due to the nonavailability of consumer friendly, ready-to-use/ready-to eat millet based products. Recently, millets have gained attention and efforts are under way to obtain their convenient and value added processed products.

A special initiative was recently undertaken by the government of Karnataka to promote millets and other traditional grains. The International Trade Fair in Organics and Millets was organized by the Department of Agriculture, Government of Karnataka, in collaboration with the KAPPEC as co-organisers, and the International Competence Center of Organic Agriculture as knowledge partners, from January 19-21, 2018, at Palace Grounds, Bengaluru.

The International Trade Fair in Organics and Millets was particularly pertinent for Karnataka, as the state is already a leader in organic and millet production in the country. Innovative and timely schemes, and growing health-conscious population has given the sector a great boost, but the potential is immense and there are many more things to be done. The ITF was organized to recognize the potential, and the current gaps, and was aimed at filling those need-gaps.