Designing Education Of Food Technologists To Build In Safety Assurance 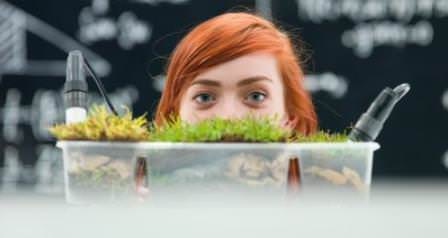 Students, staff should be educated on new behaviour-based approaches that include food safety as part of the culture of the industry.

The Indian food and grocery market is the world’s sixth largest, with retail contributing 70 percent of the sales. Food has also been one of the largest segments in India's retail sector, which was valued at US$ 490 billion in 2013 (India Food Report 2016). The Indian food retail market is expected to reach Rs 61 lakh crore (US$ 894.98 billion) by 2020.

The Indian food processing industry accounts for 32 percent of the country’s total food market, one of the largest industries in India and is ranked fifth in terms of production, consumption, export and expected growth. It contributes around 14 percent of manufacturing Gross Domestic Product (GDP), 13 percent of India’s exports and six percent of total industrial investment. Indian food service industry is expected to reach US$ 78 billion by 2018. The Indian gourmet food market is currently valued at US$ 1.3 billion and is growing at a Compound Annual Growth Rate (CAGR) of 20 percent.

India is seeking to grow its contribution to global food products from the current 1 percent. There are planned concurrent developments in the areas of state-of-the-art cold chain infrastructure and quality assurance measures. Apart from large investment pumped in by the private sector, public sector has also taken initiatives and with several centres for perishable cargoes and integrated post-harvest-handling facilities have been set up in the country.

Food-borne pathogens are responsible for 48 million illnesses, 1,20,000 hospitalisations, and 3,000 deaths annually in the United States, and the associated economic burden is estimated to be $77.7 billion annually. Many outbreaks and recall events are a result of post process contamination or poor personal hygiene, which are preventable through ensuring the workforce possess appropriate behaviours and competencies