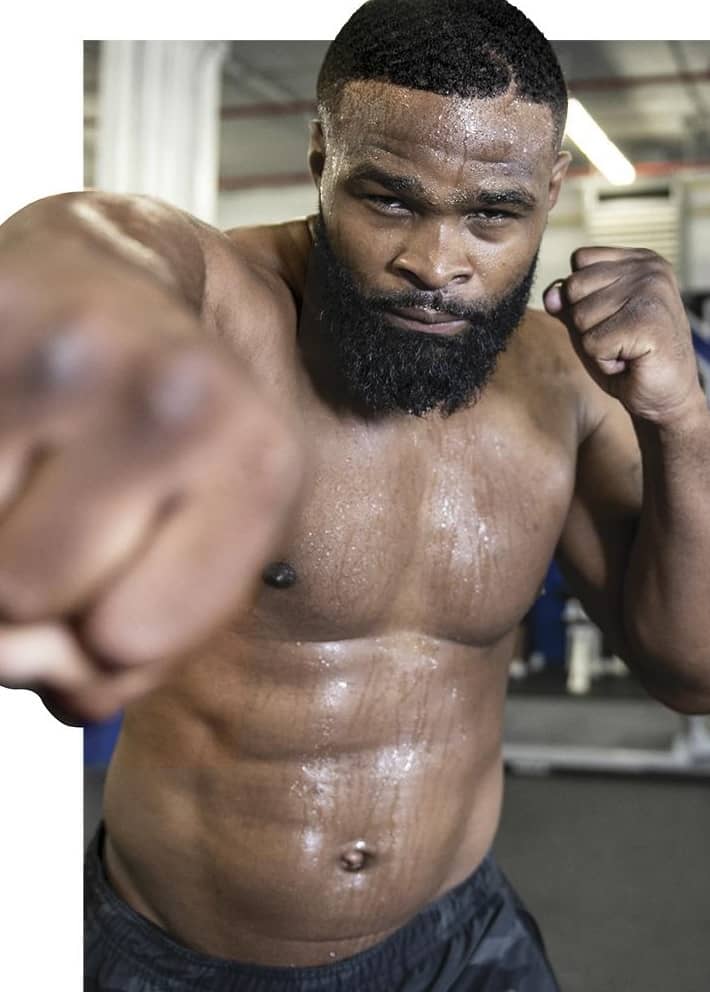 Down but not out, the UFC welterweight eyes a return to the Octagon—stronger than ever.

Tyron Woodley is a true Renaissance man. He’s not only a formidable fighter, he’s also a painter, rapper, actor—even a stand-up comic. Although a nagging hand injury has knocked him out of the Octagon (for now), his versatility has kept him busy. But while the “Chosen One” considers himself an “overall artist,” he’s first and foremost a mixed martial artist. “I’ve got unfinished business in the sport,” he says. As the former UFC welterweight champ trains to reclaim the 170-pound title, he shares his take on the secrets to his success, future plans, and his one and only regret. BRAWN AND BRAINS

I’ve always been a student of the sport who competed with a very high IQ. I allowed opponents to think that I’m just an athlete, that I was just fast and explosive. But as I started making adjustments midfight, it really threw foes for a loop.

I’m a master networker. Whether they’re athletes, actors, or strong businessmen, I surround myself with really dope people who have excelled at the top. Another thing that separates me: I’m not scared to say something. You may not always like it, but it will be real. And I think others appreciate the fact that I speak my mind.