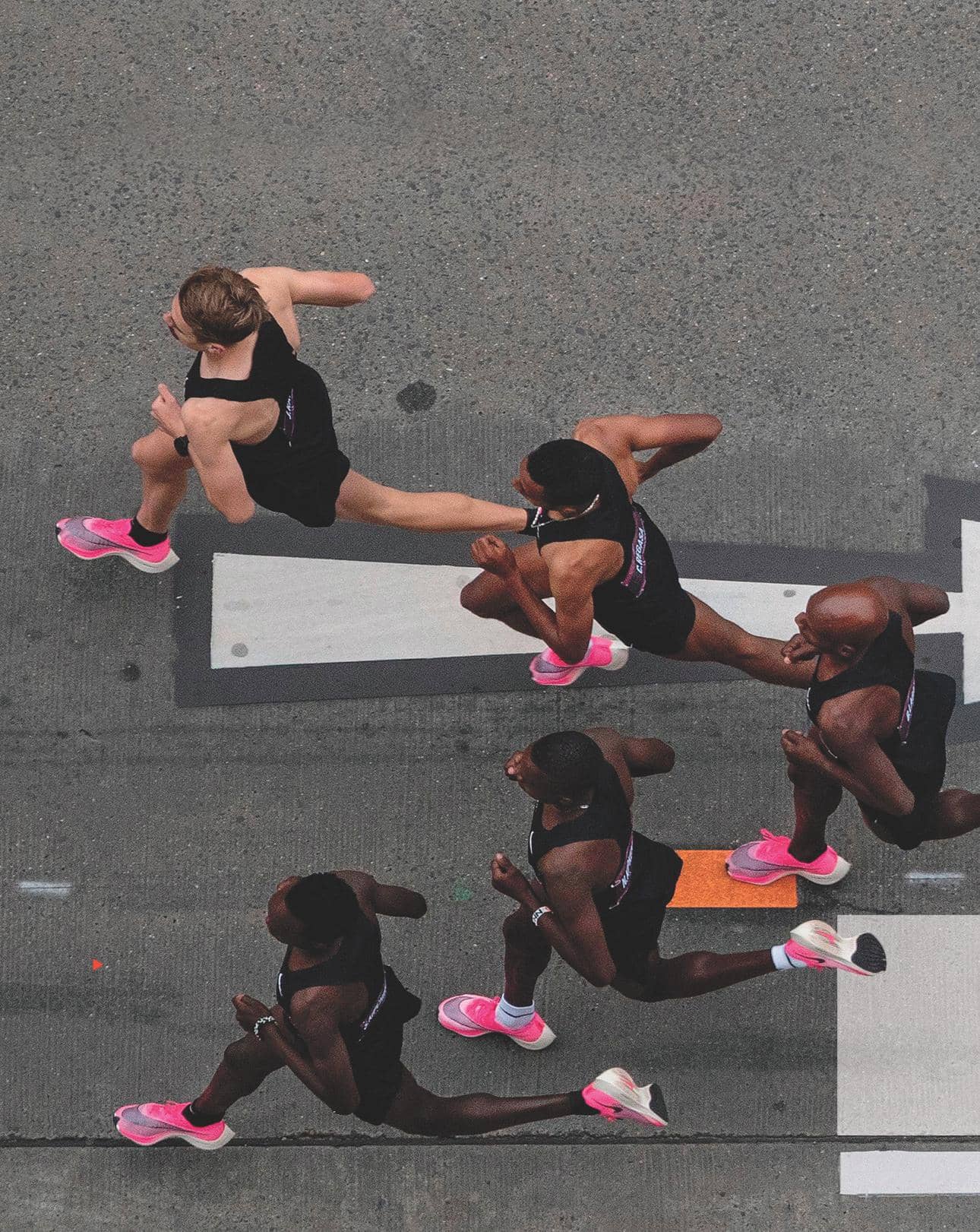 More innovations have been made in the past decade to the running shoe than ever before, resulting in a product so efficient it was almost banned from all running events. Here are the major changes that have led us to the pinnacle of performance footwear.

STEVE JOBS ONCE SAID, “You can’t connect the dots looking forward; you can only connect them looking backward.” So, in 2009 when Christopher McDougall published his New York Times best-selling book, Born to Run, in which he told the story of an ancient running tribe called the Tarahumara and suggested that running shoes were the root cause of many running-related injuries, it was impossible to foresee the ripple effect he would have on redefining modern footwear.

In the book, McDougall referenced a 2004 study by Harvard professor Daniel Lieberman, Ph.D., titled “Endurance Running and the Evolution of Homo.” In the study, Lieberman argued that human beings are evolutionarily built to run long distances and have been doing so for nearly 2 million years—long before running shoes were invented. This leads to the notion that running barefoot is in our DNA and, therefore, more natural and better for us. And, just like that, the minimalist-footwear era was born.

Trendy? Yes, but the minimalist movement was rooted in weak scientific claims. The idea that running barefoot or with minimalist footwear reduced injuries because it caused runners to land more on their forefeet was largely anecdotal. The American Podiatric Medicine Association was skeptical, too, putting out a statement saying: “Research has not yet adequately shed light on the immediate and long-term effects of this practice.” Then came the nail in the coffin for the movement: Vibram, the maker of the minimalist shoe, FiveFingers, agreed to a $3.75 million class action settlement for touting unfounded claims about the benefits—including that they strengthened feet and leg muscles—of running in their footwear.

Still, the minimalist boom, shortcomings and all, forced Big Footwear to rethink the state of the running shoe and ask: If less wasn’t the answer to improved running, then what was?