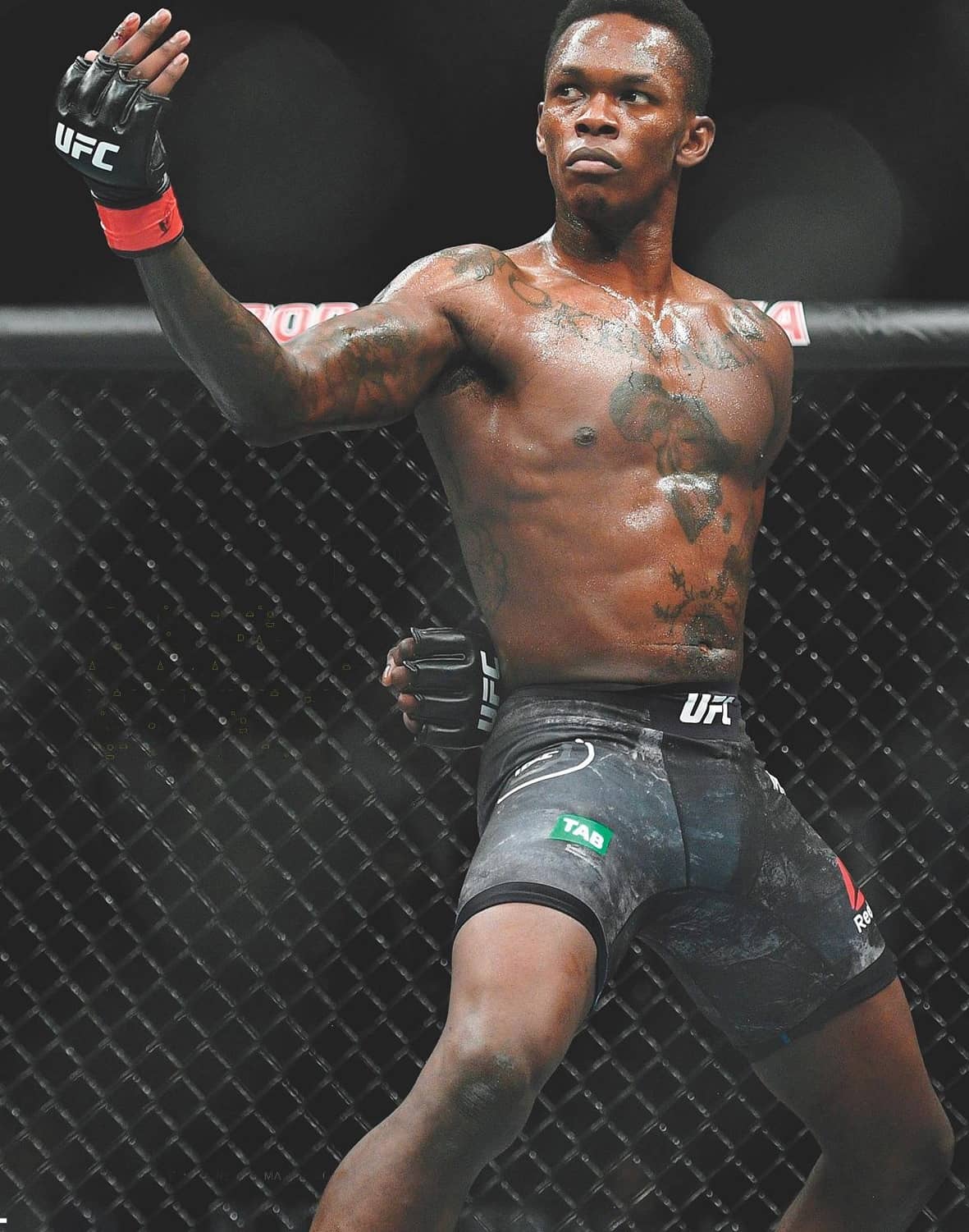 UFC middleweight champion ISRAEL ADESANYA on how he spends his money and his plans to fight MMA legend Jon Jones.
Andrew Gutman

UFC middleweight fighter Israel Adesanya is the modern blueprint for how MMA fame should be accomplished. The Nigerian native and New Zealand resident took to fighting more than a decade ago and has dabbled in boxing, kickboxing, and MMA. As a kickboxer, Adesanya amassed a 75–5 record. He went 5–1 in boxing and, as of press time, is undefeated in MMA with 18 wins.

It’s not enough to win any more in the sport of mixed martial arts. Modern fighters not only need to be able to win but also to cut entertaining promos and have a savvy social media presence.

It’s a big job, but one that Adesanya has handled with ease since he arrived at the UFC in February 2018—he’s put on a striking clinic in each fight, with an amusing post-fight interview and press conference to boot. He quickly worked his way up to UFC 243, where he knocked out Robert Whittaker, the then middleweight champ, in the second round on Oct. 6, 2019. Now Adesanya is sitting pretty as the king of the middleweights—all in just a year and a half after joining the UFC. He’s witty. He’s confident. He can fight, and Adesanya appears to be here to stay.