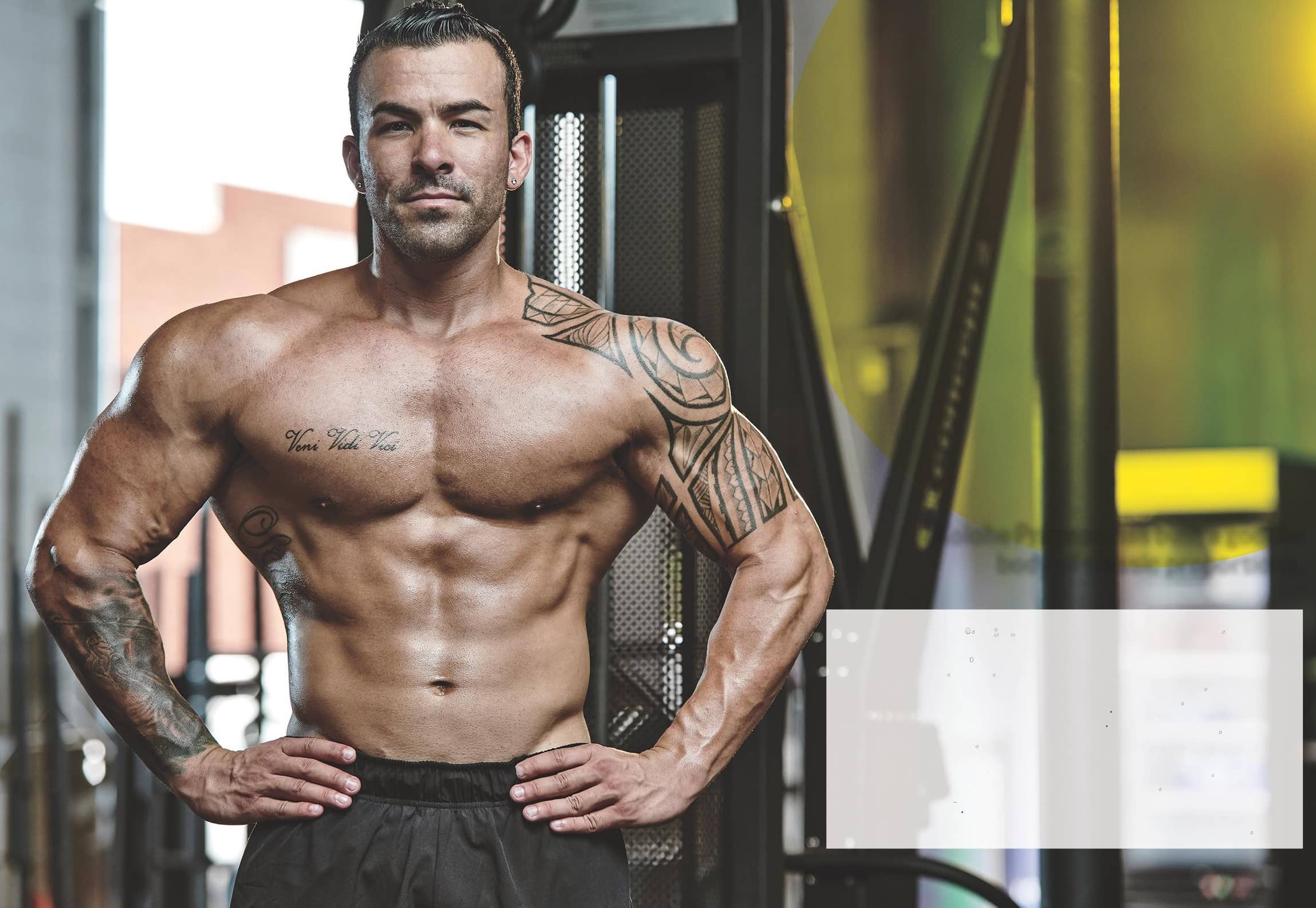 WE’RE NOT speaking figuratively when we say that Kolohe Primeau has a perfect V­taper. There’s an actual mathematical ratio to prove it. The Golden Ratio asserts that the relationship between two sums, in which the larger number is equal to 1.61 of the smaller number, is structurally ideal.

One day, Primeau—who is an entrepreneur, a personal trainer, and an IFBB Pro League men’s physique competitor— measured his shoulder­to­waist ratio. It was near perfect, according to the Golden Ratio. (He was a little too broad through the shoulders, which is not a bad problem for someone on the men’s physique stage.) While competitors continue to push the boundary on size, he wants to maintain his proportions. “I don’t want to change my taper, because I want to go where the money is,” Primeau says. “I like to work on magazines and do modeling and acting. That stuff benefits me more than a trophy.”

His inclination to “follow the money” dates back to when, after leaving a successful military career behind, he had the opportunity to market a cosmetics line.

“It looked like something that had a lot of demand, and I thought, ‘I can market that,’ ” he says. “Seven months later, it was in 59 countries, and it was doing $2.5 million a month in sales.”

The windfall from the cosmetics company, along with some smart investments, has allowed Primeau the financial freedom to pick and choose his projects.

He started the Gym Killer clothing line and began training clients, not for the money (he makes sure to keep their costs low) but to pay it forward. There’s also the consulting work he does for a variety of companies. At one fitness­based outing, his part­ners claimed that Primeau wasn’t quite walking the walk and challenged him to enter an amateur physique contest.

“I did my first show in six weeks. I didn’t place, but I didn’t quit. I did another show one week later, a bigger show. I got second in novice and fourth in open,” he says. “Ever since then, I’ve won my class in every single show I’ve done.”

During his military days as a member of the Combat Control Team, a Special Forces unit for the Air Force, Primeau’s PT resem­ bled more of a CrossFit style of training, which helped him build his work capacity and muscular endurance. The workload kept his weight near 180 pounds.