GRAGE AGAINST THE MACHINES 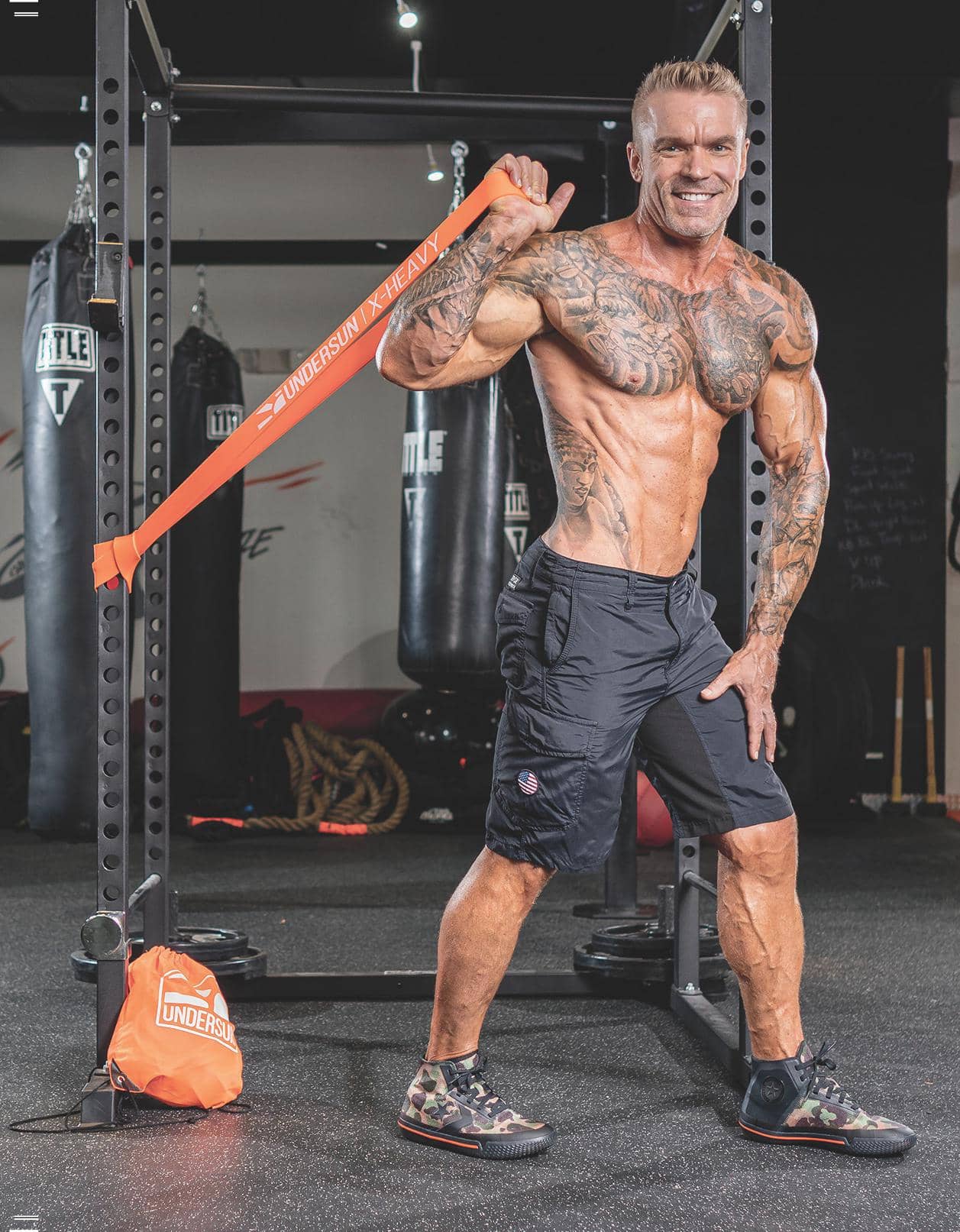 Fitness entrepreneur James Grage ditched the gym for resistance band workouts to spend more time with his family. Judging by his results, he won’t be returning anytime soon.

TIME IS OUR MOST valuable resource, and when building your business and spending time with your family are top priorities, wasting precious moments stuck in traffic en route to the gym can no longer be a real-world option.

That scenario became fitness entrepreneur James Grage’s reality several years ago: How can he get as much time as possible with his wife and kids and still be able to knock out a decent workout?

His solution: incorporating resistance bands, those lengthy stretchy contraptions most popular with powerlifting but a mystery to the everyday gymgoer. Grage began using them regularly about three years ago, and after toying around with angles and variations, he incorporated a full-body routine that keeps his dad bod as ripped as it was when he hit the gym. Best of all: He doesn’t have to miss any of his daughter’s T-ball games.

“I was taking time away from my kids,” he says. “If I only see them for a couple of hours every night, the last thing I want to do is go to the gym. Fitness was important to me, but it wasn’t a higher priority than my kids.”

Grage created UnderSun Fitness Products in part to showcase his idea of band-only workouts. Why the obsession? They’re safer on the joints and versatile enough to be taken everywhere, and because bands allow you to hit the smaller stabilizer muscles you may miss using free weights, Grage says that they can help you gain strength.

“Bands open up many possibilities for movements that you can’t mimic with free weights, because they only have that resistance on the vertical planes,” he says. “So there’s a lot more variety that you can create, especially hitting the muscle from different angles.”