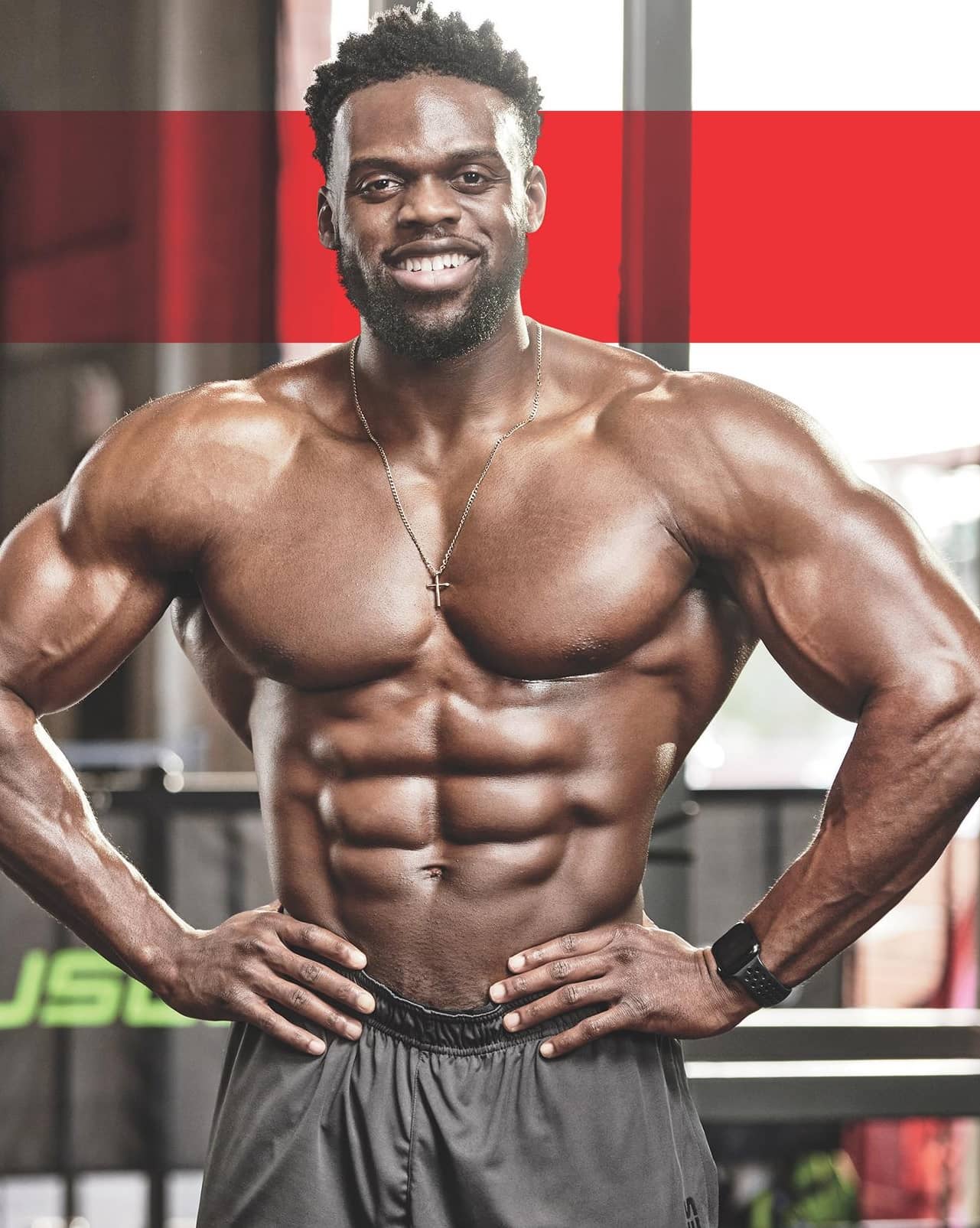 How physique competitor Osamoje Imoohi shaped his mind and impressive body through fitness.

YOU DON’T EARN a top-tier sponsorship with MusclePharm and retain a roster of personal training clients without being committed and consistent—but men’s physique competitor Osamoje Imoohi isn’t afraid to lean on his friends and family for support, either.

“I stopped by a brunch one Sunday, and someone offered me a drink,” Imoohi says. “My brother quickly interjected, ‘No! He can’t drink, he’s competing!’ ”

If anything, Imoohi’s brother swiftly came to his aid because he knew the work that it took for him to achieve all that he has.

Imoohi’s first brush with fitness was at 14 years old, when the scrawny teen found himself pinned underneath a barbell when working out with some upperclassmen. Imoohi transformed that humiliation into motivation. “I remember in that moment thinking, ‘I will never be the weakest person in a room again,’ ” he says.

Then, while obtaining his master’s degree in public health at the University of Miami, his love for training graduated to a love for competition. “Long story short, it was to get over a breakup,” he admits. “So I went to another relationship—competing.”

He enlisted the help of a prep coach, who put him on a 12-week program.

His hard work paid off when he was approached by MusclePharm to become an athlete spokesman. “My relationship with MusclePharm is almost divine,” he says. “Rewinding back to when I was 14, I was going to the local supermarket to read magazines, and I remember seeing a workout by MusclePharm with Arnold Schwarzenegger. This was before Instagram, so there were no influencers to follow and use their workouts, so this was all I had.”

Looking to the next decade, Imoohi, the son of Nigerian immigrants, wants to expand fitness to Africa through wellness centers and gyms.