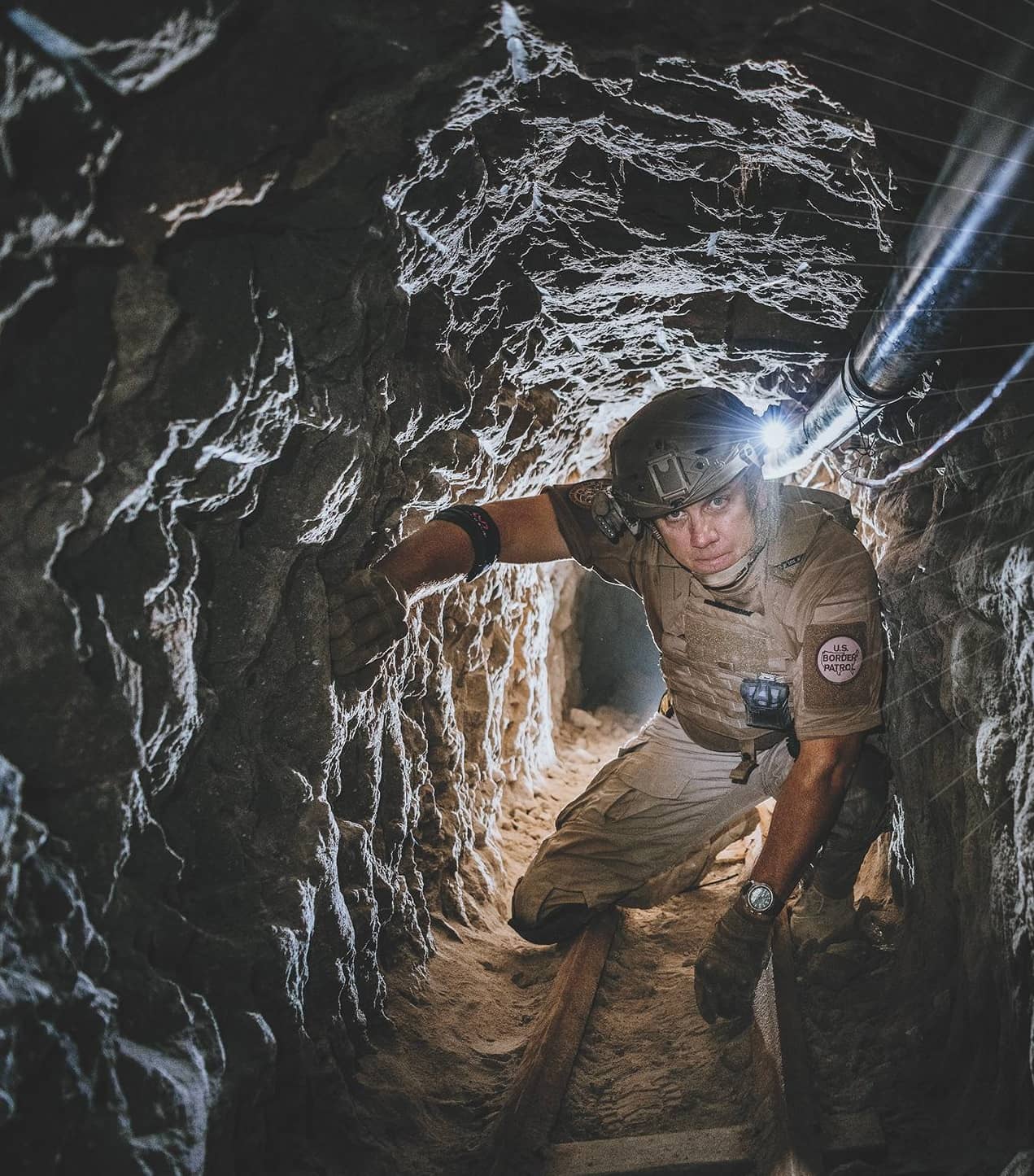 Deep below the U.S. Mexico Border are scores of illegal tunnels used t smuggle weed, opioids –even humans. The Border Patrol's "Tunnel rats" are on the case.

Eighteen feet underground, the air is humid, warm, and thick. I’m on my hands and knees inside a drug-smuggling tunnel between San Diego and Tijuana, Mexico, that’s three feet in diameter, with barely enough room to turn around.

There isn’t a dose of CBD oil massive enough to make the place feel remotely comfortable; by comparison, the back middle seat on a full United commuter plane seems as spacious as center field.

But for U.S. Border Patrol agent Lance LeNoir, this is normal—this is the office. LeNoir, a 50-year-old son of a cop from backwoods Oklahoma, heads up the five-man Confined Space Entry Team, San Diego Sector, which is tasked with finding, mapping, and “remediating”—or closing off and destroying—drug-smuggling tunnels throughout Southern California. The team, in existence since 2010, is colloquially known as the Tunnel Rats—an homage to the U.S. forces who flushed out Vietcong tunnel complexes during the Vietnam War.

LeNoir creeps through the tunnel ahead of me, wearing hard-knuckle gloves and tactical pants with pads that protect his knees, one of which was reconstructed in three surgeries. He wears a helmet with a communications system onboard; on his back is a rucksack filled with tools; at his side is a 40-caliber Heckler & Koch P2000 service revolver. He stops to explain that his team has investigated so many of these tunnels that they’ve started to recognize the narco-trafficking construction teams who built them, from clues like nailing patterns, the types of wood used to shore up the walls, even the severity of their keystone arch.

LeNoir chews some sort of lime-flavoured, minty gum, and a mojito-scented cloud follows him as we continue to crawl along. His language is sharp and sardonic, and his diction rolls downhill; as he speaks, you can tell that his mind is already a couple of sentences ahead.

We move slowly—perhaps he’s testing out how much I can take—and every few feet, he stops to riff on some tunneling concept or point out some feature. While describing the differences between the four types of cross-border tunnels, he takes umbrage that the particular one we’re in—discovered in 2016, secured, and now used for training—would be classified as “sophisticated.” It’s a misleading term, he says. “In reality, they’re anything but sophisticated,” LeNoir says. “They’re crude, hastily built, and inherently unsafe—due to physical conditions, atmospheric conditions, electrical conditions, water conditions, even geological conditions. I mean, there’s no structural engineer giving their blessing to this thing.” 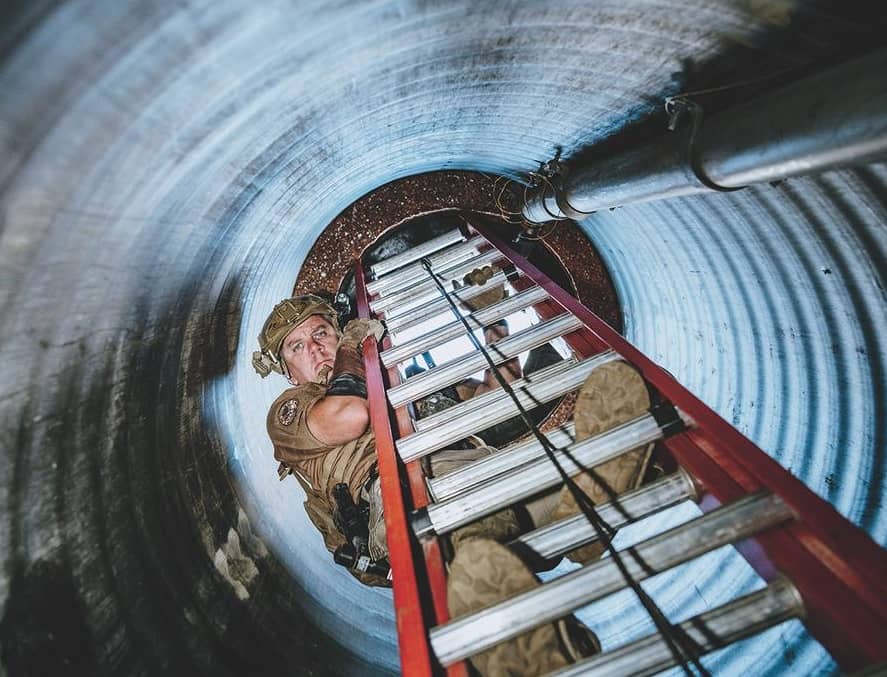 I am sweating through my shirt, trying to use as much of my mental bandwidth as I can to hang on LeNoir’s every word, in order to keep fast-forwarding through moves I’d need to make to back out of here—and to keep from estimating how many minutes and seconds I am from the surface, should I need to tap out.

Perhaps LeNoir senses this; he comes in with some gallows humor.

“Can you smell it?” he asks. “Each tunnel has its own note.” A pause. “It’s like learning to drink wine. You learn to appreciate the nuances.... Most of them have earthy tones—a little oaky, sometimes, actually.... Granite has more of a piquant, a kind of mustiness, because it traps water.... Then there are the tunnels that have more of a bum feeling because they’ve been heavily used.”

“Hey,” he says. “Make sure you get the word piquant in your story.”

A BRIEF HISTORY OF TUNNELING: AS the Border Patrol concentrated its efforts to stop a huge number of illegal crossings in the late ’80s and early ’90s, cartels sought alternate means to move people and product into the U.S. Traffickers increasingly ventured by boat into the Pacific Ocean, backpacked drugs across remote mountains and deserts, and took to the air to shuttle product via ultralight planes (and, more recently, drones). And thanks to the Sinaloa cartel’s notorious leader, Joaquín “El Chapo” Guzmán, they went underground.